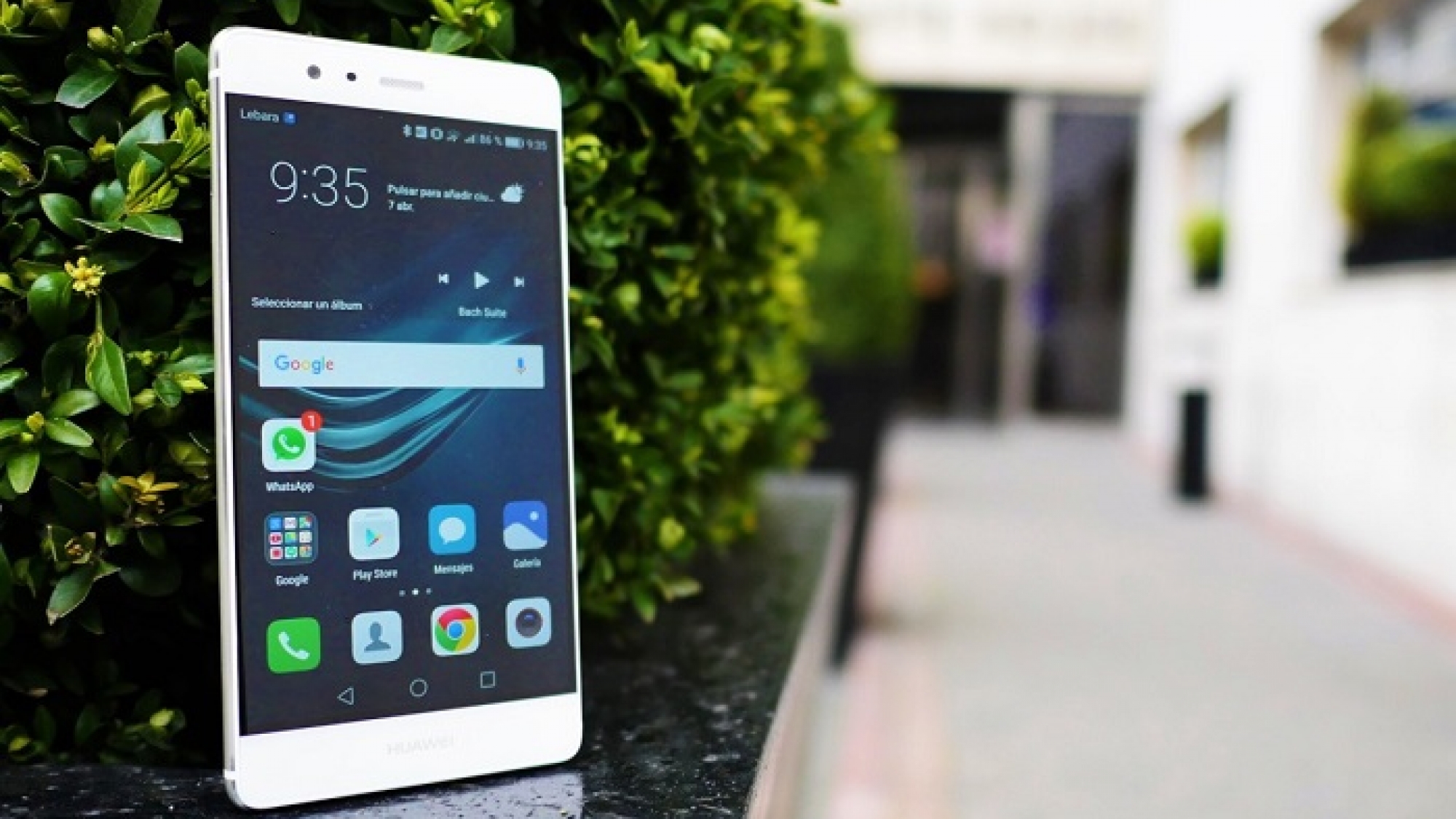 Huawei has just introduced its new family of mobile products Android, Huawei P9 and P9 Plus. With them comes the collaboration with Leica puts its bit in the photographic section: software and camera lenses.

The Huawei P9 is a powerful smartphone with up to 4 GB of RAM and a octa-core processor Kirin 955 with much to offer accompanied by a double rear camera 12 Megapixel sensor B / N and sensor color, both used to improve the quantity light available and integrate it in photographs.

Note: The version we tested has been to 3GB of RAM and 32 GB of internal storage.

While it is something that everyone knows, China’s Huawei terminals have jumped more than remarkable design. The latest models, for example Mate S, Mate 7 or Mate in August, and had a design out of range, well above the P line of the company. Is where most developments (apart from the camera) in the smartphone show. 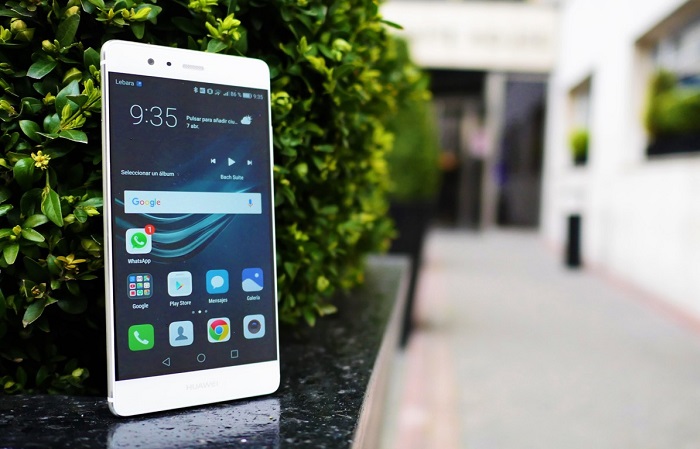 We are facing a mobile phone that has finished polished metal at the back, although Huawei confirms that also be available with brushed finish and even ceramic white. The front is covered entirely by glass Gorilla Glass and has rounded edges, not only in the glass but also on its metal chassis. There is a sharp smartphone, but catch when the curvature of the side edges, not only in the corners, thanks.

The screen itself is 5.2 inches and occupies almost the entire front. Huawei commented that had 1.7 mm from the outer edge to the screen, although we have to give a little slap on the Chinese, because this measure does not include the small black frame around it.

The design itself stands out for its thinness, less than 7 mm thick, in fact if you leave the smartphone is hard to believe that in 3000 mAh battery, although you confirm that it is.

FullHD screen, and why not?

This is perhaps the point where least progress Huawei staying in a panel IPS 5.2 -inch FullHD, already used last year and we have also seen in its second brand terminals Honor.

On the positive side we have the resolution on the screen diagonal is more than correct giving more than 420 dots per inch density screen and avoid passing bad shots the graphics hardware to having to move higher resolutions.

We liked the possibility that Huawei offers to manage the screen to our liking, i.e. to change the color temperature not only choosing between the calibrated for them, cold or warm, but we can change the color with which we see.

The viewing angles are good and brightness, failing to measure it with a tool I would say it is more than enough to be seen outdoors; it will be around 450-500 lux at a rough guess.

Rear cameras, in the plural in innovative configuration in smartphones

While we had seen smartphones with dual rear camera, HTC One M8, ZTE Axon Elite or the newly launched LG G5, all of them offers a different approach.

The first two cameras mounted above the other offering, through software, the possibility of selective or simulate post (software) changes target opening as in DSLR (hardware) refocusing cameras. The model LG G5, by contrast, mounted two identical cameras with lenses but differ in their degrees of vision, a wide angle.

What if captures less light? They are more likely than dark or indoor scenes image blur, this is because to equal the amount of light in the image have to use times higher exposure and the same goes with the ISO values, that just contributing more noise to the image. We will also have an effect of greater depth of field as a possible Bokeh effect will be less smooth.

Huawei’s solution is interesting and very complete as they are technically equivalent using two sensors, Sony IMX286. The first has no Bayer filter, which is what brings color to the image, so we have a monochrome sensor. You say what the advantage is if it is just black and white; it is none other than the amount of light received (about three times the quantities that it captures color sensor). According Huawei P9 is able to capture 90% more than the Galaxy S7, considering its lens 5 points brighter is well, and up to 240% more than iPhone 6S.

Thus both sensors are used to make catches leveraging color brightness data of the second. The result is very interesting and it gets freezing actions and images that would be difficult with a smartphone a priori.

Another feature that has also shown Huawei is take advantage of these two cameras to make selective approach retrospectively and simulate in real time, a change of optical aperture. I repeat simulate, since it is merely contrivance software. While it offers satisfactory results in most cases, in others we find certain stumped aberrations that do not correspond to reality or Silhouetted poorly resolved.

We have to test more thoroughly these features but it seemed interesting how at least to take a quick photo and get that bokeh background effect you can get with DSLR cameras.

Improved cameras also arrive with a hybrid focusing system that uses two methods according to the photographing distance: a laser approach to short distances and phase detection approach across the images of both cameras. The result, a very rapid approach even in low light.

And to end the camera is a result of collaboration with Leica in which we see a mix of features already offered by Huawei with an aesthetic Leica, Leica camera sounds and color treatments of the German software company. As noted notes, it offers the ability to shoot photos in RAW and manual controls other than the opening simulation mode.

Huawei gives the C’s with P9

Obviously behind the P9 is not only a system of new camera that promises good pictures without leaving a larger lens opening (which greatly expensive cost) but this is a smartphone that already runs Android 6.0 standard with support fingerprint reader native, energy saving Doze and all its improvements. Talking about the fingerprint reader, Huawei said that the level of security offered is higher than the other smartphones on the market, being a reader Level 4.

It is true that the EMUI layer is not to my liking, I speak personally, but in this version 4.1 have seen great advances in fluency, switching between applications and management of RAM and battery memory, although we have to test it thoroughly to remove conclusions.

Huawei gets into the car of USB type-C to the charging connector and P9 P9 Plus, this way we have a reversible connection and new possibilities for connecting peripherals. The battery charge is fast, or so says Huawei, as the charger is not Multivoltage but 2A. We promise a load of about half of the battery in 30 minutes to fill it full we will 110 minutes, almost two hours, good for a battery of 3,000 mAh.

The presentation gave hints of other improvements such as the possibility of global roaming or design triple antenna to avoid losing coverage as you pick the phone, but it is clear that what will make history this terminal will be for its innovative partnership with Leica and new photographic possibilities.