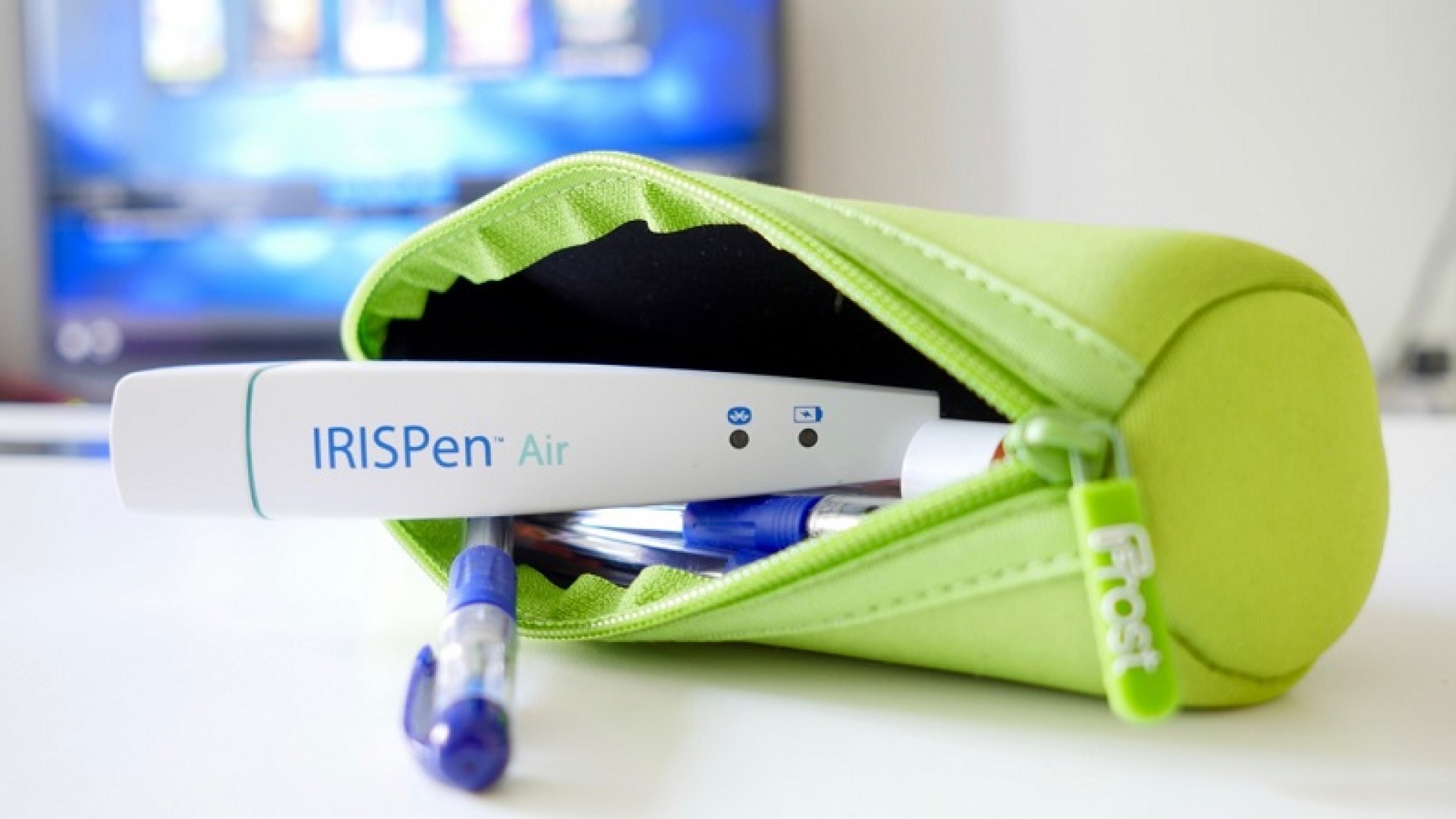 Surely, you’ve ever used the typical striking to highlight this important phrase in a written text, to give a touch of color or as part of your study methodology highlighter.

Air IRISPen is a scanner that greatly recalls that act, not only how it works but also for its shape. It scans text, letters and numbers, and even translates in real time what you scan loudly. It can work with a PC or smartphone and promises to be a gadget, at least, interesting.

IRISPen Air 7 comes as a device small size when compared to the hoary A4 scanners that one day all houses peopled and lately have been relegated to part of MFPs in the best.

It is the natural evolution of IRISPen, a portable scanner with USB connectivity and allowing scanning directly highlighting the text. It has been provided with connectivity Bluetooth and improvements in OCR software for PC and smartphone.

How small is it? 3.5 x 13.97 x 2.5 cm are its dimensions and has a weight of 28 grams. It is very light, perhaps too much for the volume thereof, giving the feeling of a finished or flimsy construction and plasticky but nothing is further from reality because it has proven to be a gadget robust. During our testing, it has endured transport bag, in case, even in your pocket and still like the first day.

As you can see from the pictures, this is a device that works so wirelessly via Bluetooth. In the rear part microUSB cable to charge the battery and used on computers via USB.

The manufacturer promises up to 5 hours of continuous operation wirelessly. We at various stages of use have touched that figure.

We are esthetically to a device white, reminiscent in part to a highlighter or a pregnancy test, but do not be fooled: the two LEDs indicate Bluetooth connectivity and battery level, has nothing to do with futurible pregnancy.

In the pack we also scanner with its cover, we find a USB cable and a small USB dongle that gives Bluetooth connectivity to your computer to that we connect.

The mode of operation of this portable scanner is simple. After pair with a smartphone or a computer via Bluetooth, you can make use of the IRISPen Air application from which you receive the scanned text and you can copy or paste anywhere.

Removing the scanner lid see a small structure transparent plastic. By supporting the scanner in that area, we see lights and that is when the gadget is scanning; meanwhile it is in standby mode.

How is the scanning process ? Air 7 IRISPen scans the text line by line – recognizes up to 138 languages-. You have to put a line in the center of the tip scanner and move steadily in the direction of the text.

Once this is done, the scanner is sending the image to the smartphone or computer that is the end responsible for conducting the OCR (optical character recognition) and gives as final product the corresponding text string.

With this text, the application offers options such as reading aloud the same, the translation into 40 languages and even reading in the translated language.

These latter options are quite useful when you are abroad and you need to know what a dish of a restaurant menu, or know what the signs of a tourism pamphlet say, for example.

You may also like to read another article on Web2GB: Logitech M535 and K380, Mouse and Keyboard Cheap Bluetooth

Learning to use it is necessary

Although once you match it with the smartphone / PC and the application, the connection is direct, we find some problems during use,

The crux of the issue is related to how we underline the text. Not only have to make a move keeping the text line in the center of the area of the reader, that transparent part that lights up, but we have to make a not very fast moving and at a steady pace as possible.

We are in a time when the user manuals not estilan, which use a device is very intuitive and practically have to learn to use anything.

As Steve Jobs said: “It just Works” seems to be something that we demand from each passing through our hands, it just works device, and IRISPen Air 7. Have found that does not answer all fine we would like to need a period of adaptation.

During that time we realize that works best with a medium and one constant pace too slow or fast. And you learn that the OCR system has a problem to correctly detect some characters.

On occasion we have tried to scan a text with a letter W and implementation has been recognized as “\ V” or when trying to scan languages like German with which it is quite common to have umlaut over vowels or French with accent marks left this recognition has not been as precise as it should.

Another critical points of this device is the charging time. While it has a range of up to 5 hours in operation, which is not bad, keep in mind that the full recharge takes place in just over two hours.

If you think that with this scanner you’ll recognize freehand text, we have to inform you that it is not possible since in that case correctly predict the character is almost more a matter of chance that precision software.