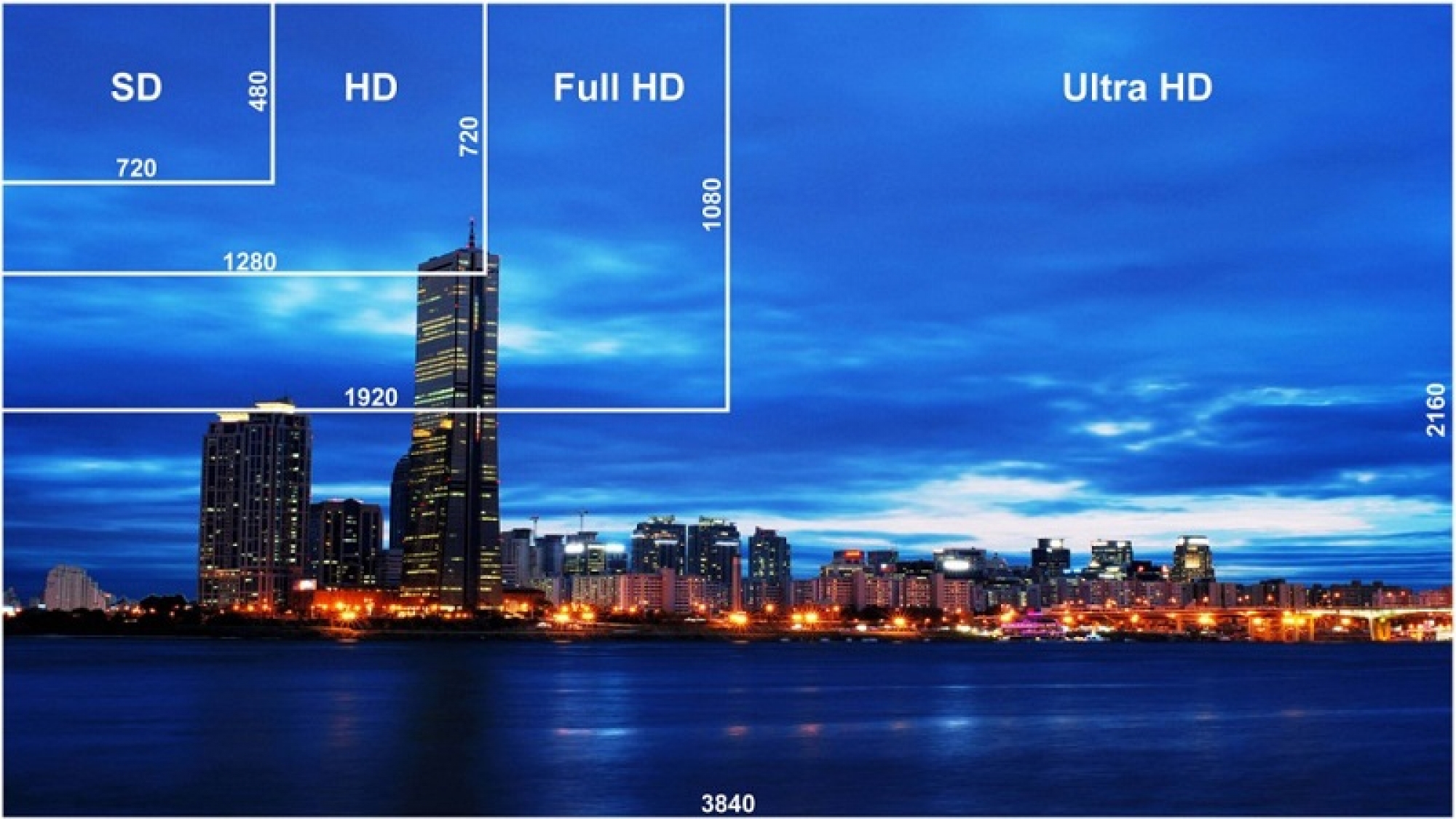 The UHD screens are the next big step into the world of resolution and detail. An evolutionary leap proposing an even greater definition to achieve 3840×2160 pixels. UHD, the Ultra High Definition, comes to mean Ultra-High Definition. ‘Ultra’ is a lot.

How high does the definition of a UHD panel? To give you an idea involves incorporating more than 8 million pixels on the surface, something unprecedented and unimaginable a few years ago. But wait, what does this ultra-high resolution? What are the implications for the user to have a UHD screen on your computer? 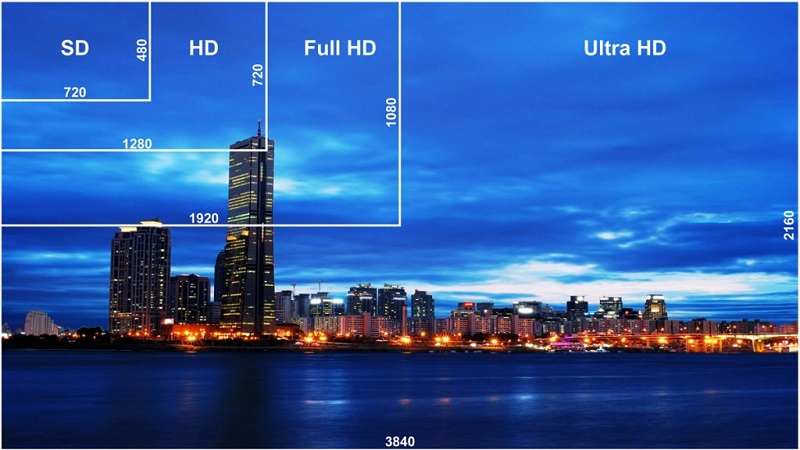 What is a pixel?

Before getting into flour, it is necessary to explain what is a pixel. For decades, we use them, but the reality is that many are not even aware of their existence.

The screens are composed of pixels, small squares (generally, although there are other forms) that are the forming screen. Each of the pixels on the screen is responsible for issuing a particular color, in a range that generally covers several million hues.

If you look closely at the screen where you read these lines the see, larger or smaller depending on the resolution of your device. Typically red, green and blue – – which, combined with different lighting power, are what create a microscopic level each key component of the pixel, little lights of various colors are also observed. A single pixel emit a single color at all times, but with more pixels can start playing.

The pixels are closely related to the resolution of the screen. You are used to seeing terms such as HD, Full HD or UHD. These three palabros refer to different “standard” resolutions market, although there are dozens of resolutions as the display format and the number of pixels.

HD are 1280×720 pixels and comes FullHD 1920×1080. Meanwhile, UHD (also known as 4K, although it is not an exact term) goes up to 3840×2160 pixels. Each of the figures refer to the number of columns and number of rows of pixels in each resolution, thereby obtaining the product between the two have resulted in the total number of pixels for the resolution:

As the screens have been gaining in resolution, many have begun to think about the usefulness of this innovation. Why would we want more pixels if we were not able to see them?

Under this question, applicable mainly to television, a concept born: the Lechner distance, which determines the distance at which the human eye is able to distinguish the details of the different resolutions of TV, and the necessary size as the Users note that improvement.

Of course, this refers to TV. In other devices such as computers, smartphones or tablets, things change, because the handle at a much closer distance. Lechner concept does not apply here, although many would argue that for devices that handle less than half a meter (tablets, smartphones) ideally get a pixel density of 300 ppi, from which no longer will notice differences.

The pixel density is a very simple calculation, dependent on both the resolution and the screen size. It refers to the number of pixels per unit area; dpi is dots-per-inch. This calculator Sven is ideal for the number we are looking for, and we can obtain the following information:

According to the premise of 300 dpi, larger screens to work with these resolutions have no greater impact on the quality observed by the user, although it is true that some refuse the largest and disagreed: some people are able to notice differences in quality over 300 dpi.

The pixel, more than the “square” your streaming Pirate

Many think that the pixel is the ‘square’ you see in a streaming pirate shoddy, or in a YouTube video recorded at low resolution. Although there is a certain relationship, the reality is that a pixel is more.

We said before that you could see the pixels on this screen you have in front of your eyes, and is a very interesting exercise to compare ‘size’ if closer look to different devices. Try your smartphone, and then your computer. Finally, the TVs are usually the ones with the larger pixels, which will be easier to see them.

Not everything we do with the computer will use the highest resolution available. To check this, as simple as a video display HD (1280×720 pixels) in a FHD (1920×1080 pixels) display; each of the pixels of the video will take approximately four of the available screen. This also applies to other uses, such as video games or images.

In addition, it is in the pictures where you can see perfectly the operation of the pixels in the digital era. Choose an image, you want, and open it with a photo editor (Photoshop type, Gimp or online Pixlr). At first sight, you will not see the pixels, but try to zoom, and do not stop until you see them in front of you. You will have to do more or less zoom depending on the image resolution, but always end up finding them.

It is especially attractive to see the pixels in the text and letters, and it is in this type of content where it is often notice the increase in resolution. The image shows up here as well, although you can also search any image with some lyrics and, as before, to zoom in to see for yourself the pixels.

The differences between a screen and a plain little UHD screen

What we notice differences between a screen and a plain little UHD? There are, of course there are. Moreover, if it is true that not all will notice, yes with many of the tasks of our day.

Verily the text on the screen in any website is much more crisp with a UHD screen in front of the above. The difference is almost imperceptible, but eyes quickly and then get used, if you return to a non-UHD screen, you will notice.

The game, for example, other content where more notice the difference. The textures are much more accurate the higher the resolution and it shows in the whole experience, which allows for a much more immersive. Moreover, within the game, in everything from texts, signs, characters (the details of their costumes, their faces, etc.) or scenarios.

In almost everything, but not everything. For example in the world of video, it is difficult to seize as UHD or 4K resolutions, at least for now. Videos YouTube rarely have higher resolutions Full HD, with some exceptions. As phones and cameras capable of recording 4K go settling on the market, the higher the content that exists on such portals.

Speaking of video services like Netflix something happens. There are series and movies in 4K, although they are very few compared to HD and Full HD options. Again, you need time and 4K TVs – increasingly – become entrenched in the market.

Finally, the positive side is that the operating systems support higher resolutions as UHD smoothly, and therefore the equipment to mount this type of display can make the most. For example, the ASUS N552, a new laptop that will begin shipping in from February, UHD has a 15.6-inch screen that can be used to the full in the Windows 10 pre-installed system, including from the menus and tools the system to web browsers (yes, and all the web pages of the market) or other applications. Depending on the application the system is resized to be displayed properly, taking advantage of the higher resolution and providing a better user experience.