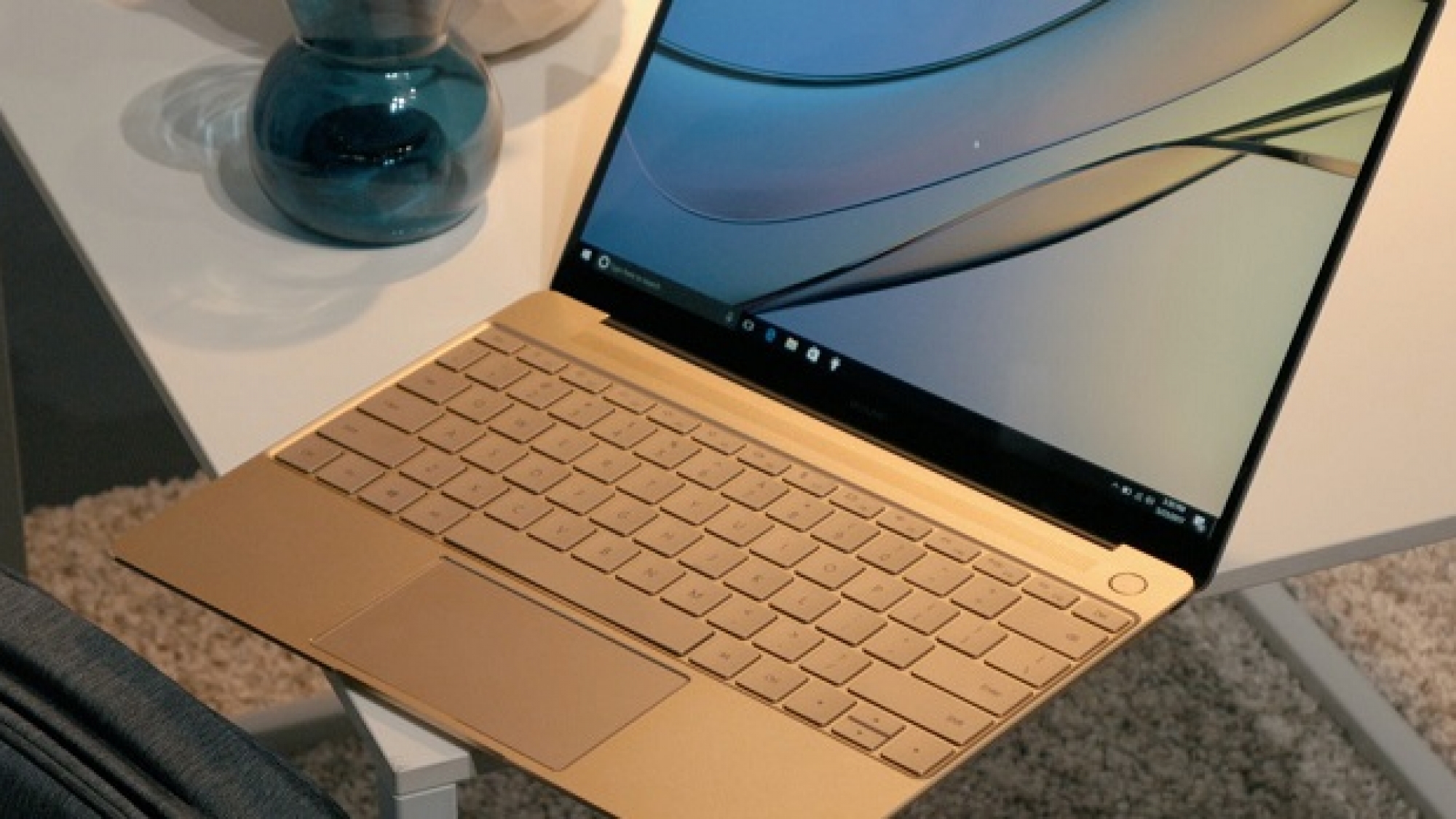 Huawei launched its first high-end laptop, the Huawei MateBook X. A team taken care of in every way and with innovative aspects. After their presentation, we were able to spend some time trying and seeing what it offers. Or at least a part, because there are things that we will have to wait for the analysis to comment in detail.

For now you advance that design level is way above classic PC manufacturers. And if performance issues meet as expected we could be facing one of the most attractive teams on the market over the next few months.

A design at the height of the great

Huawei had one thing clear during the presentation of the Huawei MateBook X: this is a team with great design work, both external and internal.

The Huawei MateBook X is a small team in dimensions but where every millimeter has been used very well. So much so that the first thing that catches the eye, beyond being smaller than an A4 sheet, is its screen.

With super-reduced frames, the front has an 88% screen ratio. A figure that not only offers a very attractive finish but also the possibility of mounting a panel of 13 inches where others would have to resort to a 12″.

The rest of the equipment, with a unibody body, is made of metal and with a quality in the assembly to the expected height. If we add that it weighs very little (1.05Kg) it results in a laptop that will attract many users. And is that, despite some differences, is a worthy rival for Apple and its computers.

An interior that falls in love

When you face a notebook of these characteristics, the first thing you think is that you have to accept commitments, with performance being the most important. Well, here Huawei has managed to use the Intel Core i family instead of Core M and that is not a problem.

With options that integrate the Intel Core i5 or i7, version U of low consumption and seventh generation, at power level will give more of a joy. It is true that there will be limitations, during the test we could not squeeze or see how far they will be able to perform, but it is still better option than the Core M when we are going to use more demanding applications.

You may also like to read: Huawei MateBook D: 15.6 inches for a notebook equipped for multimedia consumption

Of course, you ask yourself how you can cool these processors. The answer is very interesting, Huawei Space Cooling Technology is the name of the technology that the manufacturer has used for the passive cooling system it includes. Which thanks to the use of several pipes and a greater surface dissipation allows the MateBook X can dispense with fan. Which translates into a silent team completely.

You will have to see in practice how cash turns out to be but so on the paper paints very well. Although we will have to wait for the review, in the time that we could try, we did not observe anything strange but again it is a test that must be carried out with calm. Because in one way or another the heat has to leave and with a metal body the greatest fear is that it is not possible to distribute the heat evenly. This would adversely affect the use experience when we do this by supporting the equipment in the legs.

The Huawei MateBook X is a team that comes very well visually and also wants to do it auditively. If by design you also like the screen, which offers a very good image quality, sharp thanks to its resolution of 2160 x 1440 and its vivid colors.

In matters of sound he does not want to be less and boasts of being the first with support for Dolby Atmos. That support according to Huawei will allow to offer a better quality of sound through its internal speakers. Here we cannot say yes or no, but not many illusions. During the presentation the ambient noise was too much like to test the performance of them.

What we could do is try in a cabin prepared for the occasion its performance with a headset. And here the thing changes. We want to try it calmly but we think that with headphones can give great results as long as, of course, the content is apt to take advantage of Dolby technology.

A tough rival for the ultrabooks sector

The Huawei MateBook X has plenty of conditions to stand as a tough rival in the ultrabooks sector. It is true that it is a complicated market with a very particular public. But its technical sheet and prices, plus the declines that we know usually suffer from PCs in a few months, make them stand very well.

A design level is a great laptop. The keyboard offers a nice touch, is comfortable and the keys travel correctly. The trackpad is true that it is small but still efficient. And details such as the two USB ports C (with the advantages and disadvantages offered by the need to use adapters), cooling system, battery up to 10 hours, etc. Score well on this Huawei MateBook X.

However, after a few first impressions, the only certainty we can say is that aesthetically it is very attractive (there are several colors available). Everything else we will see later when we do the review. But if it is not easy to enter the PC market Huawei at least can say that his first step has been firm. And as a brand already has a lot of land won. Now to wait for feedback from users.