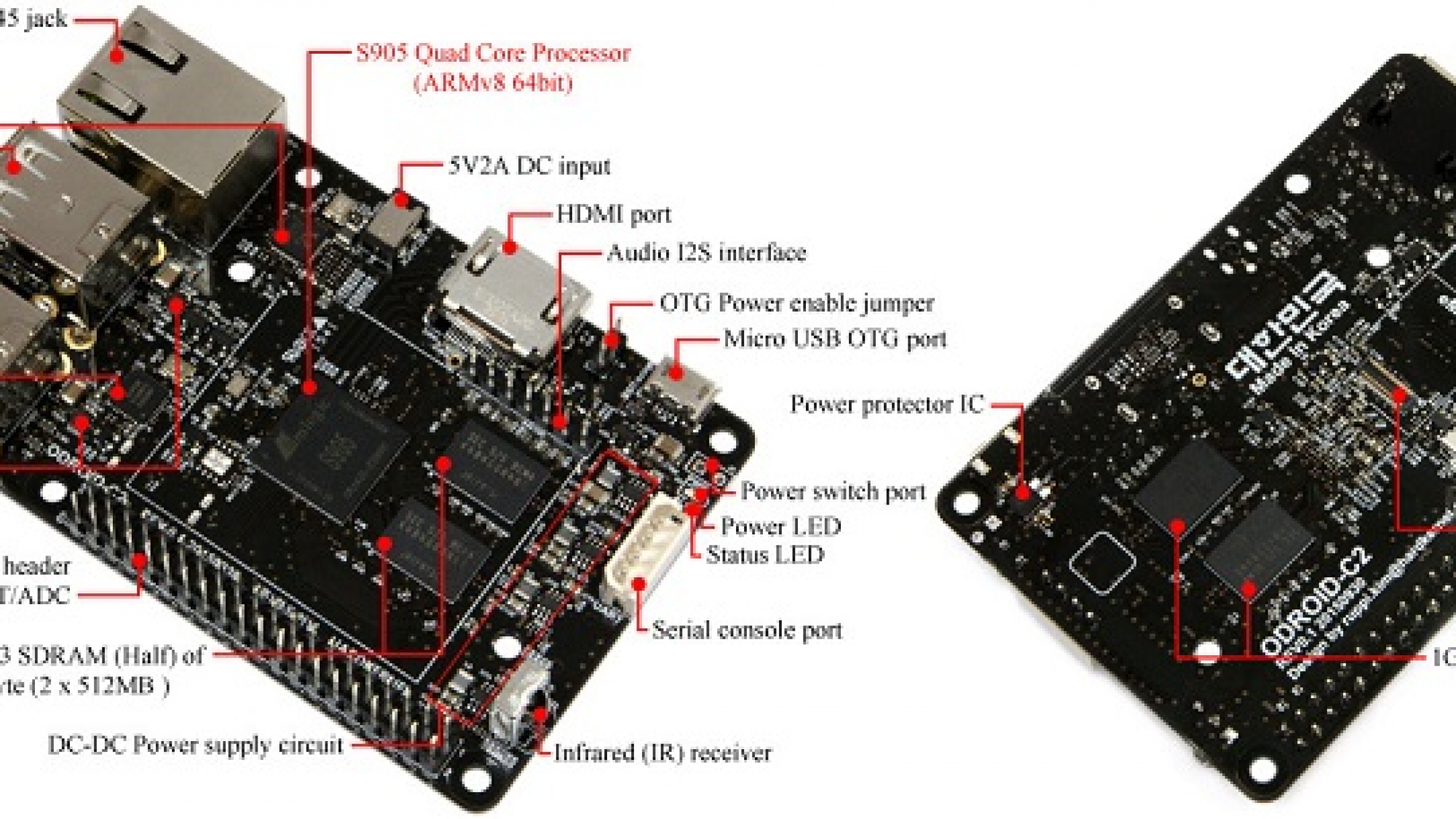 A few hours that we have met the expected Raspberry Pi 3, competition in this in minimum cost computers has been rapidly presenting alternatives. Some of you will ring plates ODROID, returning with an affordable solution that improvement in some aspects PI 3.

The new entrant is called ODROID-C2, and is a ‘minimum’ computer that costs more than $ 40. For that price its creators – Hard Kernel – offer us a team that is faster than Raspberry Pi 3 plus fold in memory.

Obviously everything is not perfect, is a step behind in wireless connectivity does not have WiFi support, either Bluetooth, which are the two star specifications of the new plate Raspberry.

But not walk take in connections, since we can assess positively that there is a port Gigabit Ethernet, so it will be a bit of our needs determine whether we make eyes at the new ODROID. There are also four USB 2.0 ports, an infrared receiver and an HDMI 2.0 output that allows take a 4K / 60Hz output, supporting H.265 / H.264.

The chipset bearing plate C2 is a Amlogic S905, which is within quad – core processor running at 2GHz. The type of nuclei is the same as Raspberry Pi 3 the ARM Cortex-A53, but that model running at 1.2GHz.

You may also like to read another article on Web2GB: HyperX presents new options for their high capacity and Predator Savage DDR4 memories

In the graphic we have a GPU ARM Mali-450, a solution that we have seen within affordable handsets with MediaTek hardware or HISILICON. In the case of the new Raspberry remember that Broadcom has given it a squeeze to VideoCore IV, bringing it up to 400MHz. We are not in a position to assess what is best option, but we will try to expand this matter.

Although actually was announced a month ago, it is put on sale and, curiously while the competition.