It is a bit strange to start an analysis and soon to know that the company will stop making the product. That is what has happened to us with the GoPro Karma, a drone with some complicated beginnings that seems not to have been competitive enough in a market where DJi dominates.

Despite this, since we were involved in the task, we decided to move forward. Because, now that we have tried it in time, we have to say that it may have been treated unfairly. So if you are interested in drones in general and Karma in particular, here is our analysis of the first and last GoPro drone. 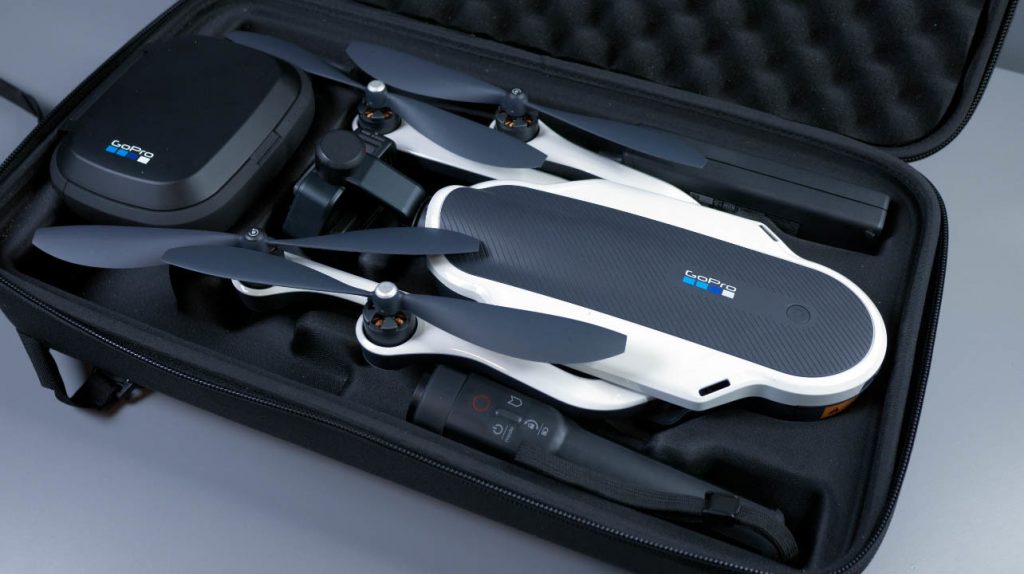 GoPro Karma is a drone with a series of features that may not attract much attention. In design is not disruptive, or stopped being a few weeks after its presentation because of Mavic Pro DJi, its benefits at the level of sensors, but still is a product of the brand as we will see below.

Of the backpack it is necessary to say that it is very well manufactured. The level of protection is high, it is comfortable to carry both as a backpack and briefcase and we have space to save the command, additional battery, charged and the propellers placed on the folding arms of the drone. 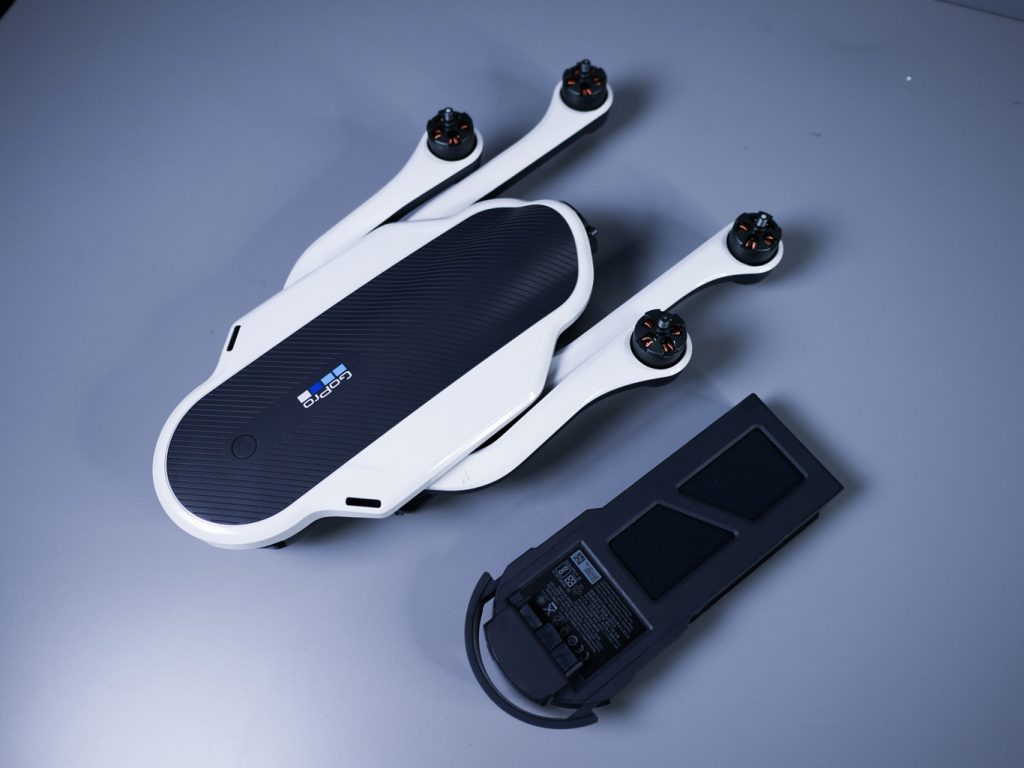 GoPro Karma is a drone with a folding design and a shape similar to a spider, where the gimbal is not hidden under it. This is an advantage over other models. And it also has an explanation of why they did it like this: it’s removable.

Made with materials that convey good sensations, it will not be an indestructible drone but we would bet that it will stand the test of time as well as the GoPro cameras. What’s more, the whole set has that GoPro design. Possibly because in his mind were the athletes and adventurers in the first place.

Other interesting details, some for good and others for bad, are the following …

With all this, at the design level and with generous dimensions (365.2 x 224.3 x 89.9 mm), Karma GoPro is not going to stand out for being the most striking drone aesthetically but it turns out to be a very functional product, of good construction and capable of fulfilling what it promises. Another thing is that there are alternatives that make it better. But hey, we keep moving forward in our analysis.

The command, your first flight instructor 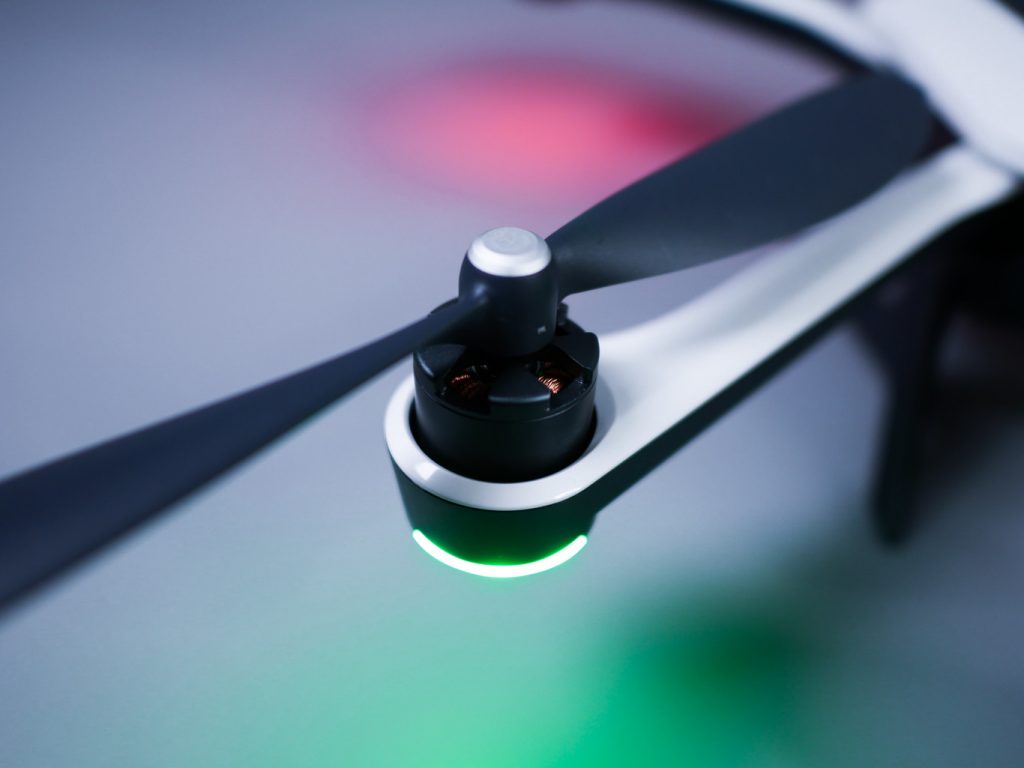 GoPro has done something that I find really interesting. In its command, a shell-type control that we now give more details, a flight simulator is integrated. That way we can recreate the driving experience of the GoPro Karma. It may seem silly but for the inexperienced user it is a first aid that will allow you to become familiar with the controls and even the two control modes, seeing at all times what the Karma camera captures or next with our view of the drone itself in the heaven.

Knowing this, the control has a rubbery feel that makes it comfortable to hold. It also prevents it from being slippery and that, together with its size, results in a very satisfactory experience. Another interesting point is that it integrates a touch screen. Therefore we will not need to connect our smartphone to see what the camera captures.

Continue Reading: Garmin Fénix 5X, with the necessary maps to not lose you in the mountain

More things about the command and its operation …

With a very simple interface, a screen during the pilot easy to understand and with access to the most important options as well as useful information such as the distance of the drone from us, the height, speed of flight time and remaining battery the control of GoPro Karma It leaves us good feelings after the test days.

Regarding the software, right now it is in version 2.0 and that has added new automatic flight modes as well as improvements that make creative things more attractive. 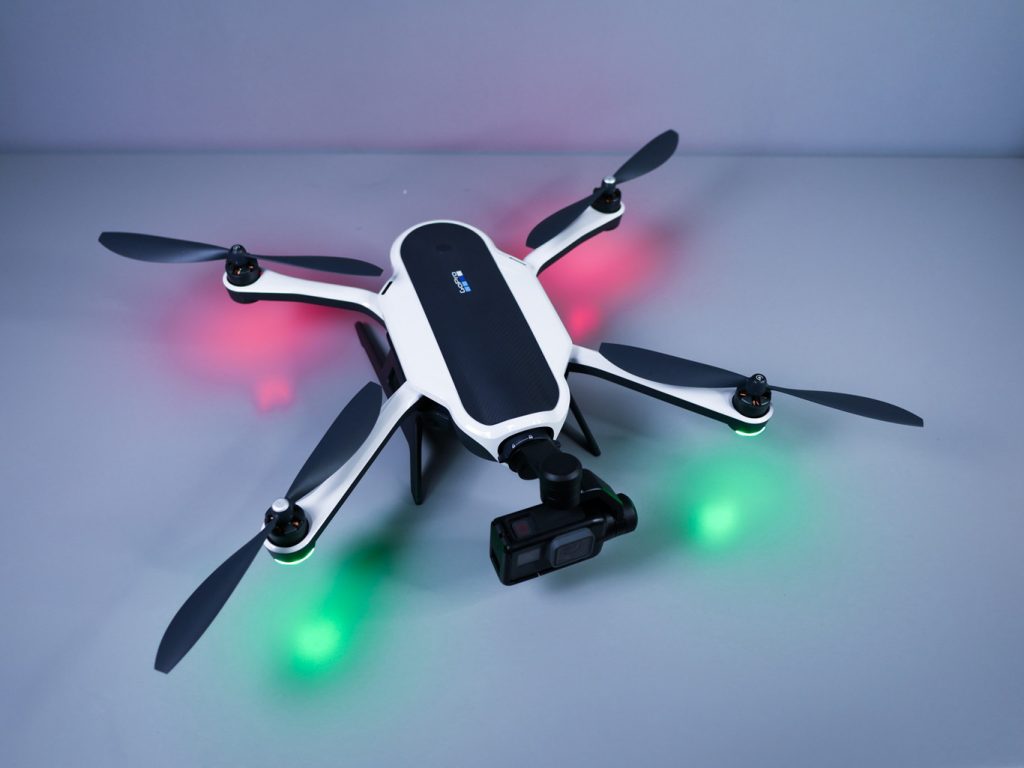 Beyond the competitive that is the drone market, of the privileged situation of DJi whose catalog increases and increases, the great problem of GoPro Karma arrived a few months after its launch: the engines lost power and the drone ended up crashing.

That inconvenience forced to withdraw the units from the market, solve the problem and send their buyers back. They did it, they complied, but the damage was done. Many users no longer trusted and that also made them not appreciate their virtues when flying and capture multimedia material. During our test days the conclusions that we have been able to draw have been as follows.

The GoPro Karma is a drone that does not have the number of sensors, cameras and other technologies that provide DJi drones with very high intelligence and flight safety. But if we are experts in the flight of drones or we go with caution until we get loose there will be no problem.

The control levers of the control respond very well, with an adequate sensitivity that translates into a good response for the piloting. The only downside that we can put is that once established the flight mode, such as follow me mode, we can not close the top of the command to start our activity. Although it is also something understandable.

For the rest, in different situations the drone behaved very well. Thanks to its size and weight, the resistance to strong wind gusts was good. In the middle of the day of the lift the stability in flight was something to emphasize. Of course, its ability to withstand gusts of wind up to 30 KM / h implies that in this situation the battery consumption increases, so the flight time is shorter.

With the Karma battery we can fly about 15 minutes. Despite the size, the design itself and other conditions, the flight time is reduced. Therefore, it is highly recommended, almost essential, to acquire some additional battery to take advantage of every exit we make to fly the drone.

The flight experience in general was very satisfactory. Something that not only seems to us, also to Francisco Serrano, professional drone pilot with whom we always count for our tests for his experience in the sector.

GoPro Karma, a drone whose camera is upgradeable 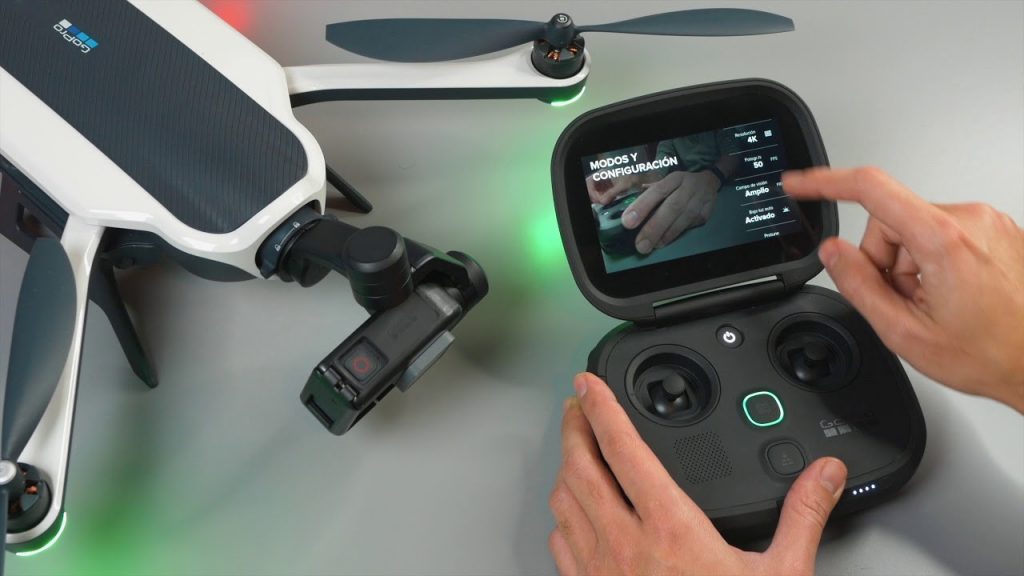 There are those who defend the possibilities and quality of GoPro cameras and those who do not. But if something positive has GoPro Karma is that your camera will be upgradeable.

When it was launched, we could use the GoPro Hero 5 and Hero 4 through an additional accessory to adapt it to the gimbal. Now we can also use Hero 6 and that is very interesting.

Having the ability to improve video and photo recording capabilities with just changing the camera is something that not all drones offer. And if we do, we already talk about very specific products like the DJi Inspire 2.

It is true that it may not be a requirement or something we do constantly. But having the option is interesting. Also the possibility of changing it in case of any failure or possible breakage. So I do not have to change the drone to keep recording, I think it’s something that everyone will like.

Speaking of the quality, because with the Hero 6 (camera used by us during the test) the results are what many of you will already know about GoPro. Video clips with good resolution, more now that we can not only record in 4K but also at 60p, although in low light conditions it still generates too much noise. But the usual user of GoPro cameras we believe that he will appreciate very much the possibilities that this drone offers.

For intensive GoPro users, as we have said, small producers, etc. Karma offers many possibilities and saves things like having to match clips from different cameras. A process that is not impossible but it is tedious. So simplifying workflows will always be something attractive.

For the rest, if you want more samples of what GoPro cameras can do, you just have to go to the official channel of the brand. The only thing is that with Karma the shots can be aerial.