A robot faces a samurai in a battle for accuracy. The robot really is assisted by human and demonstrates how technology can be accurate. More information below.

In a world where culture is sometimes neglects to adopt the technology, such as Chinese writing and computer keyboards, we also see how the technology achieves amazing feats of things past. 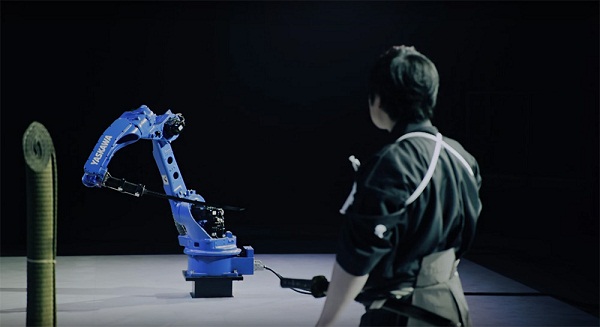 The fearsome samurai warriors have an enviable precision and skill, make a robot perform the same movements has much merit and this is precisely what was done with the Yaskawa Bushido project.

This nice samurai “robot Motoman MH24 “dominates the katana. Despite the show of precision, the robot was not exactly designed to be a samurai but for other activities and was intended only to appreciate the video that can perform precise movements to be assisted by a person.

It is not surprising that in a few years we see fighting between robots, are managed by humans as in the movie Real Steel (Pure Steel or Steel Giants) or have sensors that allow them to have autonomy within a perimeter.