Within its extensive range of portable gaming, the MSI GT75 Titan knew that it would stand out for a simple but very powerful reason: the combination of a whole Core i9 with an Nvidia GTX 1080 graphics card and a mechanical keyboard brand of the house.

Of the new gaming notebooks presented by MSI for 2018, the MSI GT75 Titan is once again the reference model by pure brute force. Of the technical sheet of the GT75 Titan of this year stands out especially the processor for portable of the series Core i9, with six nuclei and 12 threads unblocked for overclocking and that will be able to be accompanied of up to 64 GB of memory DDR4-2666 RAM. As a graphic partner we could not count on another: the GTX 1080 from Nvidia.

Perhaps the only downside at the configuration level is on the side of the screen, where the diagonal of 17.3 inches does not let us go beyond the 1080p resolution with a panel of 120 Hz (nothing of 144 Hz yet) and time of 3 ms response. 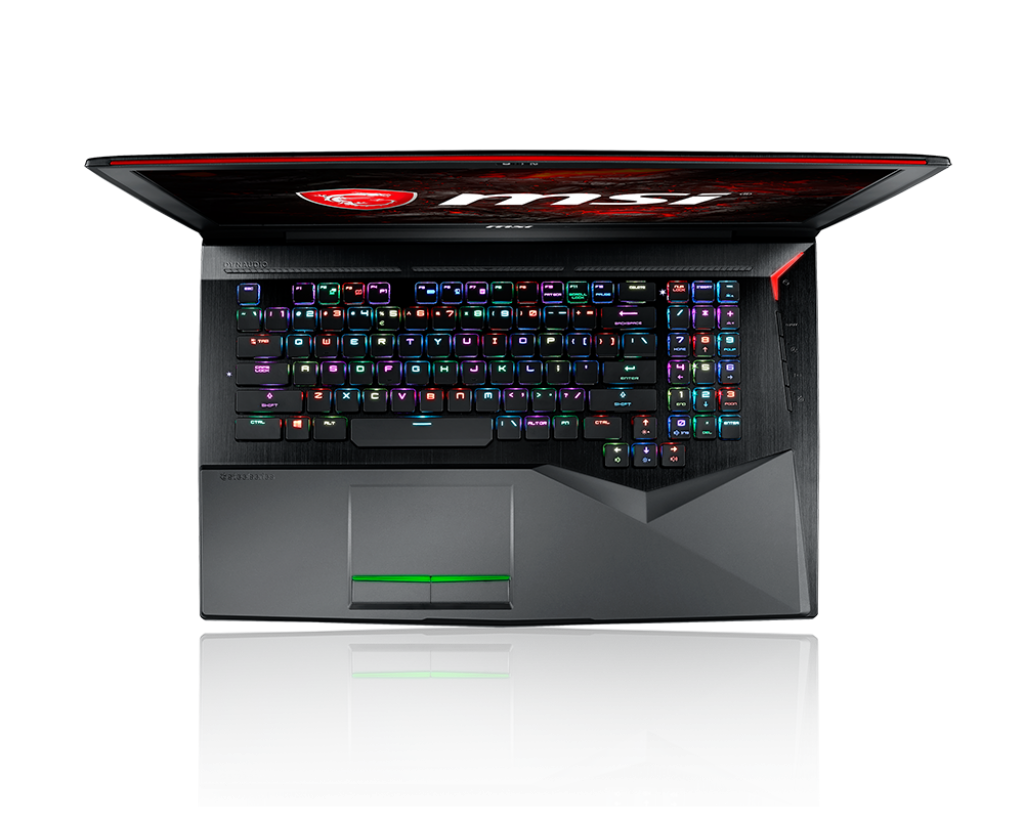 A feature of the MSI GT series is the mechanical keyboard that gamers can count on for their games and day to day. In the new GT75 Titan we find a full mechanical type keyboard (Rapid Steelseries) with 3 mm travel keys but short acting distance of 1.5 mm for a faster response.

If the keyboard is striking, it is. In the GT75 Titan Steelseries technology is kept called Per Key RGB that places individual lighting on the keys with up to 16 million combinations.

The management of the illumination of this keyboard is responsible for a new version of the Dragon Center software, which, among other features and aids, allows the creation of customized lighting patterns by games. Among the compatible ones we have DOTA, LoL, Overwatch, Destiny 2, WoW and of course PUBG. 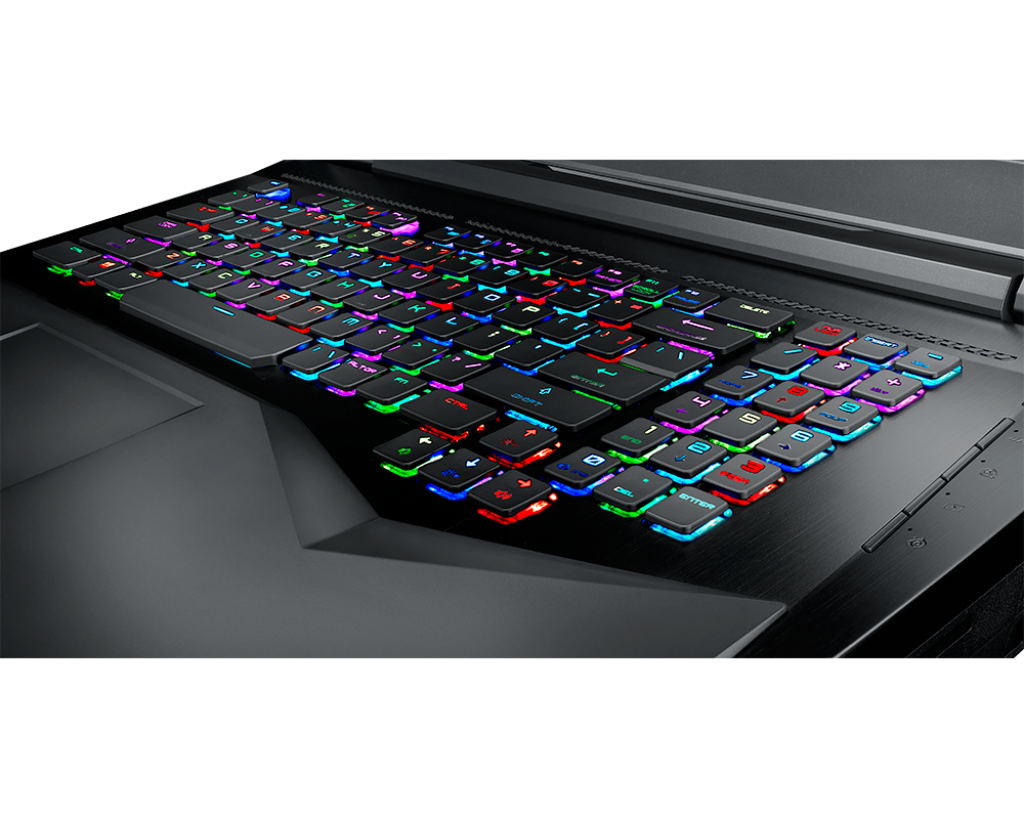 The sound of this laptop has also been improved for players as well as for those who seek maximum fidelity. From this section MSI has relied on Dynaudio, which places Hi-Res sound with a 24bit / 192KHz DAC, as well as bass reinforcement taking advantage of the thickness of the equipment.

A gaming design that does not hide

While other manufacturers (and also some model of the MSI itself) try not to look like gaming computers at first sight, everything in the MSI GT75 Titan tells us what their main mission is just by looking at it.

The MSI GT75 Titan, like the previous generation of this series, is not a model of precisely thin or discreet laptop. At the back, where the two cooling nozzles are impressive, they are almost 6 cm thick, for a total weight closer to 5 Kg than the 4.

Precisely the cooling system is key in this equipment. To contain the fury of both core and graphic performance there is a new generation of cooler Cooler Boost Titan, the most powerful MSI uses in its extreme series. The system is composed of two large but thin (0.8 mm) fans, each with 29 blades to move heat that reaches up to 9 heat pipes. 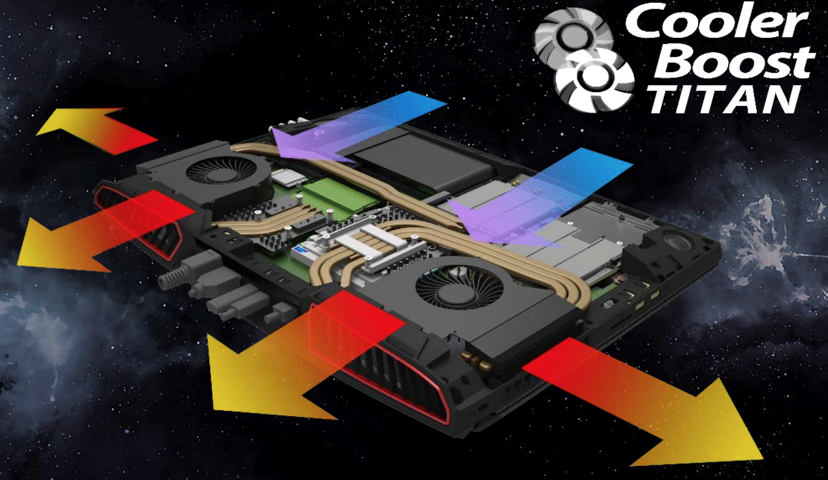 Thanks to the considerable size of this MSI gaming notebook, the connectivity part is not limited at all. Among other ports we have HDMI output (4K / 60Hz), MiniDisplayPort, five USB 3.0 ports of type A and one USB-C (3.1 Gen2 and Thunderbolt 3) and 10Gbps LAN, as well as WiFi ac 1550 with speeds of up to 1.7 Gbps.

Models, configuration and prices of the MSI GT75 Titan

As in previous generations, the MSI GT75 Titan series can be configured with many variables in terms of processors (Core i9 but also Core i7 eighth generation), amount of RAM, graphics cards (from GTX 1080 to GTX 1070) and combination of SSD M.2 with traditional hard drive.

These configurations will depend on each market, and for now neither prices have been confirmed nor confirmed.