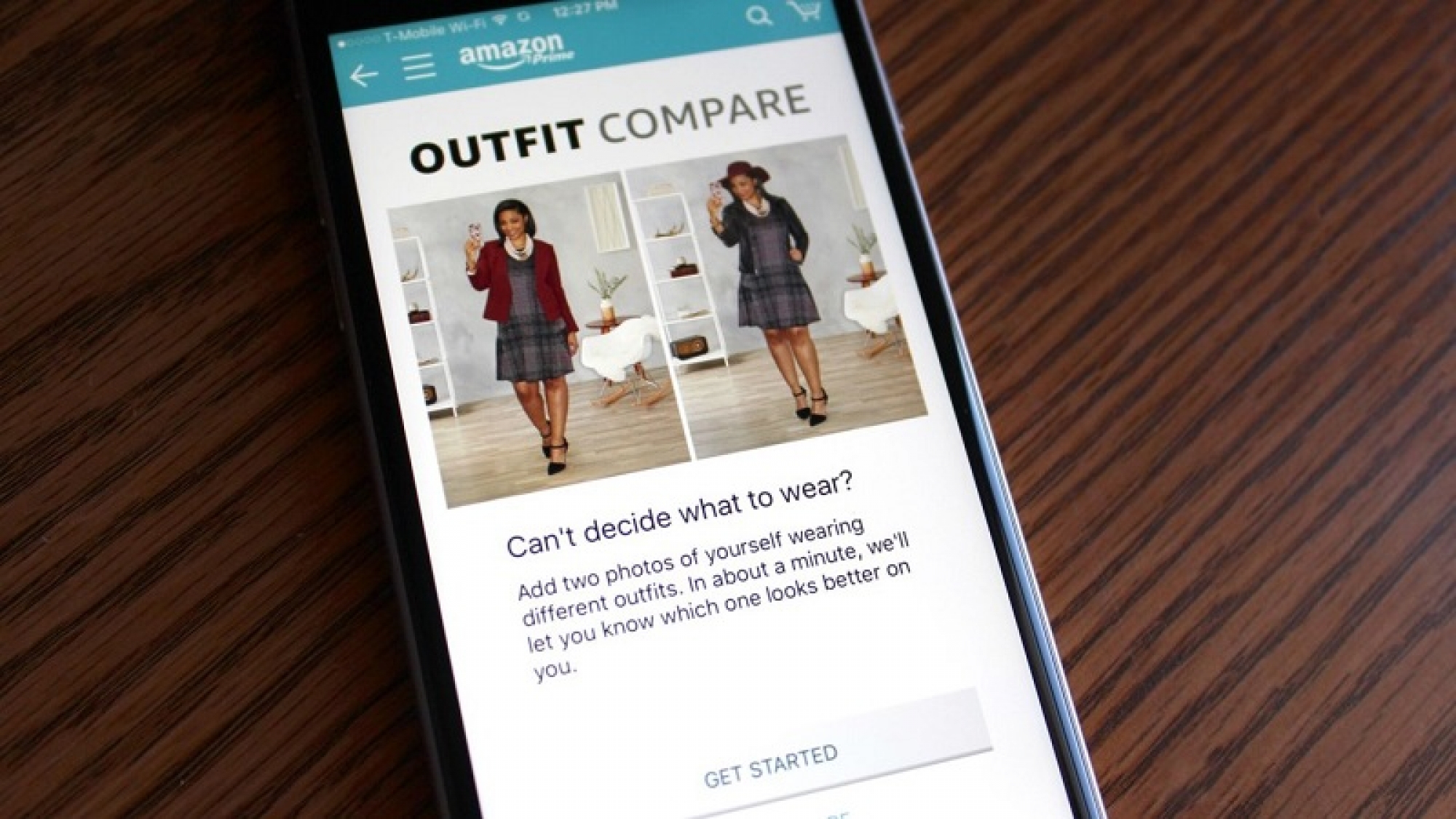 Yes, sometimes our tastes could not go with the trends dictated by fashion, something that is complicated when we think that some garment is going great and we have no one to ask for a second opinion. As it seems that Amazon wants to end with that, since they are launched a peculiar feature for users of the Prime service in the United States.

‘Outfit Compare’ is the name of this new feature that Amazon is launching within its iOS application, and that in coming days will reach Android. Here we will have at our disposal a kind of fashion consultant, who will easily help us compare two sets of clothes to tell us, which one of them looks the best. 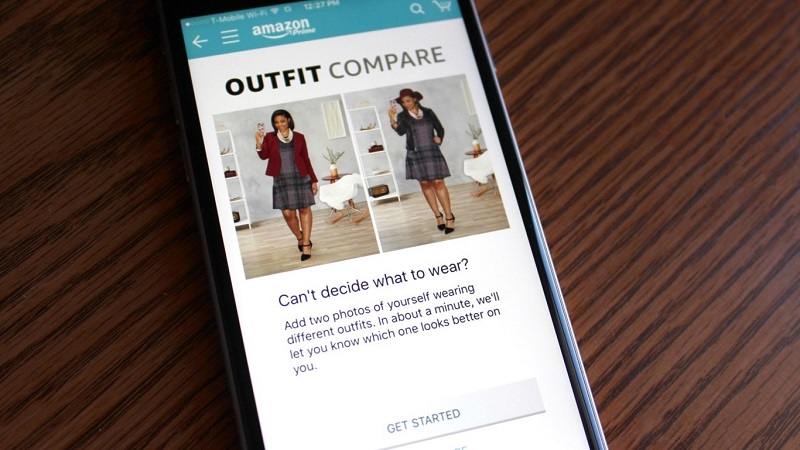 This is an extremely simple feature that can help us get out of a hurry, because according to Amazon behind this function is a team of specialists in fashion , who will determine our appearance based on colors, our complexion, style and Current trends. Well, that is the official version of Amazon, but we doubt that there is someone behind the 24 hours waiting to receive the photos to give a verdict.

To use this new function we only need to upload two photos with the clothes we want to compare, these will have to be full body, and within a few minutes, we will have one of three possible answers: “definitely choose this”, “we like this more”, or “you are close”. 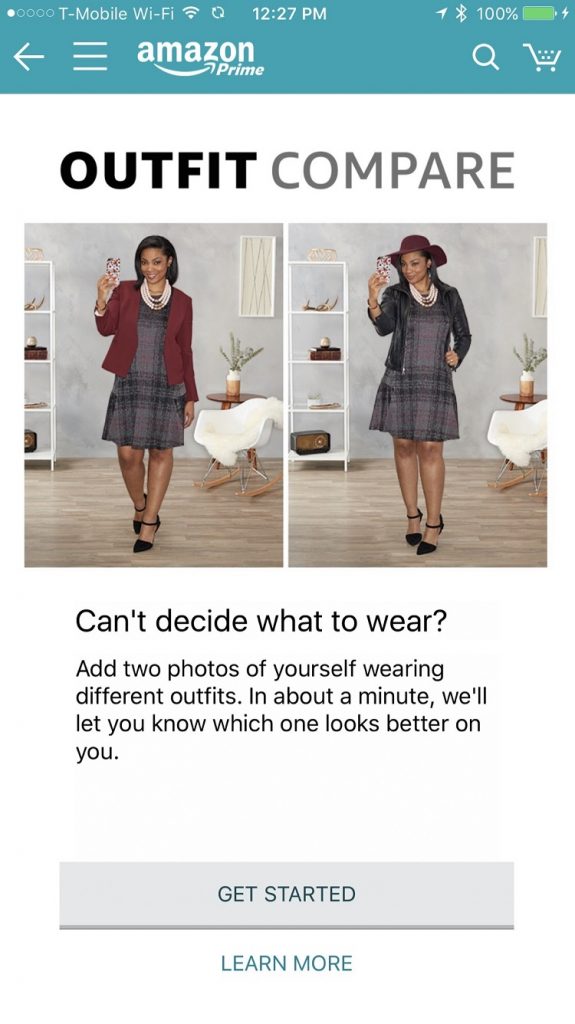 Curiously, when using this new feature, Amazon will not send us to a page with recommendations for clothing; we will only have the results of comparative and nothing else. According to the company, “all these photos are only seen by their specialist in fashion, who have extensive experience in this segment.”

You may also like to read another article on Web2GB: WhatsApp video calls are reaching around the world: iOS, Android, and Windows Phone

As we know that the company is not doing this for simple altruism, it is believed that all these photos could serve to create a database about the tastes of its users, which would serve for future recommendations or the style of clothes with the highest demand, which in the long run could improve the catalog of the online store. 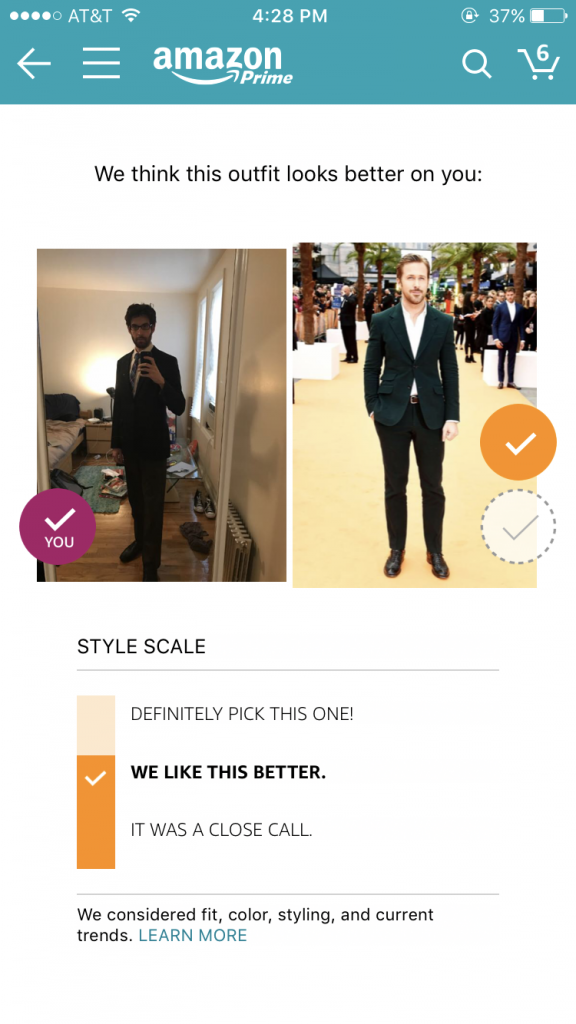 Despite the benefits that this feature promises, its operation still has some flaws. For example, in The Verge have tried the application with a photo of the editor and another one of Ryan Gosling, where the system through its recommendation without any problem, which means that it still is not able to identify that the person in both photos is the same.

So far, there is no information about possible worldwide deployment of this feature, but we will be pending.