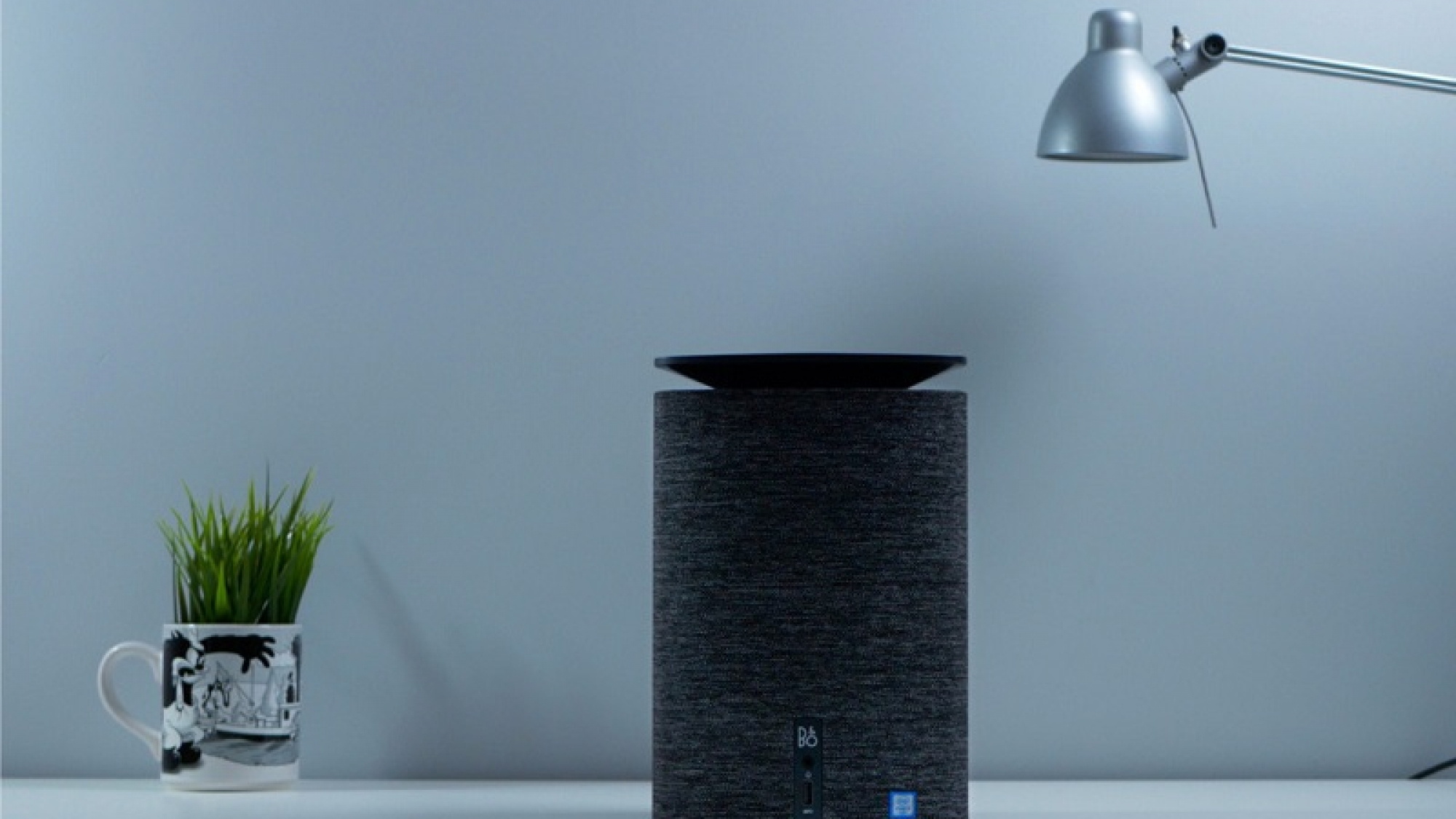 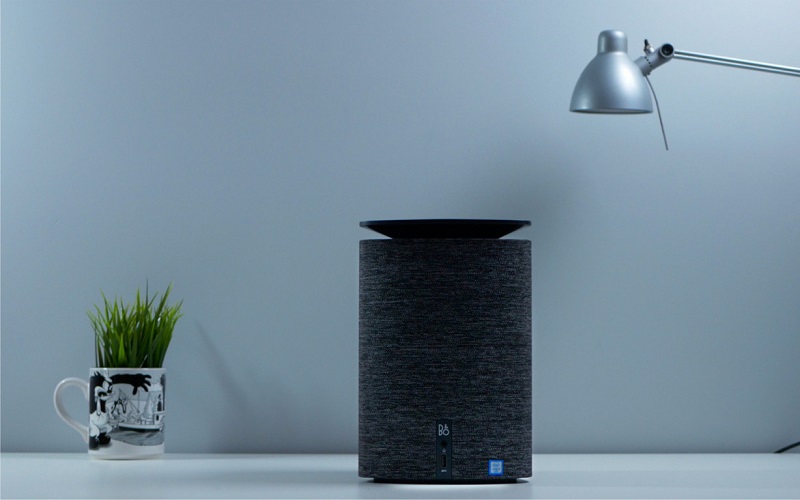 The model analyzed includes a Core i5-6400T, but HP also offers it with a Core i5-6500U and a Core i3-6100T, with option to include a dedicated R9 M470 graphics. If you want to use as a multimedia center with a 4K TV, you will need to opt for the dedicated card to be able to play 4K content with HDCP 2.2 over HDMI from the on demand video services like Netflix or Prime Video from Amazon.

The front is simple, with only a 3.5mm four-pin audio connector and USB 3.0, and a small Bang & Olufsen logo. I miss a pilot of some kind that indicates whether it is on, hibernated or turned off, since the power button with the light is behind it – which is of little use. The back is better equipped with connectors, including two USB 3.0, a USB 3.0 type C, an HDMI 1.4, a DisplayPort 1.2, and an Ethernet. Since this is, a mini-PC does not need much more in this section, since in addition the use of mouse and Bluetooth keyboard frees of the need to use USB connectors for them.

In addition to the omni-directional speaker, the device also features a dual-noise-canceling microphone system that will allow the user’s voice to be captured perfectly. HP has integrated it so that Cortana can be used in any case within Windows 10, which is one of the aspects that Microsoft has focused on the development of the operating system. Combined with a webcam, it can also be used as a videoconferencing equipment. 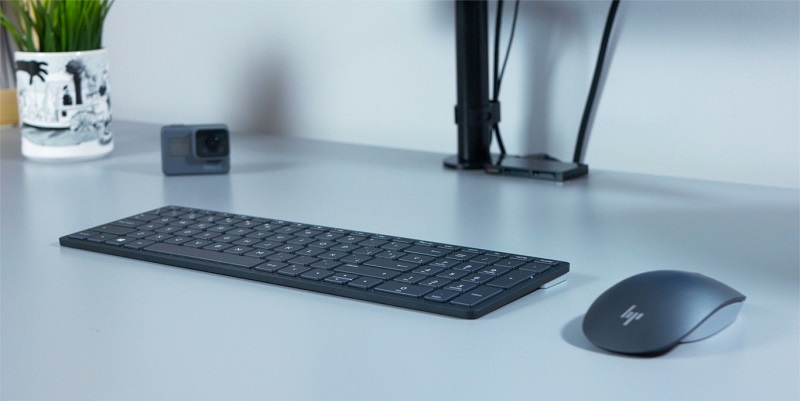 In the box of the Pavilion Wave includes a wireless mouse and keyboard that will be good companions of this equipment since it eliminates cables of means. The advantage of this is that you can use the equipment more easily in the living room from the sofa, or have a more minimalist work environment. Both are Bluetooth, with the keyboard made of aluminum with an internal battery and recharge by micro-USB, and the mouse uses two AAA batteries to operate.

The mouse does not end up being comfortable at the beginning because in the grip it annoys a little that the sides are not rounded, as it happens with the Apple Magic Mouse. Beyond that, the mouse is accurate and works well, although there is a clear difference in build quality between the keyboard which is of good quality – aluminum – and the mouse – plastic.

For its part, the keyboard has a US layout, with membrane-like mechanisms or chiclet, and is very pleasant to use. Although the silkscreen is adapted and includes the eñe, will lead to many failures when giving the intro to those who know typing since it occupies one line instead of two, and the cedilla happens to be above the intro. The major and minor key is shifted to the right of the space bar.

Includes function Key-Fn- to access screen lighting controls, volume and music playback. This change of keyboard layout from the European to the American is becoming more common to see and, being somewhat annoying to the user, only responds to reduce manufacturing costs – which do not translate into a lower price of equipment, and is being used more and more on laptop keyboards. Fortunately, as a plus point, in its small size also includes numeric keypad. 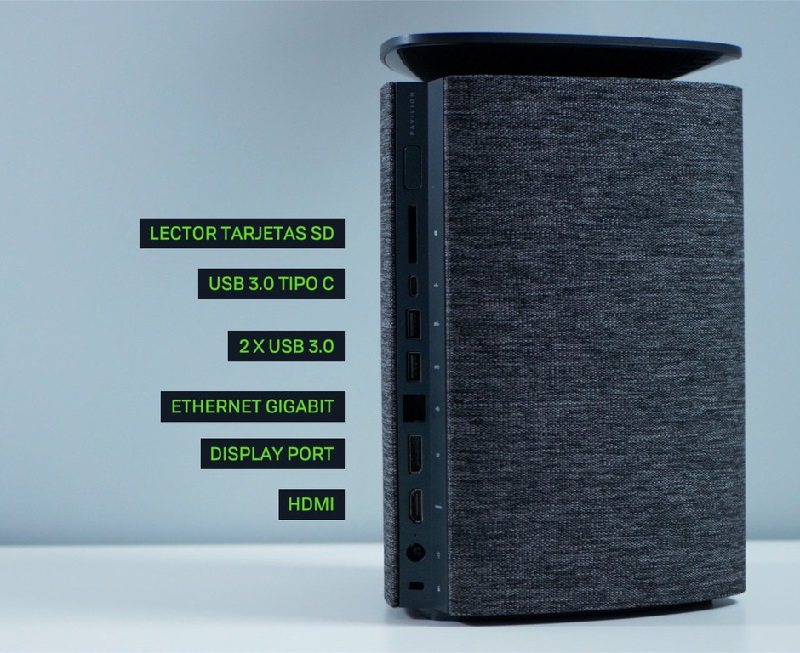 The integrated graphics is an Intel HD 530 operating between 350 and 950 MHz. It is a graphics card capable of moving a resolution of 4K and 60 Hz monitor.

The equipment is thought to make no noise, and it fulfills perfectly with this task. In a room with a background noise of 30 dB, the equipment with a low workload is practically not heard. Only at full load, with the processor at 100%, it raises the sound to about 33 dBA. The processor in charge is placed between the 46 and 51 ºC, thanks to being a model of low consumption. This makes it a good choice for the living room.

Although not thought for it, adjusting the resolution of screen or the quality of graphics, would even serve to play. In games with League of Legends or Heroes of the Storm with medium or low settings can operate to more than 60 FPS. Despite the limitations of being an integrated graphics, it is relatively good and is one of the areas in which Intel is improving its processors from one generation to the next.

In the storage section, this computer has a 128GB SSD type PCIe 3.0 x4 with NVMe, sufficient size for Windows 10 as a boot disk. In general, this type of storage does not provide great differences of performance with regard to the SATA3 models with regard to office work and design applications at the basic level, but it is in some specific moments where it can be beneficial as in the start of the Computer or creation and reading of multitude of small files.

The included 1TB hard drive is 7200 RPM, with sequential and random speeds that are in line with other disks of this type, with 182MB / s of sequential read and 2.2MB / s of random size file reading 4 KB. On the other hand, the SSD reaches the 1778 MB / s of sequential reading and the 285 MB / s of random reading, that although it is not in the high part of what can be obtained with the PCIe storage, being to have a size Of only128 GB limits it a little by how NAND memory works and this type of storage. 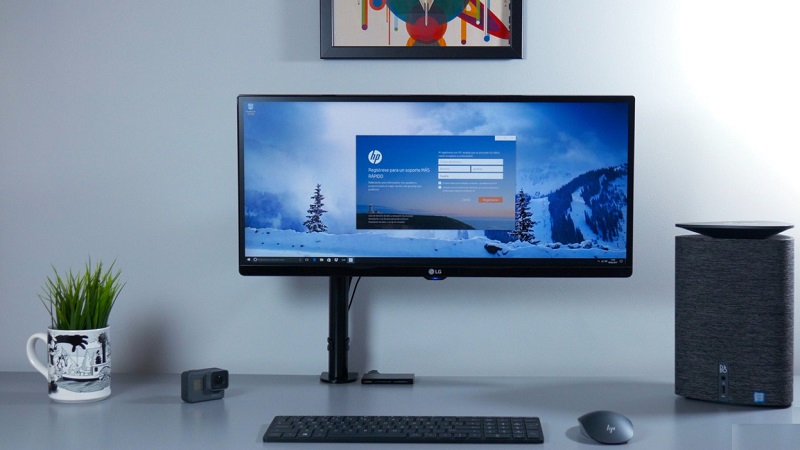 A mini-PC with high-performance speaker complex

The great appeal and main publicity of the Pavilion Wave is the included speaker, designed together with Bang & Olufsen. Located at the top, there is a lid above it with a parabolic shape so that the sound is evenly distributed in all directions. It is a peculiar design, but it perfectly achieves its purpose.

Although not a perfect speaker, at least from the factory and with the default settings with a somewhat poor bass, they can be improved through the B & O Audio sound application that includes the equipment. It has a simplified version of equalization as mere increase or decrease of bass, treble and average frequencies.

Those who want to use this speaker to listen to music, something that no doubt their quality will encourage them to do, the application has an equalizer with several preset modes , and very classic in all similar music applications. There are settings for rock, classical, pop, and many other styles. In addition, each frequency band can be readjusted. Lastly, you can control the noise cancellation so that you have in mind that only one person or several people are talking, so that there are no problems in the videoconferences of several participants.

The system also allows a multi-stream mode to output the same sound on other speakers that are synchronized with the PC. It is very useful in a variety of settings, such as sounding during a party in different parts of the house, or simply improving the coverage of the music without having to resort to raising the volume. Even so, the loudspeaker does not distort very loudly, and has a lot of power.

Pavilion Wave, a mini-PC with great sound and decorative

It is becoming more common that you try to put a PC in the living room to have all of its features on the TV, and that is why such mini-PCs are so interesting. The Pavilion Wave is a versatile, small size computer with a large omnidirectional sound system that can easily be taken to the living room at any time or simply left next to the TV as an HTPC or multimedia center without disentangling or occupying much space. It will even look very decorative, and it is very quiet.

In the section of power is a competent team, which serves to do work of all types, but not with the power that will require those who make intense and continuous use of your PC. For most users looking for a daily use will be more than sufficient navigation tasks with many open tabs, office, or even basic rendering of scenes.