Skip to content
HomeHardware ReviewsHP OMEN Obelisk: A new desktop gamer designed to be easily updated and customized without tools

We have updated the article in relation to the characteristics of the device, since the starting price corresponds to the most basic configuration of processor, RAM and graphics.

Still digesting one of the hardware highlights of Gamescom 2018 in Cologne (Germany), we continue to see more announcements of new products taking advantage of one of the main gamer congregations of the year. Turn now for HP, who have announced the HP OMEN Obelisk, a computer aimed at the most gamers and especially those looking for expandable and upgradeable equipment. 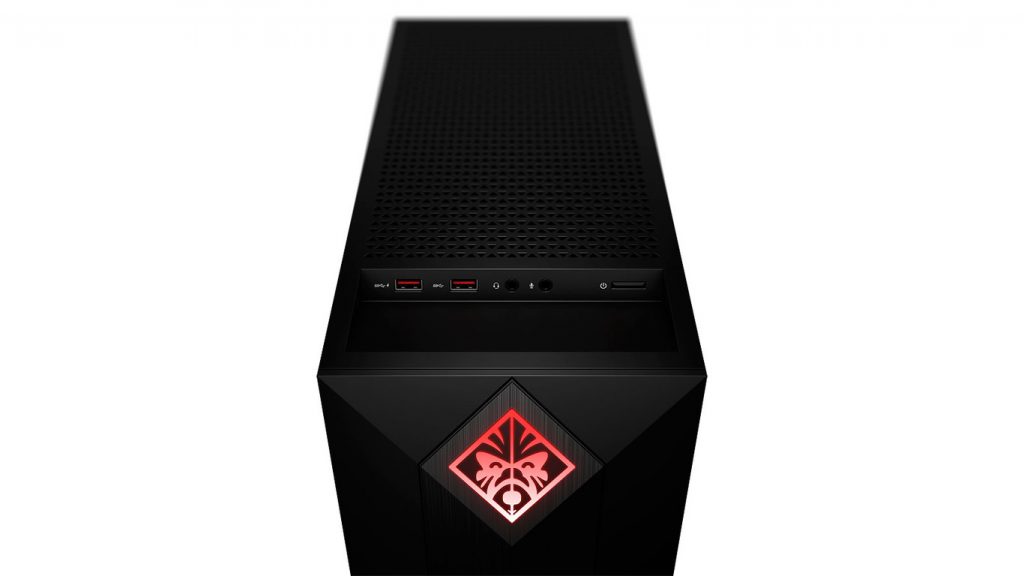 It is, in fact, one of the first teams to be able to integrate the new Nvidia graphics of which we referred to at the beginning, in addition to a design that adapts to what we usually see in the equipment oriented to this audience, characteristic also of the OMEN line. It also materializes the collaboration with HyperX, integrating the HyperX FURY memory. 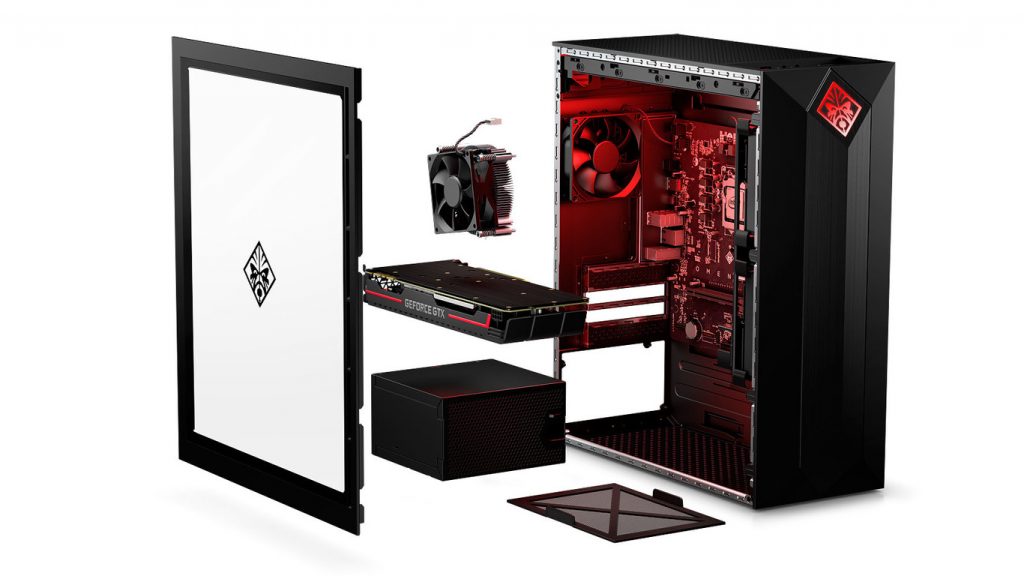 That is always a computer to the last without pulling tools

One of the main characteristics of this equipment is that it has been designed so that the user can customize it to the maximum. HP has designed the Obelisk from scratch so that it can be updated or expanded easily, so that components such as graphics, processor or memory can be renewed when they begin to fall below the user’s preferences in the face of hardware innovations. 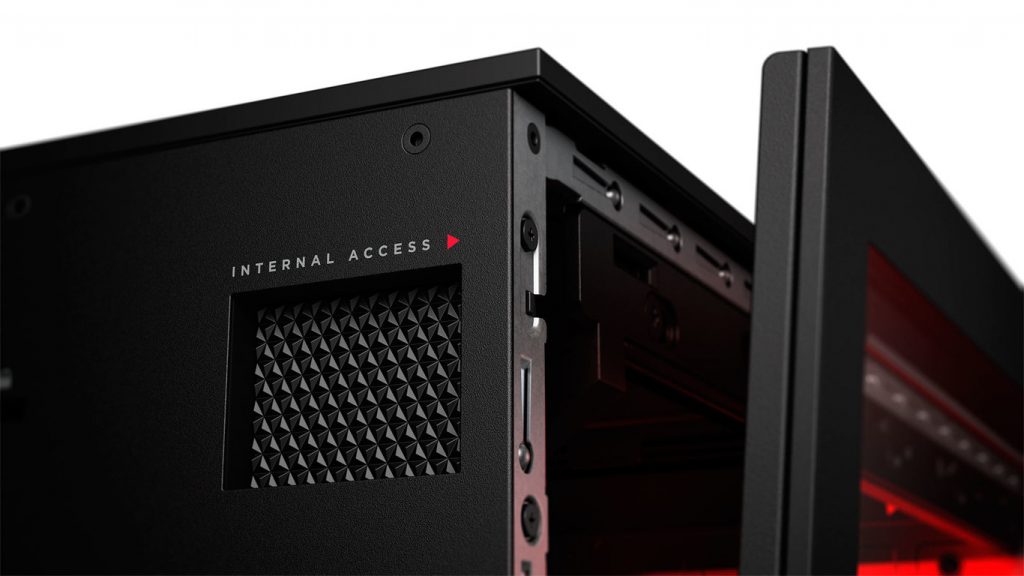 Thus, it is a black chassis that meets microATX standards and whose interior is accessed without the need for a screwdriver or other tools. The 3.5-inch storage units can also be removed without tools, and there is room for an ATX power supply as well as full support for graphics cards.

As for the components with which part, the team has several options at the level of processor and memories. You can choose Intel processors (8th generation of Intel Core i) or AMD (2nd generation of AMD Ryzen) accompanied by up to 32 GB of HyperX FURY DDR4-2666 RAM, and different storage memory configurations that can combine SSD with HDD, being able to choose also PCIe NVMe or Intel Optane.

Also slightly customizable at the aesthetic level, the side panel can be made of tempered glass (to see inside) and the logo can be of the color the user chooses when integrating programmable RGB lights. You can define two lighting zones and five lighting modes that are controlled by the OMEN Command Center, the software of the house to adjust both this and other aspects of computer operation.

As for the standard cooling, there is ventilation in the top, bottom and sides. A removable dust filter can be added to the rear part or an additional 120 millimeter fan or a liquid cooling radiator of the same size can be added. 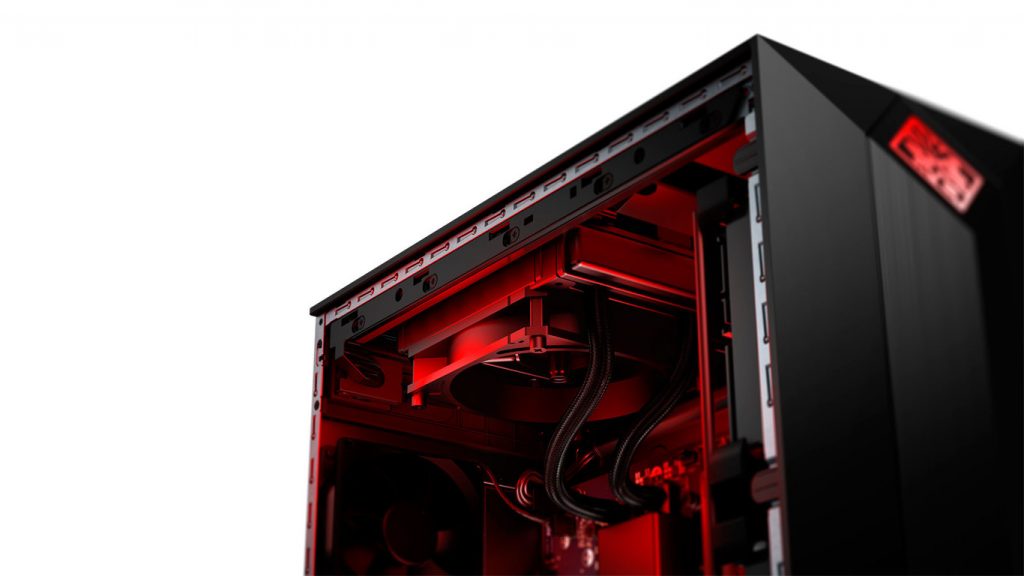 Availability and price of the HP OMEN Obelisk

From the company they announce that the OMEN Obelisk Desktop will be available and the rest of the EMEA region in September, without determining a specific day or week. The starting price is 899 dollars, we will have to see how the different configurations of processors and memories are.

Along with this release, HP has also presented OMEN Game Stream for Android , whose availability is expected later this year (through Google Play) and OMEN by Mindframe headphones, which are expected to be available in EMEA from October for 199.99 dollars.