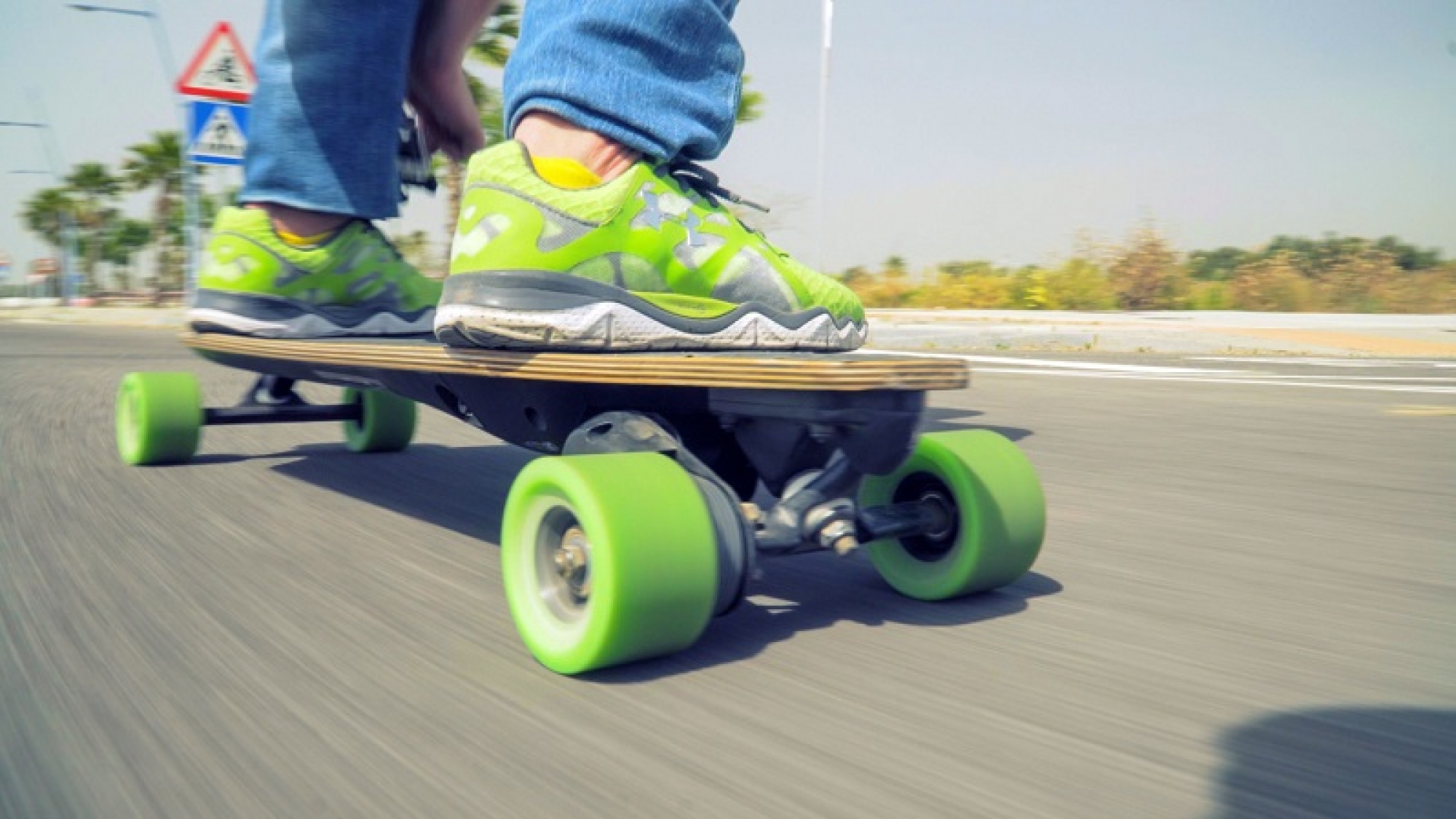 Back in the 60s, Californians surfers to make things easier times of lack of waves, they put iron bearings wooden boards. So they do not forget the feeling of surfing while doing the shorter summer. It was known as the Surf ground. By analogy, it was practiced barefoot.

Much they have evolved materials and technologies that have made this modality in a culture and way of life. Balance Monkey people just present their contribution to the evolution of skateboarding adding an electric motor these days have proven Electric Skateboard and has left us with mixed feelings. If you’re a purist skate disown this type inventions. However, the general public will find attractive and comfortable to move around the city without effort.

The Electric Skateboard is a longboard with an electric motor at the rear that transmits power via a toothed belt on the left rear wheel. The “deck” is presented in a size of 37″ and slightly concave. It has reverse axles and wheels of 83-52 mm, with good absorption on uneven toreros. This setup is perfect to get started in the world longboard, providing you b uena stability, a good turning angle and safety on uneven terrain. 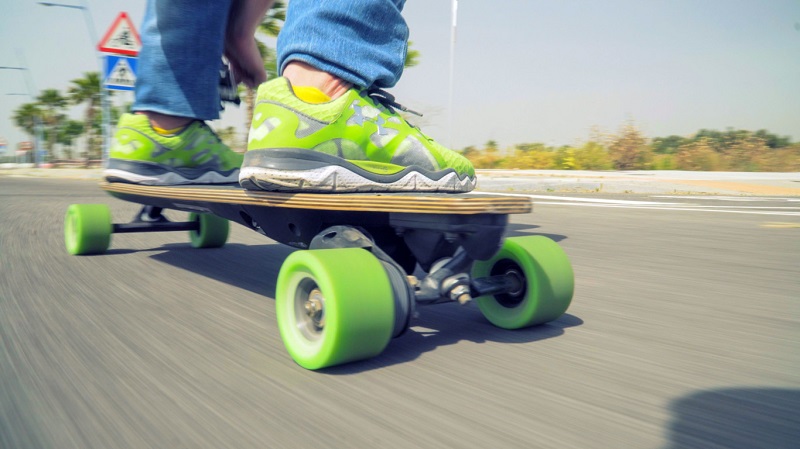 The termination material is good. The skate is sturdy and good quality, yes, the first thing that strikes you to have it in your hands is the weight: 6 kgs. Obviously, incorporating a small motor, a battery and a housing rigid plastic that protects the entire system has to weigh down the whole compared to a normal skateboard.Sober aesthetic, away from the profusion of colors or include drawings or illustrations so beloved riders. Green wheels to the bottom of the “deck” covered by a black housing.

It comes in the box with:

The electric motor has a range of about 25-30 kms according to the manufacturer. Once the battery power is complete; you can use it like a normal skateboard. We have done many kilometers with the initial charge. Autonomy is more than correct.

The skate reaches a maximum speed level of 30 km / h, which is great. To give you idea of the strength of the engine, it is able to climb slopes with up to 30% incline. However, in the safety of use appearing attached to skate, the manufacturer does not recommend its use on slopes with gradient of more than 2%. This seems contradictory and subtraction fun to this type of tables, when you use adequate protection equipment: helmet, knee pads, elbow pads, gloves, etc.

It has been rewarding to tow our colleagues on their skates, in plain, without any difficulty. This we liked. The only negative point is the potent power delivery with the engine. You have to be careful the first few times, because if not accelerate gradually and with some inertia in the skate, it is safer to fall back, and the same braking.

How to manage Skateboard?

Longboard management is performed from a remote control that automatically connects to skate through bluetooth technology. The remote has a joystick or controller. To move forward, the skate speeds up to 30 km / h. When we want to slow down, we release the lever. If we want to stop, the fell behind to be operational engine braking.

To ensure control and prevent accidents by pressing the accelerator inadvertently, you can press down the regulator being canceled that button. To reactivate just have to push down again.

The control program has a cruise speed, which is not entirely easy to activate. We must reach a certain speed to set it at 15 km / h by pressing down the regulator. Due to the sensitivity of the lever, and careful not accelerate abruptly, sometimes does not work or what you do is control block insurance. I imagine it will be a matter of practice to gain control over this point. It would be interesting another button or easier method.

Finally, the command has some side by color LEDs that inform us of both the battery level of control, such as skate. Command pairing – skate is made after hearing a little melody emitted by the engine.

For those who regularly patinas, the first contact will be intimidating. Delivering small electric motor power is brutal. The feeling when you kick and control the speed here disappears completely. Until you do touch controller with the feeling is not pleasant. To counter the thrust of the engine when you accelerate, there just to throw your weight forward.

The same scenario when you try to stop. Pressing the regulator back into operation the “regenerative braking ABS” which also recharge the battery, you will come out ahead if you go too fast. This is what we liked least skate. Braking and acceleration can be quite dangerous until you get to control and play these pending with weights, forward / backward, to neutralize the sudden change in speed. This point should be improved.

With some kind of selectable programming bluetooth control enabling acceleration and braking more progressively. Once you have passed this first phase of adaptation, the experience of gliding effortlessly is really nice.

We believe that someone who does not slip much time or perhaps you do not ever actually get a sweeter adaptation to the management and control of Electric Skateboard, since not waste time giving off some tic traditional skate. With a few hours of use, and depending on the person, it is enough time to master the situation.

A “traditional” skateboarders leaves a strange aftertaste of not having absolute control over the table. The perception of freedom that you have to handle the speed to “pump” with your legs here disappears. On the other hand, it is true, that when you go over wide areas to cruise speed, the feeling is just so nice when you move to snowboarding down the mountain the first few times you take control of your table. We also liked not having to make any effort when you move uphill. It’s really comfortable, especially in these days of much heat.