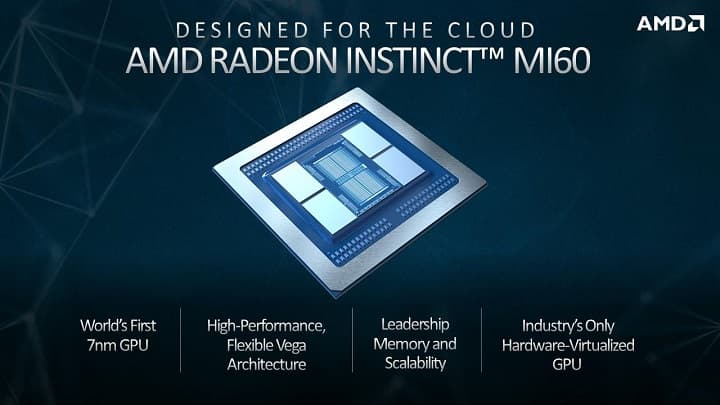 Both updates use HBM2 memory with ECC error correction support. The junior model received 16 GB, while the older AMD allocated 32 GB of memory at once. In both cases, memory with a frequency of 1000 MHz was used, and a 4096-bit wide bus was used to connect it. As a result, the memory bandwidth reaches 1 TB / s. 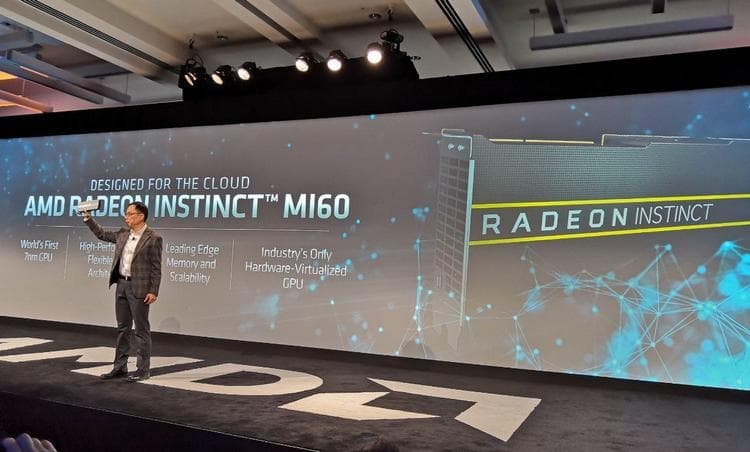 Radeon Instinct received support for the interface PCI Express 4.0 x16. It is able to provide bandwidth between a CPU and a GPU up to 64 GB / s in both directions simultaneously. There is also backward compatibility with the PCI Express 3.0 x16 interface.

For communication between GPUs, the Infinity Fabric bus is used with a bandwidth of 100 GB / s per channel. The new video cards have two such channels, that is, the total bandwidth is 200 GB / s.