In the early days of satellite TV everything was so expensive that only a select few households could afford the cost of equipment, let alone the monthly costs of subscribing to the few packages that were initially available. Unfortunately, that gave companies like Direct TV a name for being over-priced and not at all competitive with the, then, state of the art cable networks that were just beginning to install fiber optics. 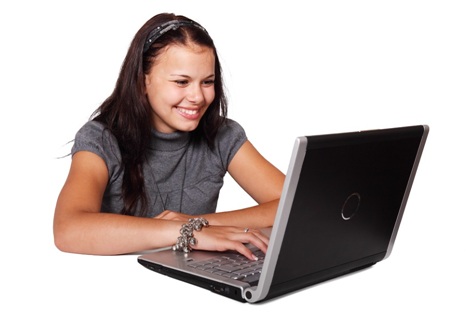 Within recent years this has all changed and now not only is it possible to get superior programming from satellite networks but you can also get packages with Direct TV Internet such as those you find on this website. Want to know more about why Direct TV Internet is more competitive than ever? It’s all about technology and the number of satellites being launched from countries all around the globe.

Without getting overly technical, it is sufficient to understand that satellite communications have a number of advantages over hardwired television and internet services. The primary advantage is that cables never need to be run over long distances. If there isn’t cable or telephone wires in a certain geographical location, the only way to receive television and internet is via satellite.

Since there is no stationary infrastructure needed on the ground, speedy communications can take place and this is extremely important when it comes to global news networks. How many people rely on CNN, CNBC and Fox News in the United States and the BBC in the UK for nightly updates on news around the world? Those journalists you see trotting around the globe would not be able to present news in real time if it weren’t for satellite communications.

It is true we live in a transient society. Few people still live in the same home or city where they were born and as a result, most cable and Internet subscribers have probably had at least 2 or 3 service providers so far in their lives. Some have had even more than that! Due to the fact that Direct TV Internet is provided via satellite communications, it can reach literally every corner of the North American continent as long as the dish is pointed towards the nearest broadcasting satellite.

Older Satellite Companies Have Staked Their Claim to Frequencies

Just as cable companies were all about the marvels of fiber optics back a few decades ago, satellite communications companies were vying for radio wave frequencies when those first commercial satellites were launched. You could say, only half-jokingly, that a war was taking place in the skies above us. It isn’t necessary to know exactly which companies own which frequencies but to understand how important those frequencies are, you need to take into consideration all the countries that are vying for their ‘slot’ of the air. In fact, China and India are slotted to launch new satellites this year and in the coming two to three years so the competition is getting stiff. Older satellite companies that ‘fought’ in the early days have their airspace allotted to them so they can remain highly competitive.

The Main Disadvantage Is Beginning to Dissipate

One of the reasons satellite TV was so expensive in the first place was the cost of building, launching and maintaining satellites. It is by no way a cheap endeavor. Older companies with a longer history have had the time to recoup much, if not all, of the initial cost that was paid to the builders of those satellites they utilize. As those costs were recovered, commercial enterprises that operate those satellites were able to reduce their fees, to some extent, because the initial expenses were recovered. Now it’s only a matter of maintaining the satellites orbiting the earth and, of course, making a profit.

As Technology Advances the Cost Is Reduced

It is a given that as technology evolves the cost of equipment is proportionately lowered. A good example would be those early digital cameras on the market. Pioneers in digital cameras had to charge well over $1,000 for early models that were state-of-the-art if they could advertise 1 Megapixel images. Today’s cameras can be purchased for well under $100 and the Megapixels they boast are in the double digits. The same holds true for satellite Internet services. As technology advances and performance increases, the cost is proportionately lowered and that reduction is passed on to the end user, the subscriber.

With the advances in technology, not only is cost going down but speed is going up. This had been one of the chief complaints of many early subscribers. In addition to costs being higher than cable DSL services, the speed at which satellite Internet could be provided was much slower. Fortunately, those were the early days and now Direct TV Internet is able to offer service that is competitive in price as well as the quality and speed of connectivity. Those who haven’t had access to wireless Internet within the past few years are astounded at the improvements over those early years.

Putting It All Together

When piecing this all together, it is clear that satellite Internet providers like Direct TV Internet packages now have all the advantages and that’s why they are considered to be so highly competitive. Not only are their speeds competitive, but satellite Internet services are able to provide coverage that cable companies simply can’t offer. There is no way to possibly run cables to every single home or business on earth because there are so many in remote locations.

In fact, this is one of the reasons why cell phones have overtaken landlines. It is not only because they are mobile, but also because there is no need to run hard wires to homes and businesses so far out in rural areas. Satellite communications simply have a much farther reach. With costs being lowered by the day and reliability and performance highly competitive, it is no wonder that all eyes are on the sky. Direct TV Internet is the future that is here today.