web2gb.com
Powerful Simplicity
Home » New Gadget  » What is hoverboard? How does it work?

The hoverboard has become one of the most popular products in the market worldwide. It is a category that does not take much time in the market, but that has gained a great legion of followers worldwide. Although there are many consumers who do not know very well what this product is or how useful it is.

Therefore, we are going to talk about what they are and what the hoverboards are for. Since it is a product that we are seeing with great frequency in the market, and it does not seem that its popularity will happen soon. Thus, we have more information about them. Ready to know more?

What is a hoverboard? 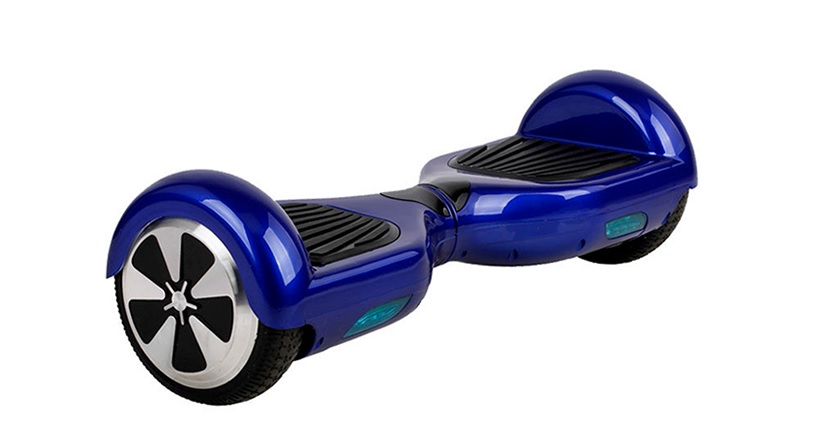 It is the main question that many consumers ask themselves, since many do not really know what this product consists of. The most likely thing is that we have previously seen a photo, video or we have seen it in a store, but we are not clear about its usefulness or functioning.

It can be said that a hoverboard is an evolution of skates or skates. It is an electric vehicle, which we can see as an evolution of classic skates and segways. In fact, in terms of performance, it is quite similar to the segway, although they take elements from the two examples that we have mentioned. It is a means of transport, designed to be used mainly in the city. At least, in any case, in short distances.

A hoverboard is composed of a platform, where we have a space in which to put our feet. On both sides of the platform, we have two wheels, of variable size (between 6 and 8 inches is the most usual). The person who uses it has to stand up at all times while using it. It can reach a speed of up to 10 kilometers per hour, although it depends on the engine power of each model.

Chances are you’ve heard about a hoverboard before. But it is not the only name by which this type of product is known. There are other denominations, which you may have heard at some time, such as overkart, self-balancing scooter or electric skateboard. They are not as common as the term hoverboard, but if you ever find these words, you know what they mean.

As we have mentioned, they have become a very popular option to move around the city. It is a very comfortable means of transport, it is agile and also ecological. Since they are 100% electric, so it will not contaminate anything with its use. They also have the advantage of having a small size, which means that they can be transported easily.

Thanks to its popularity, many manufacturers have released accessories for these devices as a seat thanks to which we transform them into a hoverboard kart, in such a way that we sit as if it were an electric car, with the fun that implies.

How a hoverboard works?

In terms of design, hoverboards do not usually differ much from one model to another, maybe the size of the wheels is different, and the position of the lights or the color are. But the design remains fairly uniform. It consists of a platform with two spaces in which to place the feet, in addition to having two wheels on the sides of the platform, as you can see in the photo. They usually have two motors, on each side of the platform.

The hoverboards work with batteries, which are usually lithium. A battery that we can recharge easily at home with the charger they usually bring. We also have a series of sensors in them, such as gyroscopes. They are responsible for detecting the weight of the person who is using it at that time, to maintain balance at all times. It is the most important aspect, because the person who uses it will have to stand up all the time.

To be able to direct the hoverboard, like wanting to go in a specific direction, the user will have to make a movement that indicates it, with their feet. Movements such as pressing forward, sideways to turn or backward, so that the vehicle will move in the direction we want. It is a key part in this type of products, although especially at the beginning, it is difficult to drive them. It is a matter of practice.

Once we know more about what a hoverboard is, in addition to its operation, we present below several models currently available in the market. In this way, we can see the differences between these models, which will serve to better understand the various types of hoverboard that we are currently available. Also, you may find one that you find interesting. 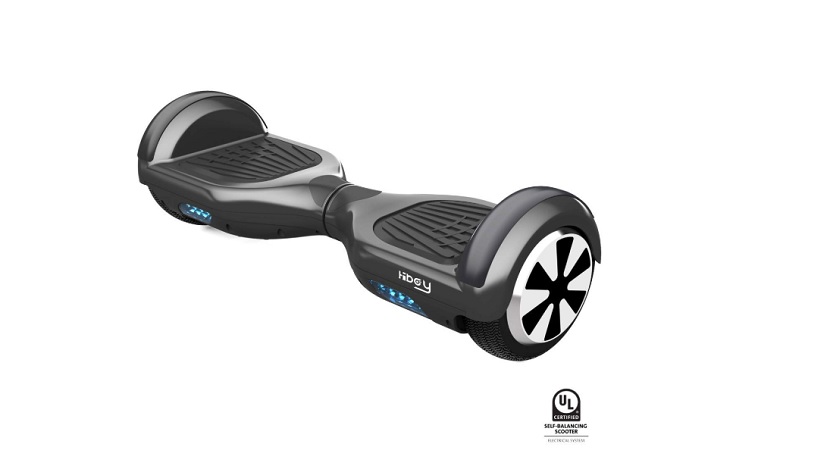 We start with this model, which belongs to one of the most popular and best valued brands in this segment. It is a hoverboard with wheels of 6.5 inches in size, which is the smallest and most common in the market. They are resistant wheels, which adhere well to the asphalt and prevent slips, something that undoubtedly gives the device a great safety. We find two 250 W motors, on each of the wheels.

This hoverboard reaches a maximum speed of 12 km / h, while giving us a range of 20 km. The first load should be done during one night, about eight hours, but once this is done, each time it is used up, with 2-3 hours it is usually enough to load it completely. The maximum weight that supports is 100 kilos, which is something that we must take into account when we or someone else is going to climb it.

We have LED lights on the front of it, which allow you to see the hoverboard at night or in situations with poor visibility, such as fog. We must also mention the presence of rubber bumpers, which cushion possible blows, preventing damage to the hoverboard. A model of quality, which due to its size is ideal for the whole family, especially children, because it can be easier and lighter to handle. 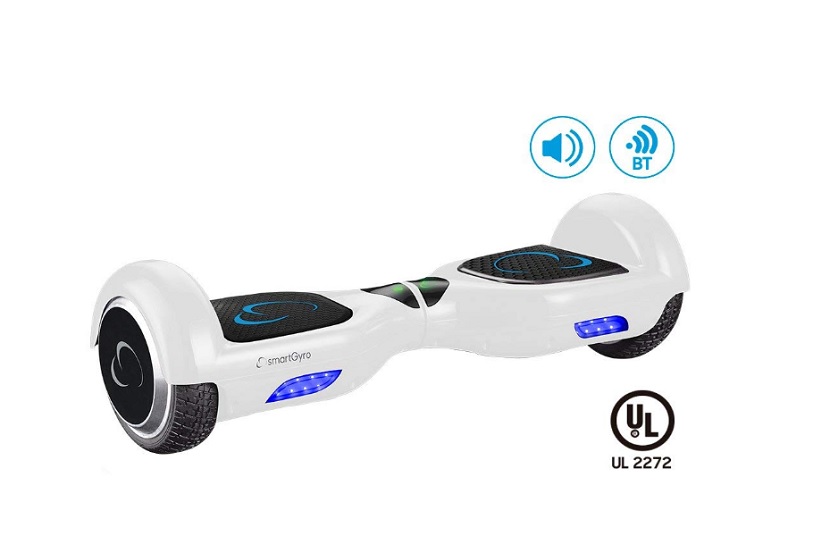 Another of the best known brands in the hoverboard segment, and a model that is one of the best sellers and that has better ratings by consumers and experts. Like the previous device, it has wheels 6.5 inches in size. It is about wheels that stand out for their resistance, and for adhering perfectly to the asphalt, allowing safe driving at all times with it.

The speed that we can reach with this hoverboard is between 10 and 12 km / h, depending on the situation. It is a common speed in this type of products, which allows us to move quite comfortably in the city. It has a 4,000 mAh capacity battery, which offers a range of up to 20 kilometers. The load usually takes about three hours to complete. In addition, we can always control its status, since there is a battery indicator in the hoverboard itself.

The maximum weight that this model supports is 120 kilos, which is something we must always keep in mind. It has front LED headlights, which will allow us to see it in all kinds of situations. In this particular hoverboard we must highlight the presence of Bluetooth. It will allow us to synchronize it with our smartphone, and be able to play music on the hoverboard, thanks to its speakers. A very fun option in this regard. 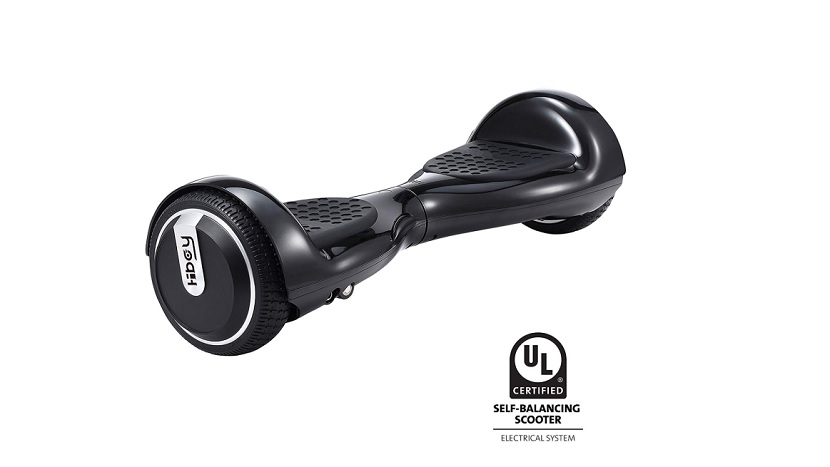 The third model that we present to you belongs to the same brand as the first one on the list. One of the best known hoverboard brands in the market. Again, it is a hoverboard that has wheels of 6.5 inches in size. This makes it have a smaller size, which means that your driving can also be carried out by children, who will not have problems when handling it.

The maximum speed that can be reached with its use is 12 km / h, which is somewhat higher than other models in the same range. While the autonomy is about 20 km. The load usually takes about three hours at the time of charging, we will never be without battery, because we have an indicator, thanks to which it is very easy to have control over the status of the same at all times. We have two engines of 250W of power, which are what help this device to reach its maximum speed, are located on the wheels of it.

The maximum weight that this hoverboard supports is 100 kg. It is a simpler model, probably the simplest of the three, but it is a good option to take into account, especially if it is to be used by the little ones.