According to some leaks, WhatsApp implement tabs for video calls and conversations interface. More details below.

Recently we published on a bug that allowed WhatsApp hack, crash the application or close it by several emojis. Today we have a more enjoyable for fans and users of the popular messaging application news.

According to the leak of a digital environment in Germany, WhatsApp would already test the feature to make video calls. 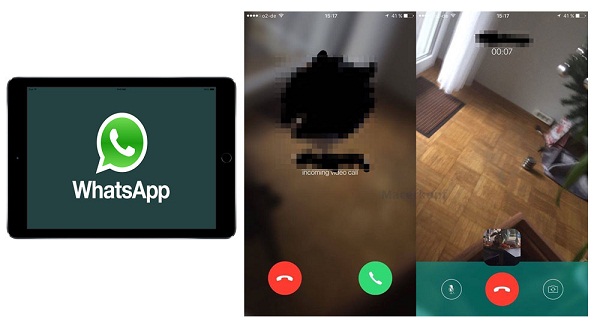 According to the images that accompany the information, we can make calls, accept, cancel, watch the video they transmit our contacts, a camera button that allow us to convey to us and the choice of our microphone mute or silence.

According to the news source, this feature will arrive within a few weeks. Also, add the feature tabs to the interface of the talks, allowing us to change the conversation more easily.

Remember that this feature is something that already includes Facebook Messenger, Skype, and FaceTime and was a rumor that promptly incorporates in WhatsApp.

In our tests a few weeks ago, comparing voice and video in different Internet connection speeds, FaceTime left high fence; despite only work with the iOS system, it offered us the best communication experience.