web2gb.com
Powerful Simplicity
Home » Hardware Reviews » The PC has been falling sales for five years, nor can gamers save it 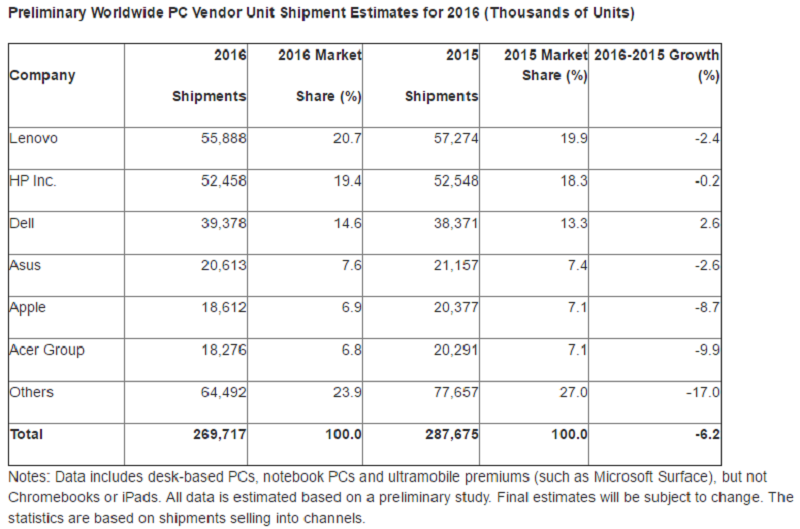 According to this expert, despite the innovations in formats such as convertibles or technological improvements, “one of the extremes of the market has grown rapidly, led by PC lovers who have such equipment as a high priority. Drive PC enthusiasts is not big enough to grow the market globally.”

For many users, say in Gartner, the phone is the device they depend on the most (and in which they invest the most). The study nevertheless gives interesting facts: Lenovo continues to lead sales, while HP and Dell, two of the companies in which we are seeing more innovation and efforts, have had three consecutive quarters growing in units sold although in all three cases the balance of Growth throughout 2016 has been practically flat.

Apple also managed to grow slightly in this fourth quarter, but has lost 8.7% of sales throughout 2016. Acer, Asus and the ‘Others’ group with ‘minor’ manufacturers have seen their sales decline significantly both in the last quarter and throughout the year.

New to the eye to attract more enthusiasts

This 2017 there are launches that could help the situation improve or at least not worsen in the segment of the PC. The emergence of NVIDIA’s GTX 10×0 family graphics has been a dramatic turnaround for video game terrain, while the release of more processors from Intel’s Kaby Lake family has consolidated the position of these micro-computers as preferred options Of manufacturers in the coming months. 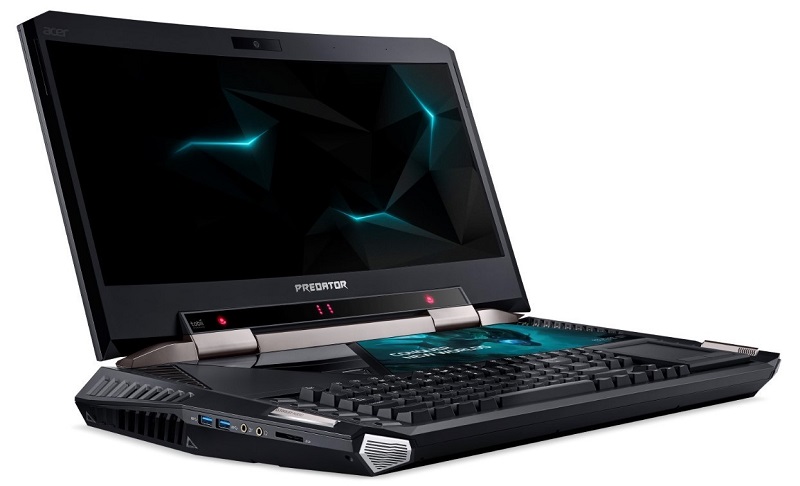 Things could change significantly with the AMD front-runner, who is preparing two big shots this year. The first, that of its AMD Ryzen processors, which for all we know could compete at last with those of Intel in terms of power and performance.

The second, that of its graphics cards with the new architecture AMD Vega, that the data that have been filtering and the demonstrations that have been seen in the last weeks will make things very difficult for NVIDIA.

The problem with these innovations is that they are precisely aimed at reinforcing the fight for the “high end” of the PC market, which precisely conquers gamers and enthusiasts but does not usually interest that large group of “occasional” users of these equipment.

We said it a few months ago: we could never enjoy better equipment than we are enjoying now in the PC market. Not only for power, but for design (thinner and lighter than ever) and versatility.

This 2016 has been consolidated as an exceptional year for the PC in all those achievements. We have seen fantastic developments from various manufacturers in all areas, and both convertibles and desktop and all-in-one (I’m looking at you, Surface Studio) have made it clear that there was room for surprise in a market that before It was boring and gray. 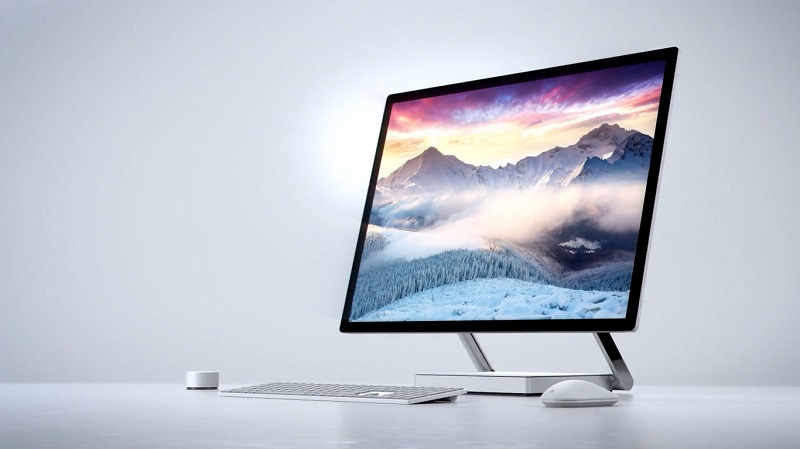 The problem with most of these solutions is that once again they are attacking the high end of the segment, and it is difficult to find equipment that brings the best of those ideas to more “economical” terrains. It happens with convertibles, which usually do not fall below 1000 dollars, but also with desktop and All-in-One equipment that are very attractive in benefits but whose prices are usually high.

That, of course, does not help users with fewer needs and requirements can (or want) to aspire to these products: the one that looks for a cheap laptop for the school of their children or for work goes to more modest solutions, because the range has proved to be “good enough” for the vast majority of users.

It will be difficult for the situation to change in the short term: these designs and features found in convertibles or state-of-the-art All-in-One are not cheap, and that these components and ideas reach the entry and a half ranges of that segment. PC and laptop will still take quite some time.

We will see if by then the threat posed by those coming from the mobile (iOS and Android solutions aimed at productivity and based on ARM) have not conquered all those users who did not need a new PC to use.