Sony is set to unveil the PlayStation VR this October. This groundbreaking  headset is packed with tons of games particularly made for the virtual reality world. You will definitely enjoy the unique VR experience once you use this latest gaming technology.

The  features and specifications of the PlayStation VR are impressive and promising. Without a doubt, it could be a hit once it comes out in the market. By playing the PlayStation VR, you immerse yourself into the virtual realm, play games as if you are part of it. It’s just like being transformed into a new world. As a gamer, this is a dream come true.

Though there are other virtual reality headsets competing with the PlayStation VR, like the Oculus Rift and HTC Vive, Sony’s VR headset is already gaining so much buzz. Ahead of its release, Sony announced that the best games for PS4 are also playable in PlayStation VR. This gives fanatics to play their favorite PS4 titles in a fresh and exciting gaming experience.

Games like Eagle Flight, EVE: Valkyrie, Golem, Tekken 7, and Final Fantasy XIV are just some of the PS4 titles that you can play in Sony’s VR headset. Most of these games are already released so check out PS4 games at Harvey Norman and other gaming stores to order them.

The PlayStation VR sports an improved visual experience and tracking accuracy. It provides stereoscopic 3D and head tracking that make each game an immersive experience. In addition, it is a tethered device that uses curved lenses to expand a 5.7-inch screen across the gamer’s vision. Its various sensors tell the way where the head is pointing at, meaning you can still see a part of the virtual realm wherever you look at. 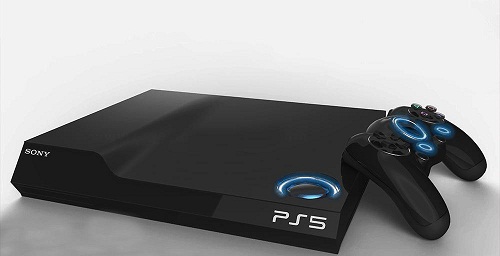 The device is expected to be sold at $399 in North America, a competitive price compared to Oculus Rift at $599 and HTC Vive at $799. It also has interactive controls and crisp visuals that will work well with PlayStation 4. Furthermore, the VR is just in its infancy. According to Sony, they have loads of plan to improve this technology, one of which is to align its function with PCs in the future.

The future is bright with the forthcoming PlayStation VR. All Sony loyalists and spectators are looking forward to this great innovation and could no longer wait to see and finally experience it. Thus, mark your calendars now, for October will be the month every gamer is waiting for.

Waiting for a few months is tormenting for avid gamers but while PlayStation VR is yet to be sold, you can get ready for it by playing PS4 games. This sure will keep you busy until the October release.