Years ago installing a custom launcher was almost mandatory. They improved notably the performance and agility of the desktop and the drawer of applications in addition to putting many customization options. Today its usefulness is more for the second: offer a lot of functions to put to our liking the main screen of our Android.

This category of apps has had a long journey: new competitors have appeared, others have fallen by the wayside and a few have remained active for many years. If you are looking for a good launcher, right now these are the best options for Android.

Wait, what is that of a launcher?

The Android launcher is the application launcher. In other words: the desktop and the application drawer. That is, two parts where we will spend a lot of time and therefore we hope that they always go well and we can also customize to our liking.

When choosing a launcher we have to take into account which one is more agile and which personalization options are important for us.

If we do a quick search on Google Play we can find a lot of results and options. There is a lot to choose from but the ones that really are worth it are not so many in number. Many try to imitate the style of Pixel or Nexus mobiles, others seek to be flexible so that we can create interfaces of all kinds …

If we like personalization, having a launcher that is not the one that comes from the factory is practically mandatory. With one of these apps we can do all the following …

Each launcher offers its package of options and functions so when choosing one or the other we have to look at everything we can do with it and also with which we feel comfortable. This is a very subjective issue so the best way to get rid of doubts is to do tests. 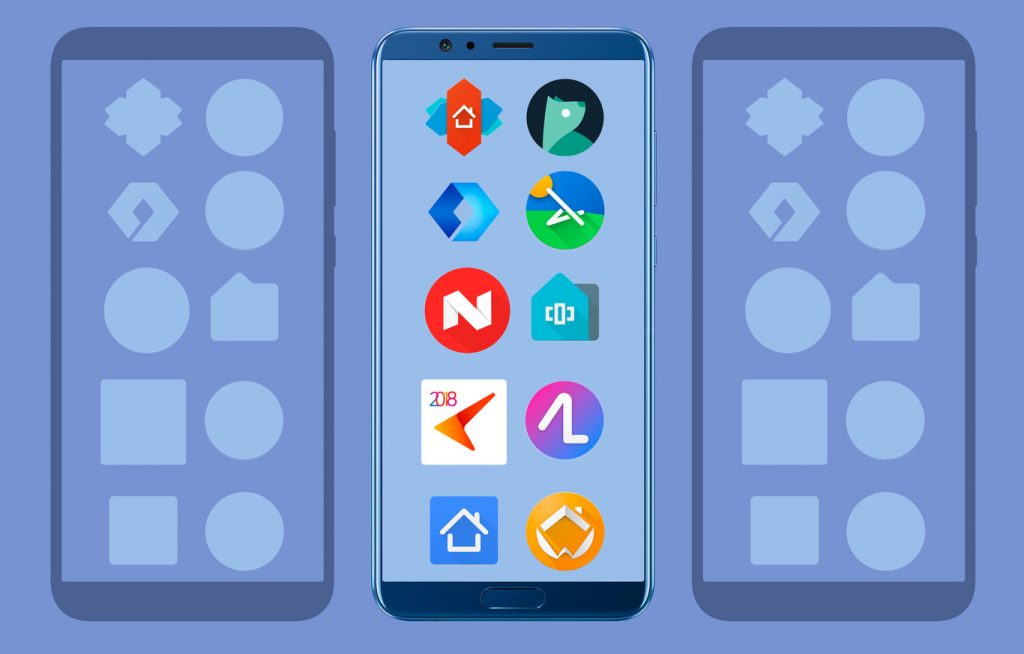 Normally when we install a launcher and open it for the first time it will guide us through an assistant where it will teach us everything we can do. Once we go through this tutorial, from the settings menu we will see how an option appears in which we are invited to configure it as the main application.

It is important that we do this because if not, every time we press the start button of the mobile to return to the desktop we will load the one that takes our Android by default. The simplest way to put it as a defect is through the app’s settings menu because some manufacturers make changing the default launcher a bit tricky.

Actually, everything is summarized in three steps …

Now that we have made the presentations, let’s see the launchers. 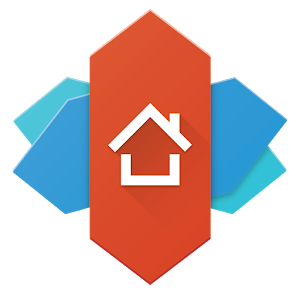 The king of the launchers. The years go by and it’s still one of the best options. Every time there has been a big update on Android, there they have been to catch up fast. They triumphed by offering a very agile and light experience, but at the same time full of options of all kinds.

We can customize every detail, change icons, modify the distribution of icons, order apps by tabs in the drawer, use gestures … Today is still the mirror where any launcher who wants to succeed must look. To put a catch: it is not the most spectacular of all. 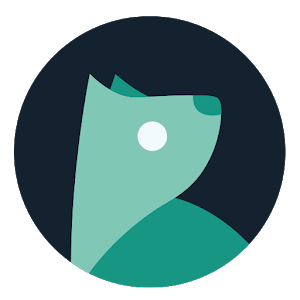 Evie was born with a clear disposition to compete with Nova Launcher but far from wanting to be a clone, she looks for her own style. It has a very organized application drawer and especially useful for those who have many apps and games installed. One of the best options right now.

We can install icons pack, configure gestures, hide apps, configure the dock … One point in favor of Evie is that it is completely free and does not offer a Pro version to unlock some functions. It is easy to configure and if we are new to the personalization of the launcher, we will be guided step by step by him until we leave it as we like. 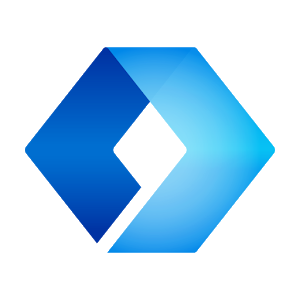 We have spoken several times about the Microsoft launcher and it is not for less. This app launcher combines simplicity with good performance and a complete assistant where we can see our upcoming appointments in the calendar, read news and be able to send mobile content to a PC with Windows 10 very easily.

Little by little it is updated but for some time it includes the basic functions of any good launcher that boasts: customize the grid of icons on the desktop, change the icons, be able to modify the wallpaper directly … It is completely free and the The best way to take advantage of it is with a Microsoft account (Hotmail, Outlook or the already extinct Passport). 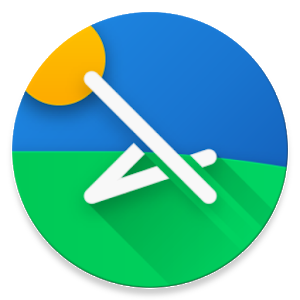 Behind this funny name (lawn chair are the typical folding chairs of fields and phonetically sound like a launcher) we find a clone of Pixel Launcher open source. If we want to have the same launcher as in a Google mobile, this is the best option.

Now, to say that it is a simple copy is unfair. They have also been introducing functions such as changing the icon packs, customizing the application drawer, being able to make backups so as not to lose the styles that we are saving … Like Evie, it is free and does not include a paid version to unlock features.

Continue Reading: “Life and Death in the App Store” or how the economy has matured apps 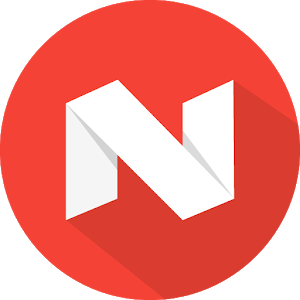 Nougat brought many and very good changes to the default launcher of Android in its version 7.0. If we like your style and want to add a little more customization, N Launcher is an option to take into account. A good combination of simplicity with possibilities to personalize.

The only downside that it has is that it forces a lot to buy the Pro version. Normally launchers what they do is block some functions so that we pay for them. N Launcher does it but also posts ads when we enter the settings menu. Fortunately, it is only there but in the long run it can end up being very annoying. 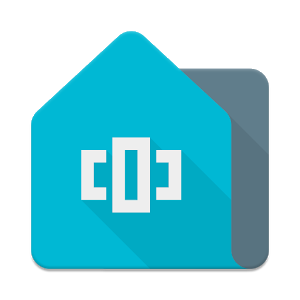 A very promising debutant. It has been on Google Play for a short time but it has become a good pitcher for those who want to imitate the appearance of a Pixel. It emphasizes its agility and the good integration that makes all the functions of Android 8.0 Oreo such as deep links when we leave the finger pressed on an icon.

In addition to resemble Pixel, it is integrated with an option that many love but that Google has been leaving aside: the integration with Google Now. In this launcher we can configure it to work all the good things about Oreo and the assistant at the same time. In order to use all the options we will have to pay for the Pro version, yes. 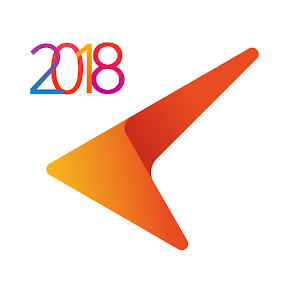 We put aside the minimalist launchers and we went to a very showy one. If what we want is something that enters our eyes and seduces us, CM Launcher (Cheetah Mobile) is a very attractive option. It has a lot of effects, widgets of all kinds and animations to show off mobile.

It also has an assistant who organizes all the icons for different categories the first time, you can see it in the capture on the left in this section. Be careful because the launcher is a little cheat and try to strain several of your apps as a battery and performance manager that does not provide anything of value. 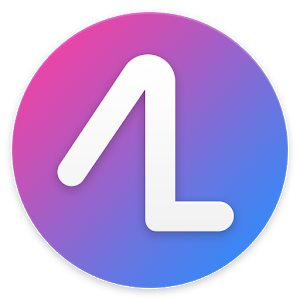 Action Launcher was one of the first successful application launchers whose formula was to offer something different. Today has been turning to a more classic look but includes some unique features that make it a very spectacular and customizable launcher.

There are some details that make it unique, such as the Adaptive pack that allows you to launch applications with different gestures. We can also customize the appearance of deep links with different colors, integrate it with Google Now … It is one of the most overwhelming launchers to configure at the beginning but once we understand it, it has a lot of potential. 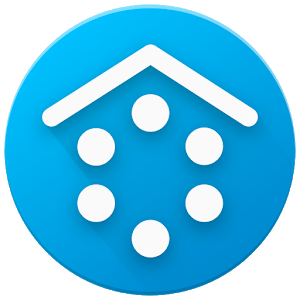 Years ago we sold the concept of Smart as a way in which, in this case, the apps organized things automatically our tasks to make everything easier. Smart Launcher was born from that philosophy and its results are quite good.

After a previous configuration where we will ask what are the apps we use for everyday tasks, we will sort the rest of applications in thematic boxes to access them faster. It does not have as many customization options as other launchers but if we like this way of working, it is most useful. Beware of the free version: it includes advertising on some menus. We can eliminate it by buying the pro version. 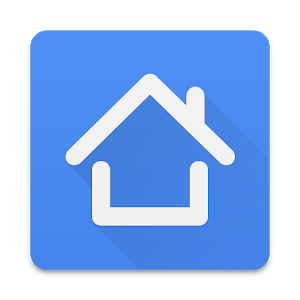 An institution of the launchers and one of the best options if what we are looking for is a more classic aspect. Apex has aged well but unlike other options, has decided to keep a more classic and not renewed on the outside.

It is still very agile, with many shortcuts and actions but today is a valid option for the most nostalgic. It is very easy to configure and if we do not want to go with complications is a very good option. In old mobiles it works like a charm. 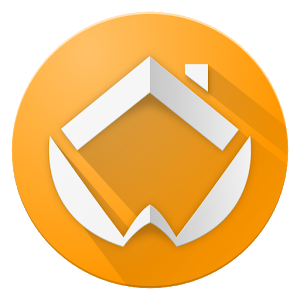 Another classic but that unlike Apex has been renewed. Last year, in fact, underwent a major change and ADW Launcher has adapted to the times: imitate the appearance of Pixel and from there offer many customization options.

It has all the options we can expect from an advanced app launcher: change icons, modify the grid and choose how many icons we want to see … If you tried it in your day, it was the header launcher of many ROMs, it’s time to return to him because you will be pleasantly surprised.

Eleven options in total and another stack that is available on Android. As we have seen, many of them try to emulate the most basic aspect of the operating system and from there, they are adding options of all kinds. In terms of performance, we can rest assured: everyone is very fluid.

Any current launcher will give us an excellent performance. The key to choosing one or the other is personalization and getting used to the way you use it. The best is to try all and find one that we are comfortable with.

Choosing one or the other is a matter of taste. Although some are more complete than others, in the end based on try and try we are staying with our favorites. Precisely based on experimenting and configuring everything we have found in Google we have ended up taking this list with the eleven best options.

Installing a launcher and leaving doubts can take only five minutes and yes, although we are very used to our desktop, it is worth leaving there and see what more options there are.