A couple of weeks ago we talked about the explosion that has to be produced with the ‘gaming’ monitors, and that several of the major companies in this of consumer electronics will not ignore the growing interest that is occurring in this Type of peripherals. Samsung is one of them, and the protagonist of this story we have a good test. 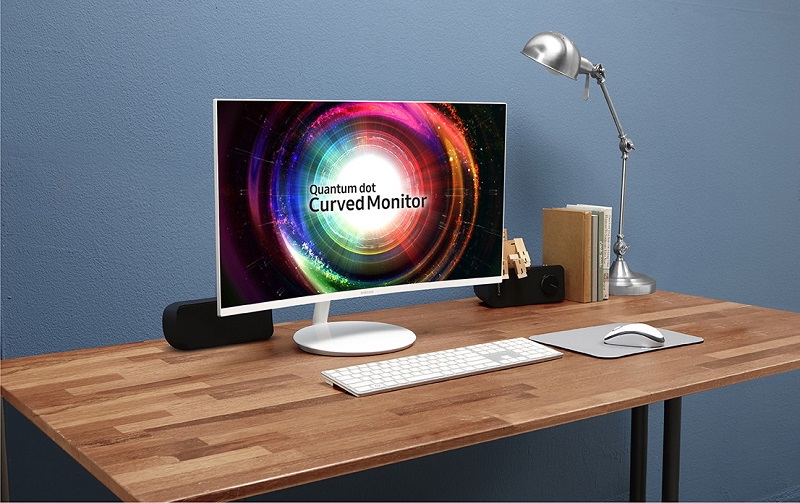 In August the first important steps were given a couple of models technology: already anticipated many of the features that Koreans wanted to offer the general public Quantum Dot on a monitor to play, high level of curvature, and a design that keeps The expected level in Samsung. For the new CH711 keeps this line in two sizes, 27 and 31.5 inches.

In both cases, we find a resolution WQHD – which are 2560×1440 pixels – an interesting amount to play, more realistic computer graphics for the 4K. Technology Quantum Dot house is a proven way to improve the color and quality in LED panels, which you had more detailed information in this article.

You may also like to read another article on Web2GB: The Philips 43 inches 4K monitor looks like a TV

As for the curvature, as Samsung presents it as 1800R, which translated into our language is a radius of curvature of 1.800 mm. I’m not very fond of screens with curvature, but I understand that in the closeness and position that we can give a game monitor can have its charm and improvements.

We really have no price and availability dates stop this model, since what Samsung has done is the same that are making LG and others, to advance things that are going to teach in the CES 2017. Well for heating motors, either by taking them out a bit of an event in which there will be other devices that eclipse them.

In the event of Las Vegas will also be present other Samsung monitors that we must not lose sight: we will see a 28-inch UH750 and 4K resolution that moves in response times of 1 millisecond. There will also be some SH850 – 23.8 and 27 inches – less technologically capable but especially careful in design.