Encompassed practically in the high range of benefits and technical features, the Lumia 950 that makes it a temptation for anyone Windows user on smartphones and intends to renew terminal, or someone who is convinced to use Windows 10 on a smartphone and want to take a very good experience with the camera, screen or battery.

Great value in the design despite its discreet finish

I anticipate both the review of the Lumia 950 XL as our first experience with this Lumia 950 that the finish was not exactly a strong point of these terminals, so you might consider nearly a betrayal by Microsoft. This is not to use plastic or not, or at least not only that, but the experience and sense of attention to detail and not found in the Lumia 950, a model that all this time has not passed us to be in the range high. Not even in a mid-range level that is already “focused” on the use of better materials in this Lumia. 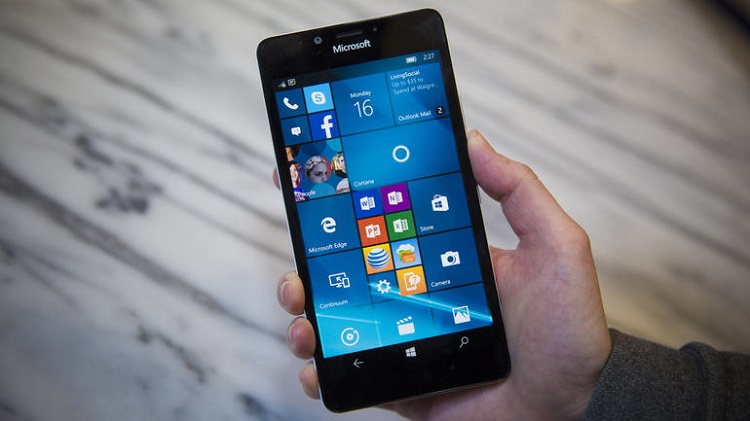 Leaving that point aside, the other elements of the design of this Lumia 950 we placed in the area of “best” balance of assessment after a month of use. It is a smartphone with large screen (5.2 inches), the dimensions have seemed very correct, but especially in making it easier to use on a daily basis: the weight, width and thickness. Without being record, these dimensions are well balanced.

But certainly, for me the best design of the Lumia 950 is the combination of removable battery, microSD slot (despite having input with 32 GB of internal memory) and, on some models, dual SIM. It is just that in certain profiles more professional smartphone use may be looking for, without forgetting a premium consumer sector such configurations on other values, such as software.

Camera and screen that will not disappoint

For the peculiarity of the interface and Windows Phone before Windows 10 now, the pixel density of terminals Lumia panels has never been a headache for the user. So I think not opt for a 2K panel not have meant much difference experience with this model. But since Microsoft has put it, we enjoy it.

The more than 550 dpi in its 5.2 inch panel is a joy, as are blacks and contrast AMOLED panel when we are playing video or viewing photos. Also the sensitivity of the panel is the high level to which we have become accustomed Microsoft (and formerly Nokia), and all this, lest we forget.

We should see if a possible resolution reduction could have led beyond the day of use autonomy, just for 3000 mAh offering. As in the best terminals in the market, what matters really is on the fast load that can make that battery, about 75 minutes for the entire Lumia 950, drawing on the USB-C port. A tip: you get yourself several charging cables or someday you bear the unpleasant surprise that your co-worker does not have a USB-C to leave.

As for the camera, the Lumia 950 has made us forget about finally running times and shot incompatible with a good user experience. Not long ago the sensor and interface was a reference but that situation is no longer such, so that competes you to you with other solutions on the market.

The value against the competition of this Lumia 950 is mainly in the resolution of its sensor, 20 megapixels, as well as the good performance in night scenes in a hard hand in hand with the Galaxy S7. But the camera of this Lumia 950 no longer makes a difference to offset other disadvantages in the day.

You may also like to read another article on Web2GB: Huawei P9, now its fight one on one with the high-end

The specification sheet and it happened with the Lumia 950 XL in your review, we’ve missed you so much that there was an identification mark. Use secondary camera with our iris can run on a laptop or desktop, but on a smartphone is not intuitive, practical and much less effective. After 5 minutes we forget about this option, which was a big bummer because there was no quick way to maintain access to smartphone safe. Not least with the great idea that has meant the fingerprint reader.

Windows 10 is in its infancy for mobile (and Microsoft knows)

Microsoft has in hand an operating system that seems comfortable, different and with great successes in the notification center, configuration and input curve for new users. But he continually collides with a lack of applications that each little promise to solve but that never comes. And the credit, if we look at the market shares in recent quarters, has exhausted him.

Again, as happened with the design, the ecosystem of Windows 10 seems more tuned for business users with a good browser, a great mail client, integration of services and applications own Microsoft and messaging clients and basic communication, can be comfortable. And if you invest you should not forget the role Continuum, another dominating element possible but within the “small minority” that already represents the operating system on the market.

The fact is that if you intend to use the Lumia 950 as a user – level intensive consumption with alternatives level applications and games designed for mobile platforms, now is not advisable to opt for this terminal.

This problem ecosystem must add that level of performance, Windows 10 does not take full advantage of optimization has always been able to show off a Lumia terminal. No significant flow problems but do not appreciate it all happen instantly without waiting as us about other operating systems even outside the high-end. Waiting for a second for an option or application to open or close can be exasperating.

Finally, the potential of Windows 10 in smartphones we see nothing exploited or even in applications that carry a good development, and as we said, the time and the future no longer give more opportunities.