Logitech G613 is the first wireless gaming keyboard launched by the Swiss manufacturer. Wireless connections and Bluetooth are absolute novelties for online gaming, where cable has always been the protagonist. Will Logitech succeed in producing a product that meets expectations? Let’s find out together … 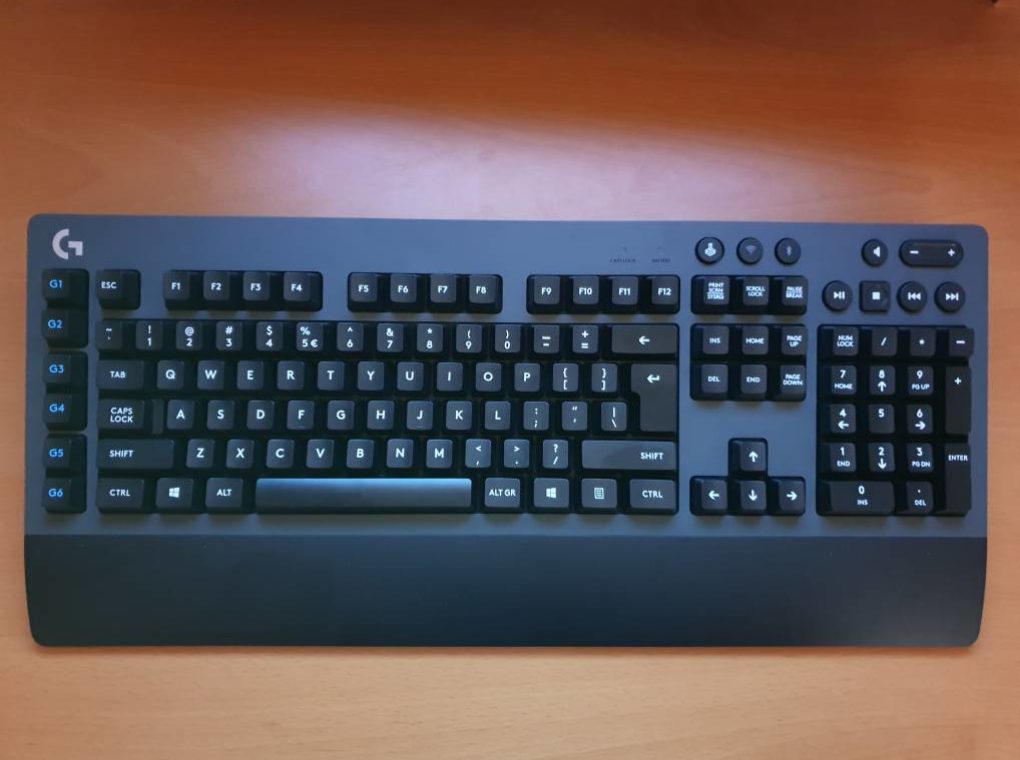 In general, desktop keyboards have very similar layouts to each other. The Logitech G613 gaming keyboard is not much different from other models, with the exception of a row of 6 programmable macro keys on the left side, and a series of multimedia keys located just above the numeric keypad. Above the function keys F11 and F12 there are two status LEDs, one for the Caps Lock and one for the battery, while the one dedicated to Num Lock is absent.

Next to the two LEDs, two buttons are used to connect the keyboard in Bluetooth or Wireless mode, while the third button is useful for activating the game mode, which disables the Windows, Menu, and FN keys, preventing unwanted interruptions during PC games. The keyboard weighs about 1500 grams and offers a robust construction with decidedly large dimensions. The main frame of the keyboard is in dark gray with buttons and black wrists at the bottom. Unfortunately the wrist rest is not removable so if you’re used to something more compact, you’ll have to take this lack.

The Logitech G logo is printed above the silver keys on the left side. Located on the right edge, near the top, there is an on / off switch with the writing G613 printed next to it. In the back we find two feet that allow us to adjust the inclination, and the compartment that houses two AA batteries, already included in the package. 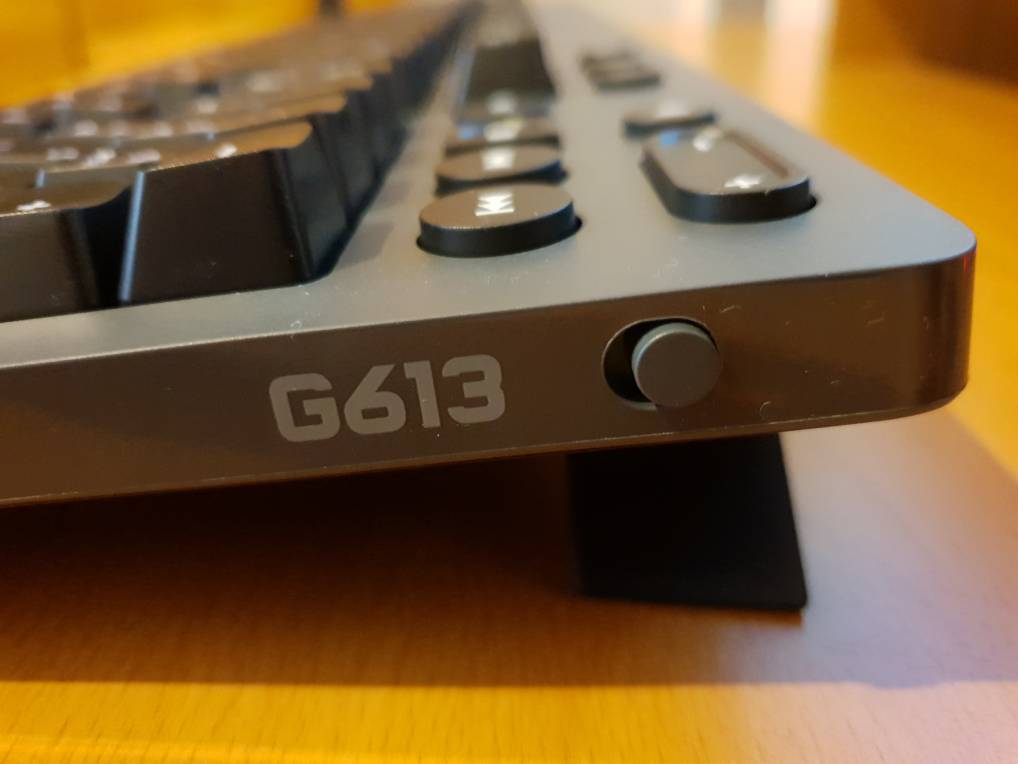 The Logitech G613 keyboard can be connected to the PC in two modes: via LightSpeed Wireless or via Bluetooth. In the first case, connect the supplied USB adapter, press the dedicated button, and wait for the installation of the Windows drivers. I note that the adapter is similar to the Unifying receiver present in other Logitech products, but the latter is not able to recognize the G613. If you have a Swiss house mouse then you will need to use both.

Alternatively, you can connect to your computer or other devices via Bluetooth by pressing the relevant button on the keyboard, and pair it with your smartphone or another compatible device. In the package there is a telephone support, so you can connect via LightSpeed to your PC and via Bluetooth to your smartphone by switching from one to another, with the push of a button. Having done this you will be able to use the keyboard in all its aspects and functionality. 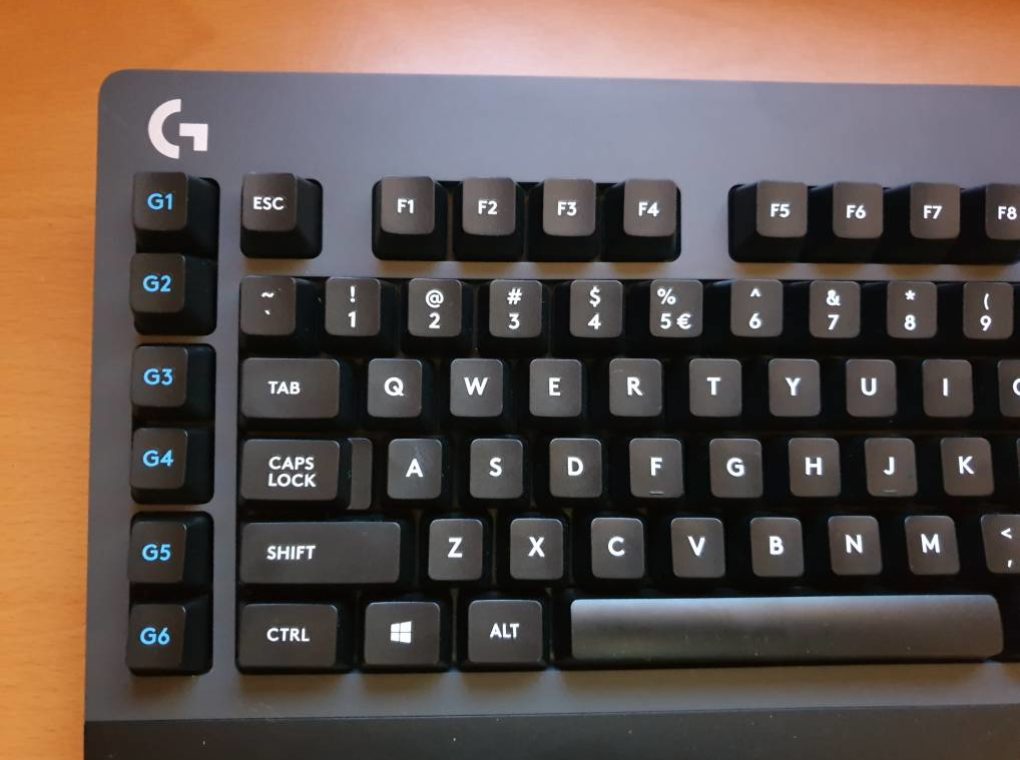 Of course you can use the keyboard as it is, but Logitech has created the dedicated LGS software that allows you to assign macros or other functions to the six programmable keys. Once executed, the software will scan the PC for the installed games; if you want you can also do it manually if you want to add others. The programming of the keys is quite immediate, just select the macro key and then enter, a mouse function, a shortcut key, or a specific command.

In addition to this you can set specific game profiles and lock certain keys that can interfere with gameplay like the Windows key. A fun feature of LGS allows you to track the keys pressed during the game, creating a sort of thermal map that the most hardened players will surely appreciate. 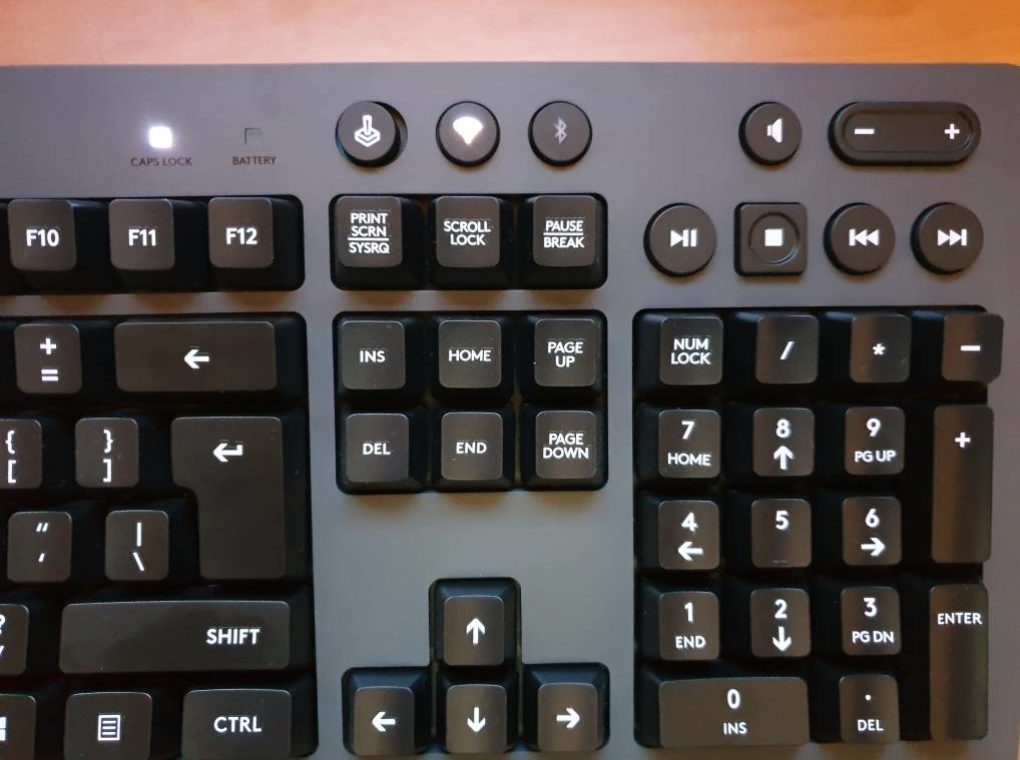 For years, players have favored cable connections because, at least in the past, they guaranteed greater stability and speed. As mentioned in the opening paragraph, wireless gaming devices are slowly gaining ground for a number of reasons, including freedom of movement and the absence of cables scattered around the desk. In the case of the Logitech G613, LightSpeed technology promises to be even more powerful than some wired counterparts with its 1 ms speed, ensuring extremely fast and highly responsive connectivity.

To be honest, I have not personally seen any difference between the response time between the G613 and the wired mechanical keyboards that I’ve tried in the past. Ultimately, this type of technology adopted by Logitech is to be considered successful and professional, offering extraordinarily consistent and responsive performance, something that every player should want for their gaming devices. 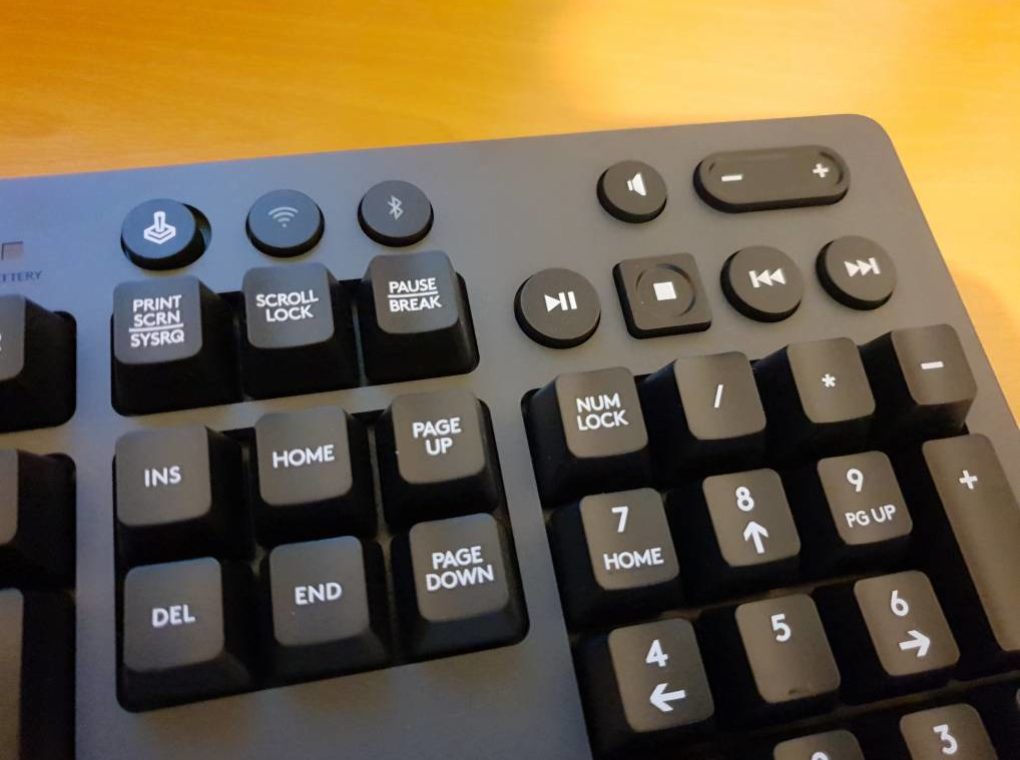 As a lover of online gaming and after having tested it intensely, I can say that after the initial diffidence, the feeling was surprising. I have always used low-key keyboards, both for traditional use and for video games, and I must say that at the beginning I struggled a bit ‘to find myself. Fortunately, things have improved, and now I’m appreciating the merits and even some minor flaws.

Logitech’s “Romer-G Tactile” keys do not have the snap due to the mechanical structure, but are soft to the pressure and there is no need to force input. The response time is immediate, no lag or delay in LightSpeed mode or even in Bluetooth mode that on paper is more “slow”. So far the positive aspects, but unfortunately I must also point out something that I did not like. The row of macro keys is placed in a position that sooner or later you will unintentionally press, or, they prevent too easily reach the WASD combination, so dear to lovers of “shooters”.

The keyboard is not backlit and the layout does not exist in other language. In any case, my considerations are not to scare the potential buyer; the G613 is an excellent device, equipped with performing technologies and that online gaming lovers will appreciate. Its appearance may not be too flashy compared to peripherals of other competitors, but here Logitech has put aside the appearance to give priority to the “substance”. Ultimately, a truly valuable product, which opens the way for new potential solutions, even if the price starting from $120 is not affordable for all budgets. 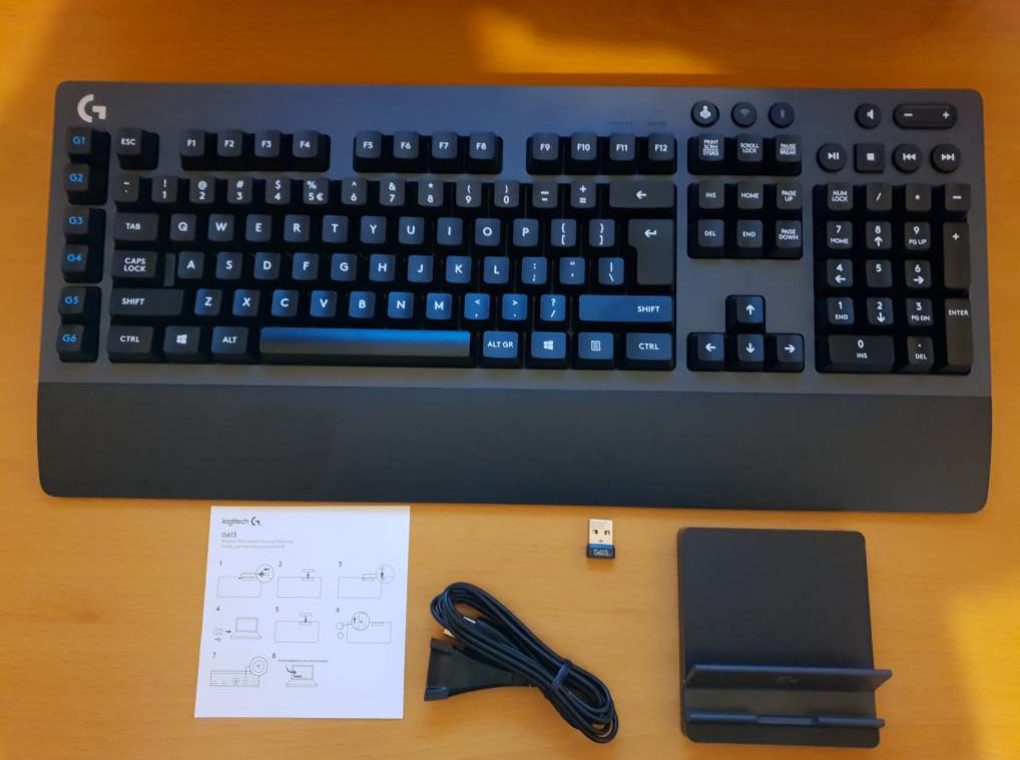