The issue of the adoption of renewable energy is something that is present in our day to day, and almost every week new projects and initiatives seeking to leave the cities that dependence on fossil fuels and migrate permanently to the use of known clean energies. But to be honest, many of these projects are in good wishes and wonderful ideas. 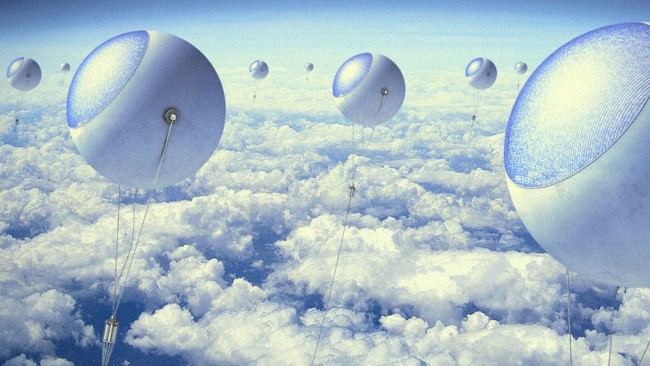 Just yesterday we knew an interesting project that seeks to make better use of solar energy to generate hydrogen and electricity at the same time. And today we’re back to a project that seeks to improve the efficiency of the known solar panels, how? Simply placing them in high-altitude balloons.

A great idea with a complicated implementation

The biggest problem facing solar panels, is the use of solar energy, which depends on weather conditions and the amount of sunlight they receive daily, still, photovoltaic cells are only just able to take advantage of a part of the solar spectrum.

Ideally, solar panels could be placed where clouds do not interfere with sunlight, with this in mind, researchers NextPV, a laboratory operated jointly by the French CNRS and the University of Tokyo have developed a solution consisting of balloons equipped with solar panels, which would be able to float to an altitude of up to 20 kilometers, thus avoiding interference from clouds.

At this altitude, sunlight is more intense and concentrated solar power is more efficient, so that the use would increase considerably. So far, everything has a certain logic and find no surprise, the point is not known whether this idea is feasible both the financial side and the practical.

The researchers did not specify the costs that would lead a project of this type, so it is not possible to compare the benefits they bring this idea against what we have today, this being the first major hurdle.

But that’s not all, as it also faces practical obstacles, since the balloons need to be connected via wires that could be a serious problem for aircraft, in addition to a failure in one of these balloons may cause falls and potential accidents, not to mention that at this altitude the pressure could affect hydrogen that keeps the balloon afloat.

Despite all this, in NextPV they are convinced that the idea is viable and are already planning the launch of a prototype during this 2016, and from these tests attempt to resolve the questions and adjust many of the potential drawbacks.