web2gb.com
Powerful Simplicity
Home » Apps Reviews » How important is the purchase of Workflow by Apple and how to start taking advantage of this app

Why Apple is so important to this acquisition? 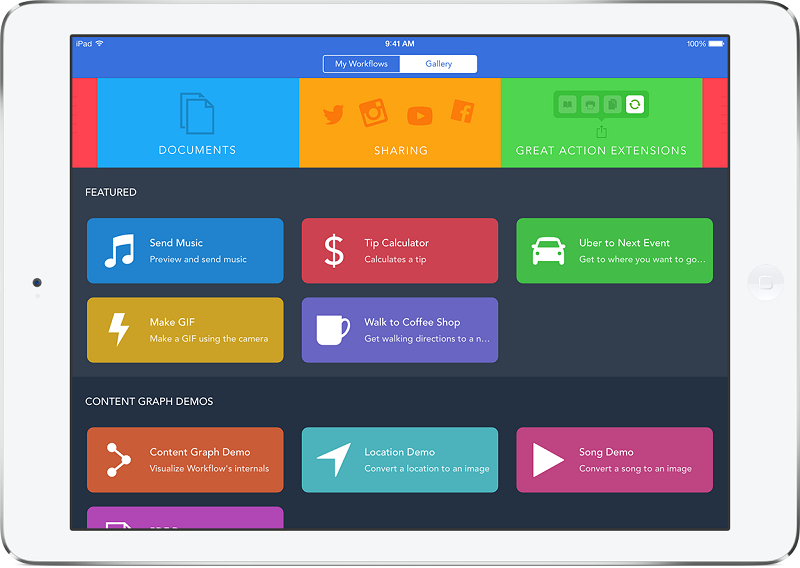 The purchase of Workflow, its system and the union of the developers to the Apple team has a series of advantages and direct and indirect consequences. It is an acquisition that nobody expected, despite the good feeling between the creators of the application and Apple.

This acquisition affects as follows …

We may not see it on iOS 11, but sooner or later the purchase of Workflow will show its fruits in iOS. The essence of the application is its ability to communicate to different applications with each other. Apple has the URLs and Workflow actually feeds them, but creating a comfortable system of communication between apps is in the hands of Apple. Developers are doing as much as possible with URLs, and since iOS 8 with extensions it’s all more comfortable, but there’s still way to go. 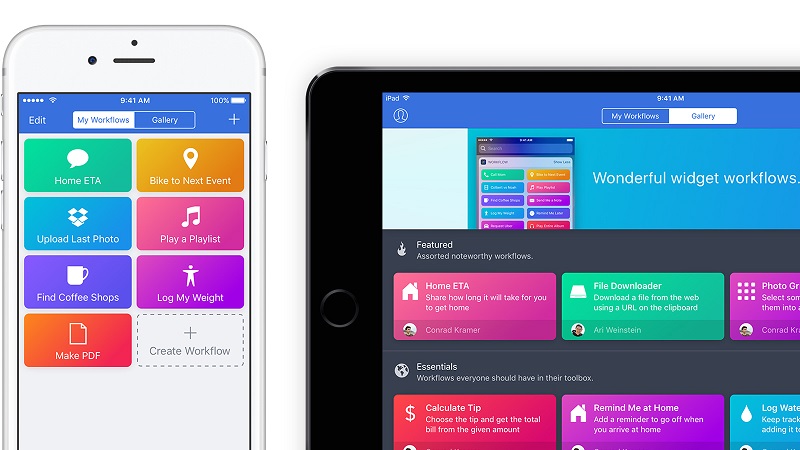 What you can do with Workflow for iOS today?

The operation is simple, despite how enrage the app can be. You create a new workflow and choose the actions you want done and the order in which you have to do them. For example, if you want to take the last screenshot, publish it on Instagram and then delete it from the Photo Library, this workflow will do it.

There are dozens of predefined workflows both in the Workflow gallery and in Internet directories. We have gathered some of the best, here are a few …

Each user has their own needs and their way of using the phone or the iPad, so in this sense, it is advisable to try and create your own workflows. These are just a few examples, but the integration of Workflow is much greater, grabbing applications of the most diverse, in addition to iOS features.