Gemini 2 is a software to search for duplicate files designed by MacPaw, author of the excellent app CleanMyMac 3 and CleanMyDrive 2 to mention the most famous. The software of this house are generally well designed and in line with the latest news of the graphic interface of the Apple operating system, and of course Gemini 2 is no exception.

As you can see from the screen at the top, the app comes with a clean and really essential graphic interface, with the logo on the left, a big button with the plus sign in the middle and the caption on the right, all on a gray gradient background which makes it sober and elegant. We have a single central button available to add the folders or hard drives we want to control, or we can simply drag the paths on the window from the Finder (actually there is also a smaller, star-shaped button at the top right showing your ranking, but I do not think it has any real usefulness).

As soon as we have selected the folder, the screen will be changed and you are ready to add more or by clicking on Search duplicates will start the actual scan. In our test I decided to feed Gemini 2 a hard disk where I keep the jobs waiting for delivery, at the time of testing the size of the space occupied was 303 GB. The operation lasted very little, only 5 minutes, much less than I expected. 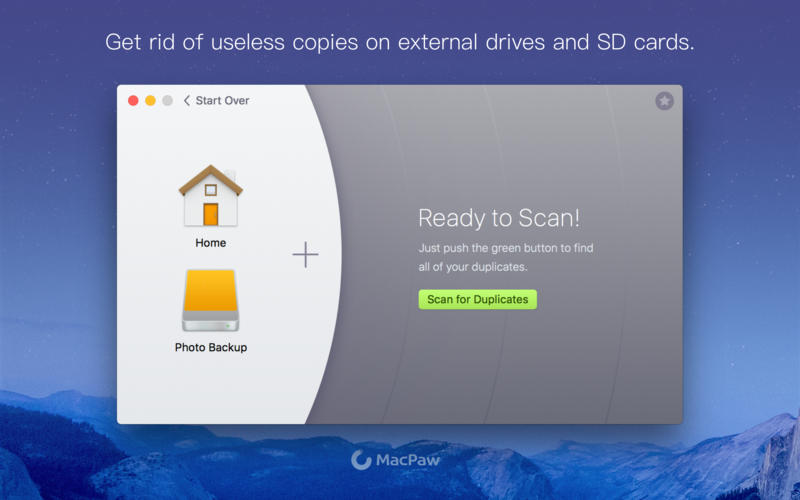 At this point the screen shows us how much space we could free if we deleted all the duplicates found, but first we must pass (and rightly) from the verification phase, by clicking on the Check duplicates button. You can also restart the scan using the appropriate button on the top left, perhaps to add other folders to check.

As soon as we click on Check duplicates we will be taken to the verification screen. On the left we have a sidebar where we can filter the results based on what interests us.

Duplicate identical: the files and folders are completely identical, in all respects. In this section we can filter between all duplicates, Folders, Images and Videos. In my case there are no other types, but I think the list of filters is dynamic, so if there is music there will also be the music filter and so on. All the files that we will select in this section are actually duplicates, and if we do not need them, it will be useful to eliminate space. But now let’s move on to the interesting part of the software, especially if you are dealing with photos.

In the Similar Files section there are the files that are not formally the same, but they are similar in many aspects (we think of RAW and JPG of the same photograph, or of a sequence made with the burst). I must say that I am really impressed by the power of this software and by the way of recognizing similar files. 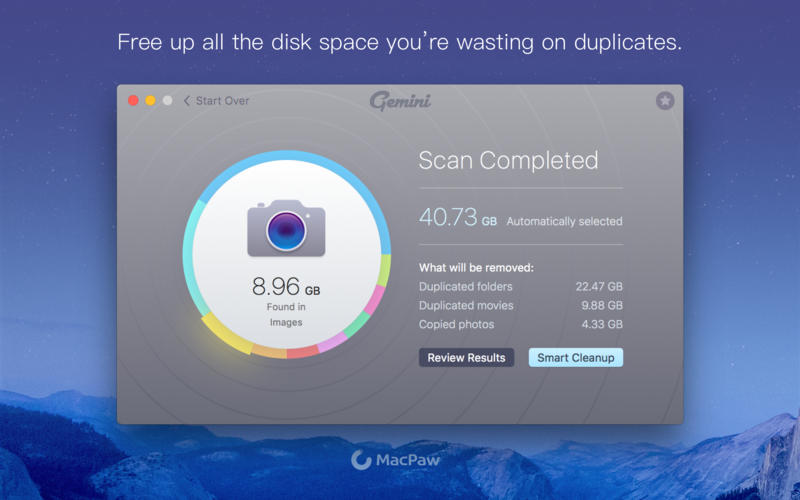 As you can see from the screen I have a file in 13 potentially similar versions, and these are sortable through the highlighted icons: the road sign sorts the results according to the route, the calendar by date, the weight based on the space occupied on disk and the asterisk by extension. These are all very useful criteria for deciding which files to keep and which ones to select for deletion.

In my case I had the RAW color image, the TIFF processed with sepia effect, 8 other versions of the same image taken with the burst, 2 TIFF of another version and a further TIFF in a subfolder. The preview provided by the software is based on the preview generation engine of OS X and therefore works as much for JPG, TIFF, BMP, etc … as for RAW supported, also under the preview is always indicated the “weight” of the file, the date of the last modification, the path with the possibility through the magnifying glass to open the relative Finder window and the dimensions in pixels.

I tested the ability to adapt the software and I manually selected all the smaller files that I use for sharing on social media, and already at the fifth selection the software has identified the parameter of my choice and has me asked if I wanted to select all the files of that type in this scan, and if I wanted to keep the parameter also for subsequent scans. Actually I checked and applied the chosen method to the other folders as well. 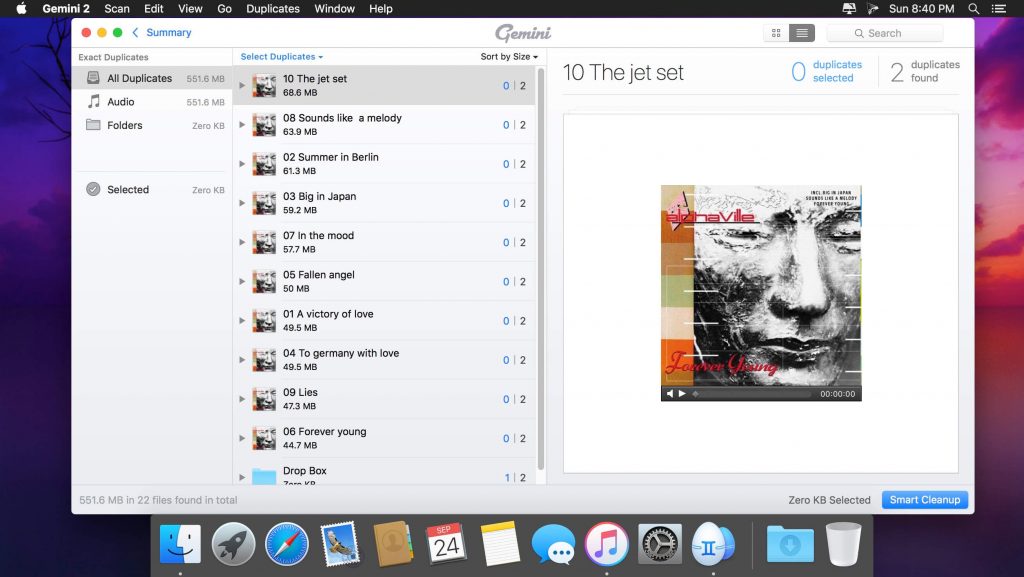 Clicking on Remove will start removing the files, but in reality these will simply be moved to the trash so that it is the user, with the emptying, to delete them permanently.

In the final screen we have a summary of what we have eliminated, but also the ability to control (and restore) the items that were actually moved to the trash or to return to the control screen to eliminate further.

Gemini 2 improves its predecessor in every aspect, from the graphical interface to the functionalities. The software is lean, fast and beautiful to look at. It does its job in a simple way and, in my opinion, just the simplicity and the didactic graphic interface, in addition to the powerful tools it has, make it the number 1 software to search for duplicate files on OS X. The software is also located very well in Italian without forcing or linguistic distortion and the texts are well framed in the buttons and in the graphical interface in general. Gemini 2 costs $19.95 on the Mac App Store and is worth every penny.