Plans are in place to put a new pensions bill before Parliament which could radically change the amount people will receive in their retirement. 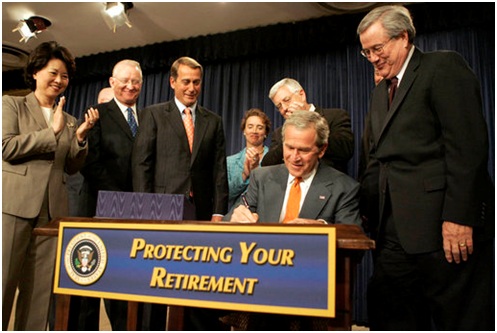 Work and Pensions committee chairman Frank Field is proposing a bill which would mean members of defined benefit pension schemes have their incomes cut. The MP says people paying into final salary company pensions must realise that such schemes may not meet their liabilities, and so need to make the payment levels more realistic.

These proposals could become part of a ‘mega bill’ to deal with the issue, but the Labour MP for Birkenhead is also planning a separate bill which would prevent companies paying generous dividends at the expense of pension schemes. Separate to this, there are also plans to tighten up regulations of pension schemes. The need for new rules became apparent when it was revealed that BHS, which collapsed in April, had a pension deficit of half a billion pounds.

Mr Field fears that many company schemes will not be able to deliver what their employees are expecting, according to FTAdviser.

In a letter to the Chancellor of the Exchequer, George Osborne, Mr Field spoke of his concerns about gaps in regulations which allow the chance of unstable master trusts being introduced to the market. These could put the retirement savings of thousands of investors at risk.

The pensions bill was included in the Queen’s Speech in May, at Mr Field’s request. This would protect people in master trusts, restructure how financial guidance is delivered to customers and remove barriers stopping consumers who want flexibility in accessing their pension savings.

Keeping on Top of Financial Regulations

The proposals to bring in more regulations have been welcomed by many financial advisers, who had called for moves to safeguard people’s savings

Financial advisers have many duties, including keeping records, keeping on top of changes to these rules and making sure their clients’ assets are safe and secure.This role has many facets, so any way of streamlining the administration or back office systems for financial advisers should be considered. There is further information about back office systems from http://www.intelliflo.com/.

Investing in special software also helps to keep all your records in one easily accessible place at the same time as making sure they meet all regulatory requirements.