web2gb.com
Powerful Simplicity
Home » Software Reviews » Ethics and code: “I programmed this missile or I was out of work”

With more and more technology present in our lives, it is difficult to take a look around us and not see a product or service that has not had to go through the hands of a programmer. However, the job of the programmer does not always consist of having a web upload and display correctly or that our car can calculate the fastest route to a destination.

In a war, if a remote-controlled missile is fired, it takes a software to end up reaching its target. Before drilling to extract oil, many parameters need to be studied to make the operation a success. Even when you are thinking of buying a plane ticket online and suddenly you see that the price goes up the next day. They are processes based on lines of code and, for all of them, it takes a programmer (or, rather, a team of programmers). Is there ethics in the world of programming? We talk to several programmers who work or have worked in different sectors to answer this question.

For the privacy and security of the interviewees (several have confidentiality contracts) we will keep their identities a secret. We will use fictitious names to refer to them, but all the cases we document below are real. 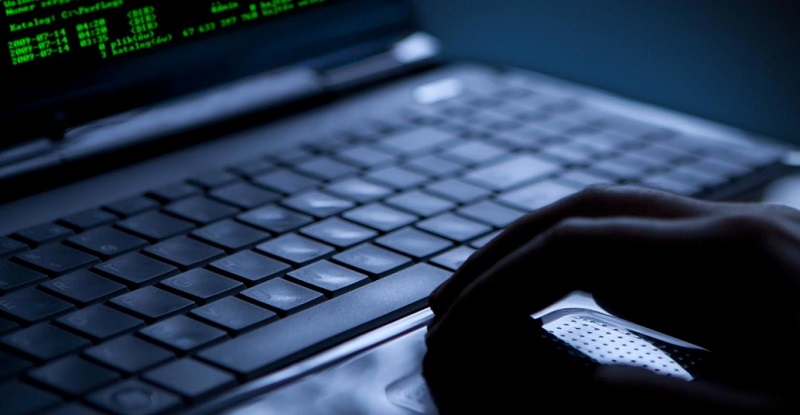 There is no choice: either you do this or you leave

Pedro, 36, has more than ten dedicated to programming for different companies. Among other projects, he was developing software for military purposes …

When I came in I knew what was coming, and I accepted it because, even though I was programming to make the weapons more effective, I always thought it was to use them in self-defense. But the dilemma arises when you see in the news that a missile you have helped to program has been used to attack a city and that there have been many dead.

Juan, 32, worked for a well-known oil company that needed software to calculate where and how to build new oil wells …

I was more or less accustomed to organizations such as Greenpeace criticizing us or even demonstrating at the door of our office, but my job was to program software capable of calculating at what exact point it was better to do a drilling. I understood the controversial environmental point, but I thought it did not hurt anyone. At least directly. One day, I found out that one of the prospects we programmed was used at some sites in the Niger Delta and caused a huge natural disaster, apart from a major conflict with the people there.

Luis, 29, was part of the team that programmed a well-known flight search website …

The truth is that we were a little surprised when we saw that in the instructions we had had to program that the web psychologically pressure the user to buy the ticket. And we got it by simply making the price of the ticket that the user had consulted would go up in price every time he entered again. It was not much difference, but when we introduced another variable, show that they were getting fewer seats, when in fact it was not, it was a fairly effective combo.

To the three of us we asked the same question: what if you refused to do what happened? The answer was unanimous: they could not be denied. No one asked. “If you did not say it and tried to change jobs, which is what I ended up doing,” says Juan. In other words, either they programmed what they were asked for, or they were left without work. This is logical if you end up working for a military project or for a controversial sector like the oil, but do programmers know at all times what they are programming?

Companies that hide information from programmers

As a reference, we show Pedro, Juan and Luis this Medium article in which a Canadian programmer told how he developed a website about a drug for adolescent women. In that web there was a survey that the visitors had to fill and, depending on their answers, theoretically recommended one medicine or another. In the end it was always recommended the medicine of the company that paid to program the page. And apparently, this Canadian developer discovered that a girl ended up committing suicide by the side effects of that drug that was being promoted on the web. Some side effects that, presumably, the programmer was unaware of.

Pedro believes that “the programmer knew at all times that he was falsifying a survey so that a recommended drug would always come out and I would surely have looked at what kind of medicine it was.” And Luis completes: “Even if I had known that the drug had harmful side effects, it was a job for a client and it does not have the appearance that it was illegal because the decision to buy the medication rests with the consumer, I would have done it without questioning myself nothing”.

Then we asked them if they knew at any moment what they were programming. Pedro confirms yes and gives us the example of when he was developing software to launch torpedoes from a submarine:

That you try to convince yourself that you are working on something positive or to help society defend itself does not mean that you do not know that you are developing the software that is going to cause a torpedo to split in two a boat. It is a very specific and clear process in which the objective is that the torpedo is placed under the ship in question and exploded in an exact place to cause its structure to collapse and to sink. It is impossible not to know what you are doing.

However, Juan, who worked for an oil company, confesses that there were times when they were hiding data:

Once upon a time we were given altered coordinates so that we would not discover that we were calculating perforations near a protected natural sanctuary. We ended up realizing because it did not make sense to drill with these coordinates, and from there we started to distrust much of the company.

Luis, who also knew what he was doing when he participated in the programming of the flight search website, adds that many times programmers do not have an overview of the project they are working on:

When you are part of a team, you tend to play a part that may not make you think anything ethical. Simply because you lack context. This happens in large projects that are subdivided into many tasks.

What options are there?

If it is normal for companies to force you to sign a confidentiality agreement, or you try to hide sensitive information so as not to influence your productivity, and also in large projects, it is very difficult to discern whether the tasks are part of a dubiously ethical purpose. What options do the programmers have?

Pedro is clear: look for a job in a sector free of controversy …

I after a while in the military decided to try my luck in public services, government websites and so on. From my experience and that of other colleagues, ethical dilemmas arise in sectors where there is money involved: military, pharmaceutical, oil, financial, marketing … I would be very surprised that a web developer of a cultural project Ask him something strange.

Juan, for his part, believes that there should be a part of professional ethics and deontology in the training of programmers …

When I studied, I do not remember any mention or warning to these issues that we met later. I think it is important to be taught so that at least we are aware that in the world of work we are going to run into sensitive situations.

In this thread, Jose Manuel Garcia Carrasco, professor in the Department of Engineering and Computer Science at the University of Murcia, and referring to a code of ethics for engineers approved by several international organizations in 1999 software, thinks it would Several challenges in addressing the deontological question, including the definition of what is a programmer and what not …

To be a programmer, should you have studied Computer Engineering or is it a craft-type knowledge that anyone, with skill and time, can develop? Put another way: can anyone develop and sell a computer application or need to belong to the professional college of computer engineers?

And there would be questions about who is to blame in the event of a software failure, which body would ensure that that hypothetical global deontological code is met, what would be considered correct or not …

“Even if we refused in mass to program according to what things, there would always be someone who would do it and surely for less money”

In the end, and unfortunately, the current output for the programmer who faces a few lines of code that will be used for dubiously ethical purposes is to give up his job. “And even if we were to refuse in mass to program according to what things, there would always be someone who would do it anywhere else in the world and surely for less money,” says Juan.

As it stands, it seems to be an issue that does not depend so much on programmers, but on decision makers, the bosses who call for such unethical tasks or the corporate management of Wall Street. And that is much more complex to solve.