Do you remember the HP computer speaker ‘360’ integrated? Well Samsung has one equal and just made public through Amazon, where it is already available for booking, with prices included. The Korean company has made public its existence in their social networks, but does not give us much information as Bezos shop.

This new line will be called Samsung ArtPC Press and as you can see in the images; the design is at least striking, based on a circular tower 30 feet high. Almost reaching the upper area, we have a different design that matches the technology surround speaker Harmon Kardon. 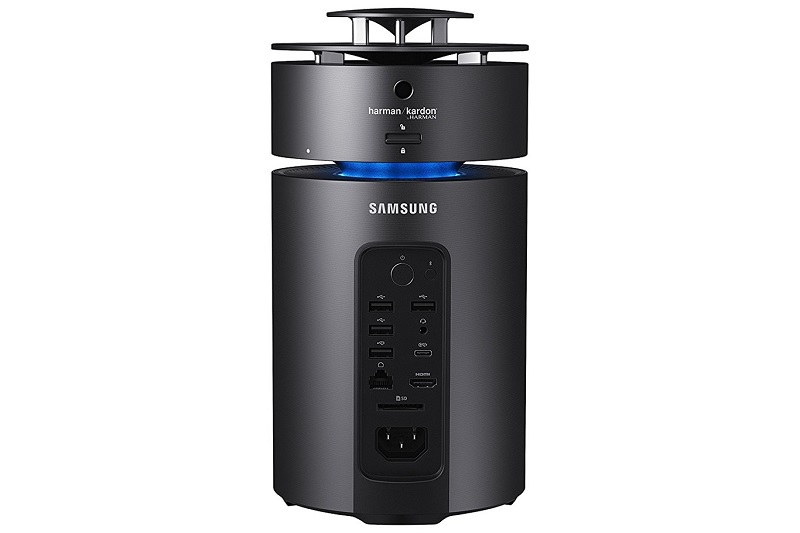 They take little get similar products from other houses, by its circular design, but the truth is that this is something else, and in the world Windows 10 there too similar product. To begin we must say that the body of the tower is made of aluminum, and its dimensions are quite compact for what is inside.

The zone dividing the two sides has a multicolored LED lighting system also aims at 360 degrees. The design is attractive generally; perhaps I left over the last two upper plates, which I understand will be the design for the speakers fulfill their mission.

Although not too seems, details, its cylindrical shape automatically reminds us of the Apple Mac Pro.

The controversy is served

Samsung has not yet told us anything in depth, but in the description of Amazon tell us that it is modular. In the most expensive product they tell us that the 1TB hard drive is added in this way.

But what’s inside your computer? Well, we can find a couple of fairly competent configurations will be available next October 28 in the United States: