web2gb.com
Powerful Simplicity
Home » New Gadget  » Coyote is a drone to be sacrificed in a hurricane to help us to know them better

New utility for flying vehicles, this time with an unhappy end for integrity. The drone in question is called Coyote, the company develops Raytheon and its mission is to get inside a hurricane, where he will collect all possible information in real time. 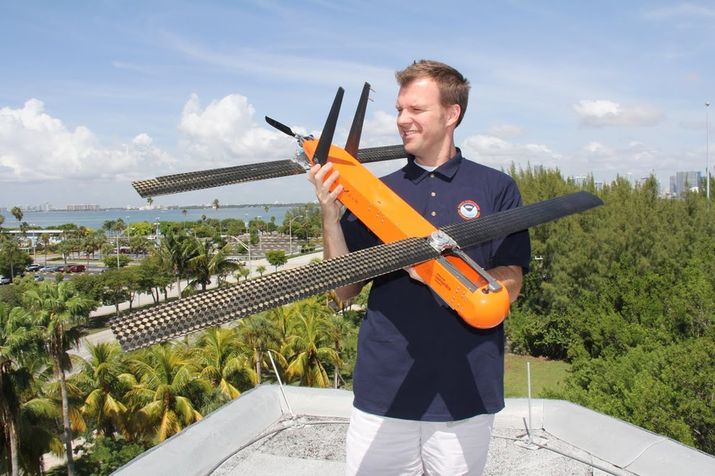 Scientists do not see too much trouble to end the life of Coyote, we also see major drawback if this information is obtained from the most intense area of atmospheric phenomenon, also known as hurricane or tropical storm.

Thanks to other technologies such as satellites, increasingly has more about this phenomenon – temperature, wind speed, precipitation – and is easier to predict the strength and direction with which it moves, but still do not know too much about phase forming over the sea.

For predictions, you want to get more detailed information than taking satellites

This is the reason that in the US NOAA (National Oceanic and Atmospheric Association) is developing low-cost drones. Whereby there record the duration alive, we can better predict what will happen.

It is not the first time that elements are introduced into the hot zone, we have seen probes with parachutes, but the length of the device in contact with atmospheric phenomena is quite low, in addition to information collected vertically – falling – when it would be interesting stay around the core for data in more detail in position and time.

You may also like to read another article on Web2GB: Robit is a charming robot to be a great assistant for the entire family

Scientists believe that where the force of the storm originates is in the lower area including the ocean surface, and called “boundary layer”. It is very difficult to stay there with a vehicle, and that is the main challenge for Coyote.

Really being tested with two models, said Raytheon Coyote you have in the image, and a more modern Piasecki Whimbrel . In both cases they are dropped from manned flight. The drones have wings to glide, and are obviously built to be very strong.

For Coyote is special because it is able to get flying for an hour, and can send information from the heart of the storm, as it has radio communication with the aircraft that launched – communicating from a distance of up to 80 kilometers -. About Whimbrel little information, it has not even had its first flight.

Tags:Coyote drone sacrificed in a hurricane