Although we often do not give it the attention it deserves, the router is the heart of our homes connected and through it pass all data, videos, photos, network games and other multimedia information to which we access daily. The operators install us basic models that cover the contracted connectivity and little more, hence we consider if it is necessary to change them by a more advanced equipment.

And not only to improve WiFi (since for this we have other alternatives such as access points), but to have more wired connections, advanced functionality, mount a server, share networked disks, etc. Is it time to change models and complement or replace the one that our ISP has given us? Here you have our updated guide with the keys to do it and a selection of models with the latest features.

Hardware in which must fix

If our budget were unlimited, we would not have many problems to choose. We went to the store, asked for the best of the best and took it home. As we normally have to stick to a specific economic amount, we must be aware of some basic considerations before choosing a new router to not waste resources.

First, we have to calculate more or less how many users we will be at home at the same time. And I do not mean only humans accessing the Internet, but also other connected computers that will do updates and downloads on their own (consoles, smart TV, mobile phones, sound and image equipment, etc.). So we can distinguish between sporadic, intermediate and advanced users.

In the first case we probably do not need to buy an additional router, because with the operator will be more than enough and we will not notice many improvements if we are not thinking about using advanced features.

But if we are more than 4 or 5 concurrent users at home, then a new router can be the solution to cuts in WiFi coverage and the easiest way to add extra functionality and avoid bottlenecks.

For this, we have to look at the hardware of the computer, which processor has, if you have a generous amount of RAM in the amount of antennas and ports available. The better the hardware, the greater the workload you can handle without slowing down. For example, some advanced models already come with dual-core CPUs and 256 or 512 MB of RAM with which they can service 4 or more demanding simultaneous users without messing around. 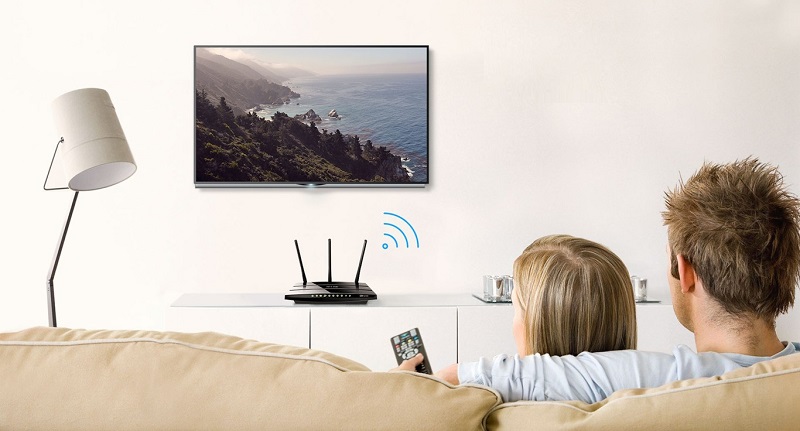 It is one of the most important points of our new router, as it will determine how fast we can connect through network cable. Typically, all new models come with Ethernet ports at 1 Gbps, although there are still models on the shelves of stores at 100 Mbps that we must discard immediately. How many ports do you have? Normally, they come with 4 for the LAN (to connect our devices) and another one (WAN) to which we must connect the output to Internet from the modem of our operator.

Also consider whether we want additional connectivity in the form of one or more USB 2.0 or 3.0 ports. There are even models that come with SD card reader or M2 ports for SSD disks, as we’ll see later in some example.

Thanks to them, we can share content in streaming with all the equipment of the network simply connecting the memory or hard disk to the router. It is also possible in some models to use them as an automated backup system, as a local print center, and even to save BitTorrent downloads if the router can function as a client of this P2P network, or to mount an FTP server to which Access from anywhere in the world.

It is also important to pay attention to the number of antennas available and whether they can provide multiple communication channels simultaneously to supply different devices at the same time (e.g. several mobile phones, tablets, smart TV, computers, etc.).

It is recommended that the router have technologies such as MU-MIMO (Multiple-Input, Multiple-Output) and Beamforming, which improves signal reception thanks to the orientation of the energy emitted by the antennas in a narrow beam directly towards the device that we are using at any time.

ISP serial routers come with basic versions of WiFi N that work well with one or two devices at a time, but fail if we make intensive use of the wireless network. If you want more speed, your new equipment will have to be WiFi AC (i.e. compatible with the standard 802.11ac wireless communications), which in addition to the saturated 2.4 GHz band works in the 5 GHz to provide better coverage and Speed achieving minimum numbers of 433 Mbps but combining several streams of data can reach 1.3 Gbps in even the most leading devices 1900, 2400 or 3200 Mbps.

It is also advisable to consider whether the router has advanced protocols for job management. This is generally referred to as Quality of Service (QoS), although each brand then calls it in a different way, but essentially allows the router to intelligently redirect traffic across different frequency bands (e.g. a channel in 2, 4 GHz with WiFi N and two in 5 GHz with WiFi AC) giving priority to devices and applications that need more speed and less delay.

Another point to emphasize is the one related to the user interface. Some models offer us simplified interfaces but with advanced features we can easily manage from a desktop application rather than using the usually slower web browser. This point may not be very interesting if we only configure it once, when installing it. But if we need to access the router frequently the interface should be simple and manageable.

It is also appreciated that you have additional software functions such as the ability to create an FTP server, a VPN network, have integrated malware detection, advanced parental control, BitTorrent client, etc. However, they may be extras that we will not take advantage of and that will increase the final price of the router, so we should consider whether or not to use them before buying it.

You may also like to read another article on Web2GB: WD Blue SSD, 1TB to work fast and very intensively

A selection of interesting models

Once we have more or less clear what type of router we need and the features we want inside it comes the time to go to the store and choose model. Then you have a selection with some of the most interesting that are now on sale and with prices starting from approximately 60 dollars. 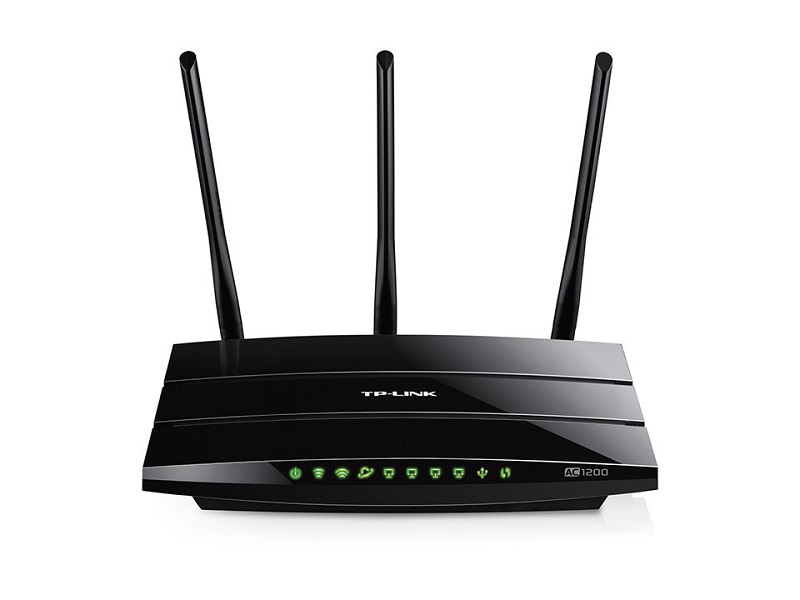 It supports 64/128-bit WEP, WPA, WPA2, WPA-PSK and WPA2-PSK data encryption and to facilitate its basic configuration we can use the free “Tether” application available for both iOS and Android devices. It is a basic router that went on sale with a price of 89.90 dollars but now can be found for less than 60 dollars in online stores. 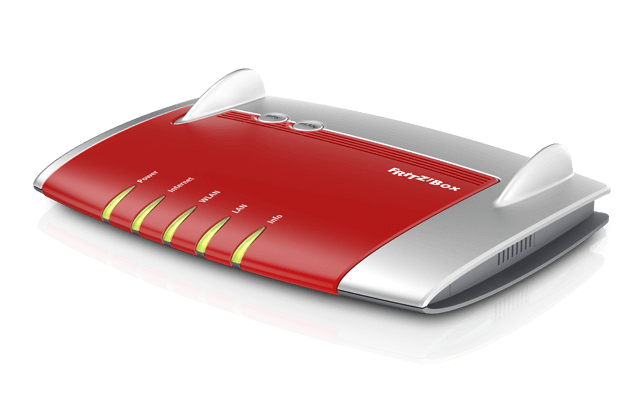 In the past IFA 2016 AVM presented its new range of routers, including the FRITZ! Box 4040, a device with the traditional compact and flat (226 x 160 x 47 mm) aspect of the brand but with updated hardware at the same time. Standard WiFi AC.

It offers a wireless access point for users who want to upgrade their operator’s serial router in their cable, fiber or xDSL connections, which we can connect to the Gigabit WAN port. It also has 4 Gigabit Ethernet ports for the computers in our local network as well as WiFi in dual band capable of reaching 866 Mbps in 5 GHz over WiFi AC and up to 400 Mbps in 2.4 GHz over WiFi N.

It uses AVM’s FRITZ! OS operating system with a simple interface that we can access from a PC, mobile phone or a tablet. The antennas are located inside the housing and are not adjustable. As for the connectivity, it incorporates a USB 3.0 port for our hard drives and memories that we want to share in network and another USB 2.0 to connect slower equipment like printers. 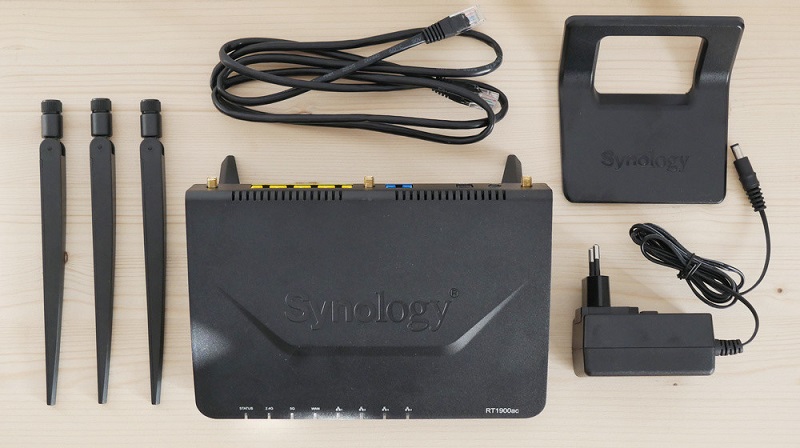 A little over a year ago we were able to thoroughly analyze the Synology RT1900ac, a mid-high-end model that is still very valid and features an ARM Cortex A9 dual core CPU at 1GHz, 256 MB RAM, three high gain antennas And can operate in dual band at 2.4 and 5GHz reaching maximum speeds up to 1900 Mbps.

It comes with 4 Gigabit Ethernet ports, another USB 3.0 and Synology SRM management software that facilitates control from mobile terminals to simplify basic functions. After a few weeks of use, we were able to verify how it was positioned as one of the best routers in the market, mainly for its management software.

Its original price was around 200 dollars but now can be found for something more than 170 dollars since it is not a model this season.

It has five Gigabit Ethernet ports (four for the LAN and one for connecting to the modem that gives out the Internet), a USB 3.0 port, a 2.0 port and is governed by a 1 GHz dual core processor supported by three auxiliary coprocessors in the moments of more workload to minimize possible slowdowns. It has 256 MB of RAM and a 128 MB Flash to hold updatable firmware.

It supports WiFi Protected Access, with WPA / WPA2 protocols, has dual firewall protection (SPI and NAT) and a DoS attack prevention system. Smart-Connect intelligent load management ensures that each device connected to the network is assigned the fastest possible WiFi connection at any time optimizing the workload to achieve maximum speed. Its price is currently around 225 dollars, depending on the store. 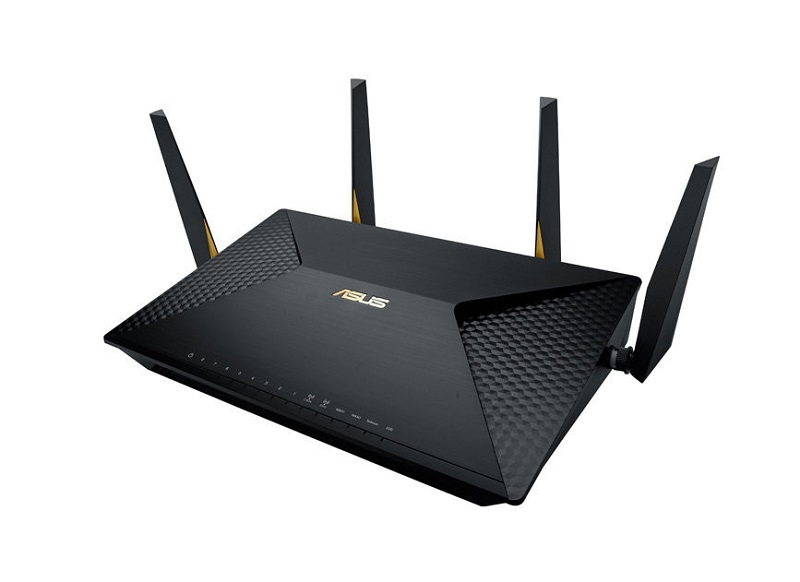 ASUS announced a few weeks ago the launch of a new high-end router designed for advanced users looking for the latest in wireless connectivity. It is the BRT-AC828, a WiFi dual band AC capable of reaching speeds up to 2534Mbps. It incorporates 4 receiving antennas and transmitters that use the AiRadar technology of the mark in combination with beam forming to concentrate the power of the signal in the devices that accede to the local network.

It has two 1 Gbps WAN ports for Internet access that can be used in combination to achieve speeds up to 2 Gbps or that can be configured as primary and secondary access so that, in case of failure, the first one automatically connects to the second available option. It is compatible with an LTE dongle that we can connect to its USB 3.0 port for use as primary or auxiliary access to the network when there is no fixed connection available.

It also has a Trend Micro malware detection system that scans data before it reaches devices connected to the network and an encrypted Virtual Private Network (VPN) service. But undoubtedly stands out by the incorporation of an M.2 port to which we can connect SSD disks for general storage or to mount a NAS at the maximum possible speed.

Price and availability? It will arrive from February for a price of about 350-400 dollars (a figure still to be confirmed) with the intention of positioning itself as one of the most leading models of 2017, so if you are not in a hurry and have a large budget can be one good option.