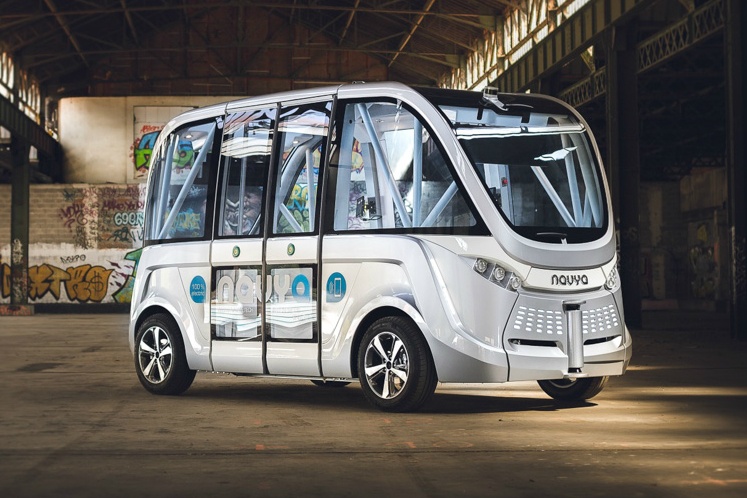 Google has such vehicles in the retina of people are not pioneers, would detract from those who actually saw feasible move a car without a driver, but if it is true that Google did “popular” and many are the icon of this technology.

All well within plans with autonomous cars, and there are plans to bring them out to the street and that advances are substantial compared to last year, but when we thought that everything was slowly but surely announce us that by the spring of 2016 and would the first two independent buses on the streets. Place? Switzerland, specifically in the city of Sion where they will be part of the public transport system in tourist areas. With this announcement we imagine cars that can carry a couple of people, to make them travel but with a larger group of people, with all the responsibility that it.

These buses belong to the BestMile, a company created by alumni of the Ecole Polytechnique Federale de Lausanne (EPFL), Anne Koymans and Raphael Gindrat, startup in January 2014 and designed algorithms Koymans Gindrat be installed in two buses for 9 people Navya French company and will work together with the company CarPostal, the largest brand of public transport in Switzerland. This marks a precedent for BestMile as it is the first commercial contract signed since its founding.

The vehicles are able to recognize the terrain, obstacles, people, animals and any external standard that can intervene in their way, say the creators of this technology.

While these independent buses will be able to perform their daily work independently, its creators know that you need them under supervision operators can remotely see the path of the bus and intervene in case of emergency, taking control of bus if necessary.

You are nearly end of this article, while we recommend you to read Intel introduced a new platform for IoT… and keep connected with us.

Another important aspect is that the environment in which circulates buses will be defined and adapted for these vehicles can move more smoothly and avoiding situations that may complicate its operation.

This bus system may be the beginning of an explosion of autonomous vehicles, indeed, I think the people of Google and Tesla are very aware of how this type of buses, implementation and results works, this will depend on the arrival of their autonomous vehicles in a short or long term.