According to the CEO of Apple, the programming should be a required course in schools because of its importance for the present and future.

Tim Cook presented himself very young programmers who participated in ” Time Code “given at an Apple Store located in Manhattan.

Apple CEO took time to say to the audience that wants to see the programming is a required course in schools such as the English language and mathematics. 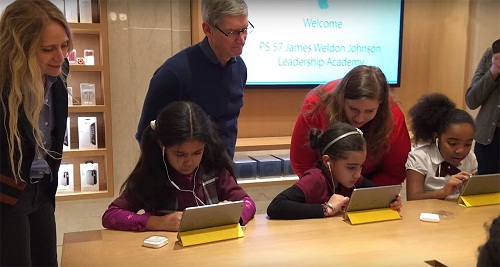 Tim Cook suggested that the programming may be as important as other courses because it helps develop logic and analysis of things start to finish.

Microsoft for its part launched courses and free workshops for young people between 12 and 25 years, with “I schedule” Redmond aims thus boost learning programming.

In my experience with programming, both desktop applications such as web development, I can say that schedule something from scratch and seeing the final product is one of the best experiences of satisfaction that I have because I think something that did not exist and is the As to what exactly needed.

Video of Tim Cook and his visit