The segment of notebooks dedicated to video games takes time especially excited, and the proposals cover all types of gamers. One of the most curious is the one offered by the new Acer Triton 700, which arrives in fact with GPU called GTX 1080 Max-Q and, above all, a cooling system that promises to dispel without problems all the heat generated by this beast of the Graphic power.

This equipment is also remarkable with a design in which we find a disturbing surprise: the touchpad is above the keyboard, not below. That coupled with a really measured thickness and a generous screen will try to turn this product into a benchmark of an increasingly juicy market.

At Acer have followed that trend that allows gaming laptops are no longer especially heavy and bulky machines: we have a team up to the teeth that arrives with a maximum thickness of 18.9 mm and weighing 2.6 KG, very figures Acceptable for a team with this orientation.

In this “ultra-thin” design (at least for a gaming laptop), there is an interesting difference with other equipment: the touchpad, which instead of being under the keyboard is located at the top, next to the screen. The keyboard, by the way, is mechanical and backlit, although the course of the keys is limited due to the equipment’s own thinness. 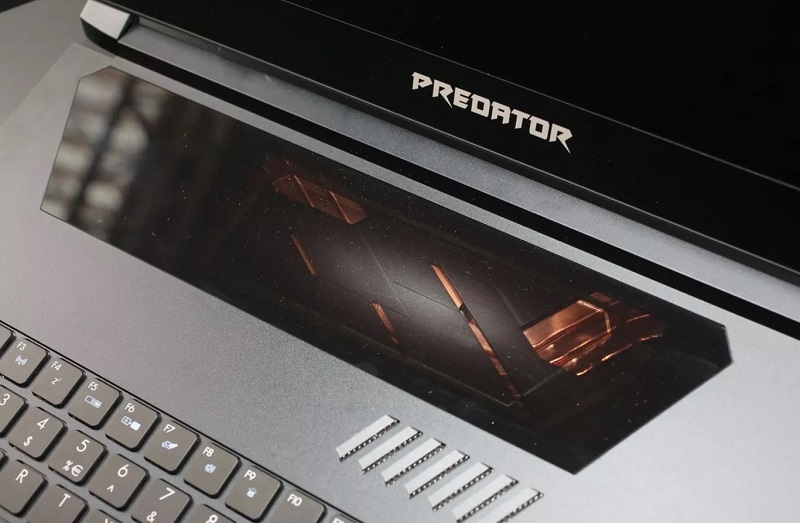 That touch surface is actually a Gorilla Glass plate that also lets us see the real-time operation of the AeroBlade 3D fan and the five “heat pipes” that help to cool the internal components.

Putting that touchpad in that position is a compromised decision – there is no wrist rest area, for example – but it is true that in order to play the users probably take advantage of a mouse connected to one of the USB ports of the computer.

The Triton 700 also comes with an Intel Core i5-7300HQ or a Core i7-7700HQ, up to 32GB of DDR4 RAM and up to 512GB of capacity through an M.2 PCIe SSD. That CPU is accompanied by the unique NVIDIA GeForce GTX 1080 Max-Q, a special version of the graph of this manufacturer that has been profiled for this equipment. It is a version with a modified clock frequency that retains the 8 GB of GDDR5X memory of the conventional models.

The 15.6-inch screen is generous in its diagonal, but in Acer have preferred not to go to great resolutions and limit us to a screen of 1920 x 1080 pixels, something that will help conserve battery but that can be disappointing for those looking to play with more detail on the screen.

It is interesting to include a Killer Wireless-AC 1535 2×2 wireless chip with 802.11ac and Bluetooth 4.1 support that has a striking feature: it allows you to take advantage of the combined bandwidth of wireless connectivity and cable connectivity through the integrated Gigabit Ethernet port in the team. The manufacturer, Rivet Networks, calls this technology DoubleShot Pro.

To this set of specifications, we have an HD webcam, two USB 3.0 ports that allow us to charge our smartphone even with the laptop off (Power-Off USB Charging), a hidden USB 2.0 port, an HDMI 2.0 port, another DisplayPort and a port USB-C with Thunderbolt 3 interface.

You may also like to read: ASUS Zenbook UX303, balanced made ultrabook

A refrigeration system to the height 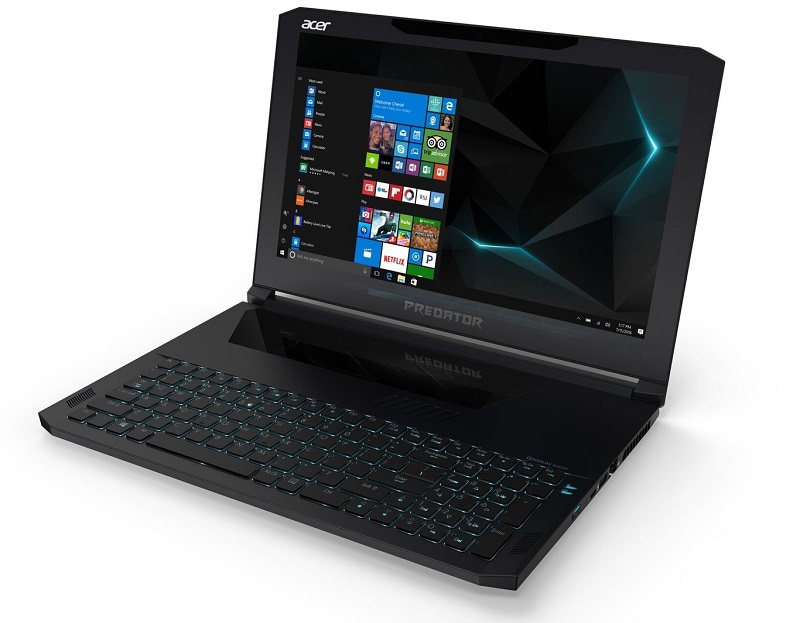 Another of the great novelties of the Acer Triton 700 is the presence of a new cooling system called AeroBlade 3D that is an evolution of the AeroBlade of past equipment and that integrates a mechanism of “gradual” ventilation to optimize the air flow.

In that evolution they have replaced plastic by metal and have reduced the thickness of the “blades” of the fan to increase the airflow. They have also added even more blades by changing the design of each of them to make that airflow increase.

That allows the new refrigeration solution to deliver 25% more airflow than its predecessor, which achieved 2.6 CFM (cubic feet per minute, would equate to almost 74 liters per minute in the international system) according to data from Acer.

In addition to this new design, an “axial fin” has been added which further increases the airflow achieved, which is 35% more according to Acer: up to 3.5 CFM (99 liters per minute).

Will this be enough to keep the temperature at bay? The thinness of the equipment will certainly test this cooling system, and it will be interesting to see if the new AeroBlade 3D technology actually accomplishes its purpose.

Although Acer still does not provide detailed information about the GPU integrated in this equipment, it has shown results of performance tests that allow us to deduce what we can expect in terms of the graphics power of that GTX 1080 Max-Q chip. 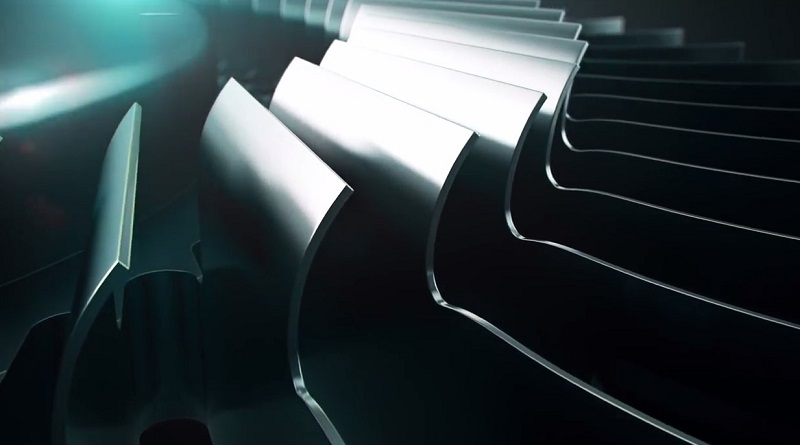 What does that involve? According to that study, NVIDIA is preparing to introduce new versions of the GTX 1080 and GTX 1070 that are more efficient and precisely carry that surname “Max-Q”. The GTX 1070 would thus pass to a TDP of 90W, while the GTX 1080 would go from the current 165 W to the 110 W of these new editions.

This makes it possible, among other things, to integrate these attractive graphics into thinner laptops and to make it easier for cooling solutions – such as Acer’s – to fulfill their purpose.

Of course, they will do so with a “retouched” clock frequency: in this model it seems that the GTX 1080 will run at 1290 MHz compared to the 1556 MHz of the GTX 1080 included in a Razer Blade Pro, which incidentally is quite voluminous And glutton in consumption. That clock frequency and reduced consumption have a logical impact on performance, which drops some integers from the “pure” versions of these graphs.